Protecting the state pensions of state government, public university, and public school employees, and improving health insurance coverage for retired teachers and their dependents, are the goals of three major bills by Rep. Terry Canales, D-Edinburg, which he filed on Monday, February 25, 2019.

HJR 84 would let Texas voters decide on whether the state would increase it’s minimum contribution to the state’s Teacher Retirement System (TRS) and Employee Retirement System (ERS), the two biggest retirement accounts for teachers and state employees. By putting this in the Texas Constitution, it would provide a long-term voter protection to the retirement systems.

HB 2295 is similar but increases the state’s contribution in statute.

HB 2294 would increase the state’s contribution to retired Texas teacher’s healthcare from 1.25 percent of the average state employees salary to five percent. This change would help retired educators who have seen their healthcare costs spike without any increase in their pension.

Canales – who serves as Chair of the powerful Texas House Committee on Transportation – filed the three measures after Gov. Greg Abbott, a Republican, several weeks ago decided against declaring as emergency items those issues of vital importance to hundreds of thousands of active and retired professionals in those careers.

“(During Fall 2018), I wrote to you requesting a special session of the Texas Legislature so that we could immediately address the health insurance crisis facing our current and retired teachers and other public-school employees,” Canales reminded Abbott in a letter dated Wednesday, December 12, 2018. “I followed up that letter with a request to also make adding additional funding for that purpose an Emergency Item in the 86th Legislature so that we can pass legislation on this important issue in the first 60 days of the Legislative Session.”

The Teacher Retirement System of Texas pension fund receives the lowest percentage of state funding of any non-mandatory Social Security state in the nation, according to the Texas Association of Retired Teachers.

“Since lowering its assumed rate of return to 7.25 percent, TRS has seen its unfunded liabilities increase,” said Tim Lee, Executive Director, Texas Retired Teachers Association. “If retirees would like to see any sort of COLA (cost of living adjustments) or benefit increase in their pension fund, the state must increase funding into TRS.”

Unfunded liabilities are the amount, at any given time, by which future payment obligations exceed the present value of funds available to pay them. For example, a pension plan’s plan’s present payment obligations, including all income, death and termination benefits owed, are compared to the investment experience, and if the total plan obligations exceed the projected plan assets at any point in time, the plan has an unfunded liability.

Canales: “If we don’t support our teachers, what does that say about the Legislature’s support for our students and the future of public education in Texas?”

Also in his December 2018 letter to the governor, Canales explained “every year brings some combination of higher premiums and lower benefits for retired and active school employees so that Texas teachers – having dedicated their lives to public service – increasingly have to choose whether to pay their mortgage, buy groceries, or pay for potentially life-saving medications. We must ask: If we don’t support our teachers, what does that say about the Legislature’s support for our students and the future of public education in Texas?”

HJR 84, which if it is approved by the Texas Legislature by May 30, 2019, would go before voters in the form of a constitutional amendment, during a statewide election that would be held on Tuesday, November 5, 2019.

“HJR 84 would require the Texas Legislature and the governor to provide enough money so that the Teacher Retirement System of Texas and the Employees Retirement System of Texas continue to be financially strong now and for decades into the future,” said Canales. “These two enormously important pension programs help keep and attract the best skilled, most talented professionals in public service who protect and educate everyone who live and work in Texas.”

Before becoming effective, the provisions of joint resolutions proposing amendments to the Texas Constitution must be approved by the voters of Texas.

A constitutional amendment is proposed by the legislature in the form of a joint resolution that must be adopted by both chambers of the legislature by a two-thirds vote and be approved by a majority of the voters to become effective.

Canales also filed House Bill 2294 which is designed to provide additional state funding to improve the state health insurance program, known as TRS-Care, for retired teachers and their dependents.

HB 2294 would increase from the state’s contribution to TRS-Care from the current 1.25 percent of the salary of each active employee to five percent.

HB 2294 would not affect the salaries of active public school employees.)

HJR 84 as filed by Canales, has the following language:

BE IT RESOLVED BY THE LEGISLATURE OF THE STATE OF TEXAS:

Section 67(b)(3), Article XVI, Texas Constitution, is amended to read as follows:

The amount contributed by the state may not be less than seven (from current six) percent nor more than 10 percent of the aggregate compensation paid to individuals participating in the system. In an emergency, as determined by the governor, the legislature may appropriate such additional sums as are actuarially determined to be required to fund benefits authorized by law.

This proposed constitutional amendment shall be submitted to the voters at an election to be held November 5, 2019.

The ballot shall be printed to permit voting for or against the proposition:

In late May 2017, Canales and his fellow colleagues in the House had offered a $500 million increase to help fund TRS-Care, with that amount coming from the Texas Economic Stabilization Fund, also known as the Texas Rainy Day Fund.

The Texas Rainy Day Fund, which is largely fed by taxes on oil and gas production, has been at the center of debates during previous legislative session over whether to tap it to help stave off budget cuts or increase funding to major state programs, such as public education, the Texas Tribune noted.

However, the Senate had offered $350 million from the state, but wanted local school districts statewide to provide an additional $134 million.

As of the end of November 2018, the Texas Rainy Day Fund swelled to a record high of $12.5 billion, according to the Texas Tribune.

According to the Texas Retired Teachers Association:

The House Committee on Appropriations Subcommittee on Article III met on Thursday, February 20, 2019, and the legislators’ discussions centered on the Teacher Retirement System of Texas (TRS).

The subcommittee received testimony from TRS and the Texas Retired Teachers Association (TRTA).

Much of this year’s testimony has been focused on two things: the TRS pension fund and the TRS health care system. Both systems require more base funding to reach an adequate state.

For TRS-Care, it’s facing a $230 million budget shortfall this session. However, that shortfall will once again skyrocket for the next legislative session. Increasing the amount of money going into TRS-Care to help offset rising health care costs will be critical.

During the presentation to the House Committee on Appropriations on Thursday, February 20, 2019, TRTA’s Lee stressed several key ideas.

Lee pointed out that now is the moment for Texas to ensure the TRS plan will survive and thrive “or, we will begin a downward spiral with costs outpacing contributions and benefits being reduced. History is clear, and shows that funding now saves pain later.”

The House Committee on Appropriations Subcommittee on Article III will continue to discuss and review options to improve these programs during future meetings.

Other bills filed which would help TRS retirees

Already, the Texas Senate and the Texas House have filed numerous bills that would impact TRS retirees in a positive way, Lee stated in an update to retired teaches and their dependents.

During the Senate Finance Committee meeting held on February 11, 2019, Huffman reviewed the TRS pension fund in detail, and discussed how it would take a $1.6 billion increase in state funding each biennium to make up for the lowered rate of return assumption approved by TRS last year.

SB 393 would increase contributions into the fund, generating the funding necessary to make up for the change by increasing funding from three sources: the state, school districts and active educators.

Many other bills that would impact TRS retirees in a positive manner have been filed and TRTA is now working on bill analysis of them. 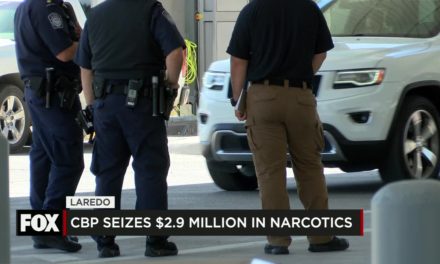 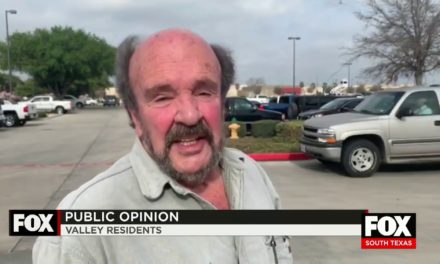 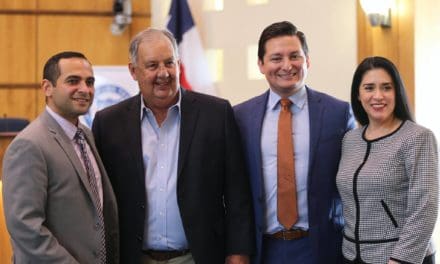 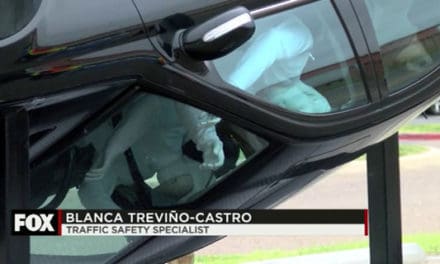 Rollover Simulator Shows the importance of Buckling Up