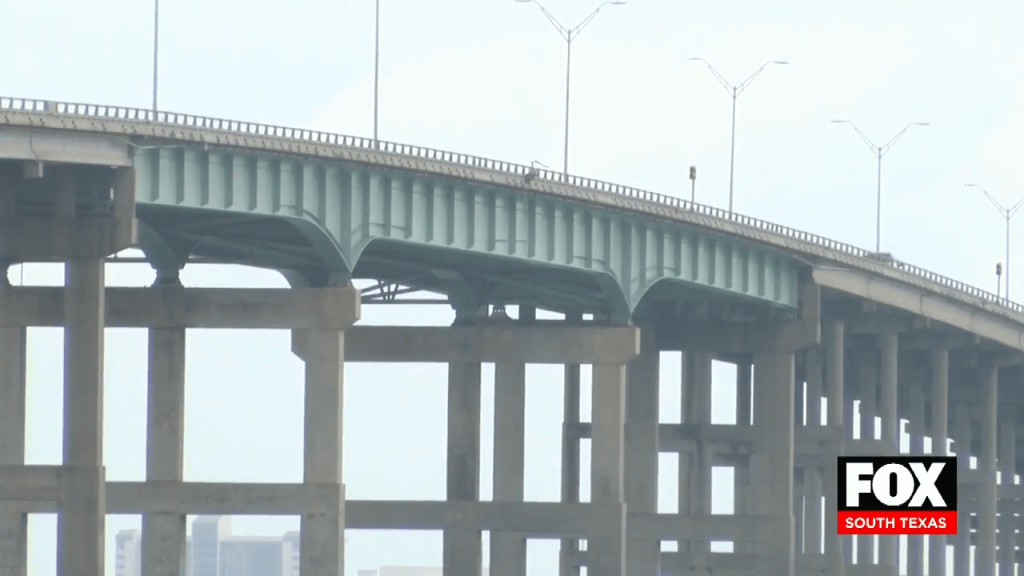 The threat came just one day before the 19th anniversary of the Queen Isabella Causeway collapse. The Hidalgo County Sheriff’s Office received the call around 8 PM Monday.

Cameron County, Texas– Judge Eddie Trevino, Jr. has ordered the closure of County Parks and County beach access areas. In a statement issued by the county, they stated;

SPI To Stop Issuing Event Permits For The Next 14 Days

South Padre Island, Texas– The City has decided to suspend the issuance of any new special event permits for the next 14 days. In addition, they ask that local businesses follow CDC protocols with respect to their individual businesses and venues.

South padre island, Texas– Authorities are beginning preparations for spring break season which is right around the corner. Officials say the third week of March is one of the busiest of the year and they will be applying additional safety measures in anticipation of the increased amount of tourists. Additional patrolling units and medical services […]

South padre island– Officials have begun construction of a sidewalk that will extend through Padre boulevard. This project will be approximately 3.3 miles long and will incorporate a median as well as other features to make it safer for pedestrians to travel through.

Transmission poles lying on the ground of the main boulevard. High tension cables hanging low can still be seen around South Padre Island. Utility crews are working to restore power where outages occurred after the severe weather.

A woman from Sugarland, Texas will spend the next 11 years behind bars, after killing a woman in South Padre Island more than two years ago. 21-year-old Daisy Jo Decker declared herself guilty on nine charges including intoxication manslaughter, intoxication assault and accident involving bodily injury. The accident happened March 2017 during spring break. The […]

“Beach Reach” is a program organized by the Baptist church. They provide free van rides for spring breakers who are not in shape to drive. Besides free rides, they are also given free pancakes while church volunteers speak to them about the gospel. Every spring break, thousands of people make their way to South Padre […]

SPI Police Search For Burglary Of A Building Suspect

South Padre Island Police need your help identifying a suspect. The individual is accused of burglary of a building. The incident happened on January 28. If you recognize him or have any information that can lead police to an arrest, contact the police department at (956) 761-5454. Your identity will be protected.

Being prepared for a major storm is vital for the cities of Port Isabel and South Padre Island, who are the first form of defense against a hurricane.  “We’re constantly preparing there are so many steps that cities can take to prepare to make sure in the event of a major storm. Everything from making […]

South Padre Island officials have arrested a woman that has been on the run for almost a month. Investigators believe 56-year-old Lois Riess killed her husband in Minnesota and fled to Florida where she shot and killed a woman with the intention of stealing her identity. Randy Smith, South Padre Island Chief of Police tells Fox […]

As spring break kicks off, South Padre Island becomes one of the busiest locations nationwide. License plate readers on the Queen Isabella Bridge, help authorities determine how many vehicles go in and out of the island but are also very important during investigations, when officers need to locate a specific vehicle. While officers and agents […]

Police Search For Sandcastle Vandals, Over $24,000 In Damages

On Friday morning at around 1:40 am, four male subjects destroyed the sandcastle in front of the visitor’s center at south padre island. The incident was all caught on camera, you can see the men walking around in front of the visitors center shortly after they begin stepping and horseplaying on top of the structure. […] 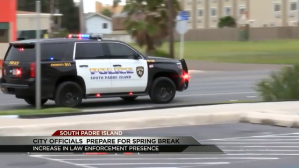 Every year spring break brings in thousands of visitors to the island. With the number expected to rise this year, SPI officials are getting ahead of the game by increasing law enforcement presence. Today through a press conference law enforcement agents said they will be patrolling back and forth on the beaches.South Padre officials will […]

In Laredo, police investigate the discovery of two bodies found on the 400 block of Taylor Street. According to authorities, the bodies were found around 1:30 in the morning today outside an apartment complex. Reports stated a woman alerted police after locating the bodies. Authorities now waiting for an autopsy to determine the cause of death. If […]

South Padre Island Police are looking for a couple of jewelry thieves. The incident happened on the 7300 block of Padre Island Boulevard on August 25th of this year. The two took a gold watch with a value of over 1200 dollars. Anyone with information to the identity and or whereabouts of the man, is […] 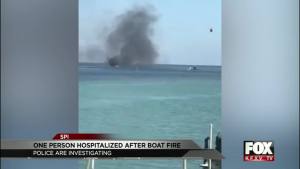 SPI (KFXV) — This afternoon one person was hospitalized after a boat caught fire on South Padre Island. A FOX citizen reporter was present on the scene and sent the video in of when the vessel went up in flames. Authorities are confirming that the fire started on the north side of Port Isabel around […]

Woman Run Over in Early Morning Accident on SPI

SPI (KFXV) — Authorities of South Padre Island are investigating an auto-pedestrian accident. According to investigators, a mini-van struck a 59- year-old woman early this morning while she tried to cross Padre Boulevard. Police arrested the driver for driving while intoxicated. The woman’s condition is critical, and remains  hospitalized.