Man To Spend 17 Years Behind Bars For Sexual Assault

A 34-year-old man is sentenced to 17 years in prison for sexual abuse of a child. Alejandro Duran Chavez was arrested in January 2019, on two counts of aggravated Sexual Assault of a child. At the time of the incident, the victims were 12 and 13 years old. District attorney Ricardo Rodriguez said, “bringing justice […]

Former Lifeguard Sentenced To 12 Years For Indecency With Child

Edinburg, Texas — A man will spend the rest of his life in prison for indecency with a child in Hidalgo County. 57-year-old Javier Alonzo was found guilty on one count of aggravated Sexual Assault of a child and three counts of indecency with a child by sexual contact. Gonzalez was sentenced at the 398th […]

A man is sentenced to 20 years in prison after pleading guilty to sexually assaulting a child.  The incident was reported in September 2017. Texas A&M International University police met with a mother who said her daughter outcried to having a sexual relationship with her music teacher identified as Ruben Guillermo Ulloa. The report states […]

Laredo– The woman accused of disposing of her daughter’s remains is sentenced to 10 years in prison. Monica Yvonne Dominguez was given the maximum punishment for violating her probation in a 2016 case.   On February 2019, while she was supposed to be on probation, Dominguez was charged with tampering or fabricating with physical evidence, namely […]

A 38-year-old Harlingen man will spend several years in prison after pleading guilty to multiple counts of child Sexual Assault.  Eric Sanchez de la Garza was sentenced today. He was given 25 years for two counts of aggravated Sexual Assault of a child, 20 years for one count of indecency with a child by contact […]

Third Suspect Sentenced To Eight Years In Prison For 2015 Murder

A third man pleads guilty in relation to a 2015 homicide case in Laredo. Felipe Arizpe Rosales was sentenced to eight years in the murder of Hector Benavides, who was beaten to death outside the Rumors Country Bar parking lot. The other men who were involved in this murder are Efrain Leonel Hernandez who was […]

WEBB County — It took a jury about three hours to find Mario Angel Gonzalez guilty for the murder of Lesley Sanchez. After hearing the verdict, the 16-year-old’s family members broke down in tears.  We reached out to them, but they declined to comment. Today during closing arguments, the District Attorney’s Office said all evidence […] 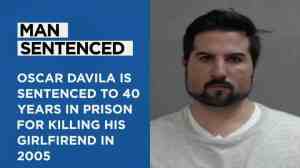 Valley Man Sentenced To Prison After Killing His Girlfriend

Woman Sentenced To Eight Years In Prison For Intoxication Manslaughter

After almost four hours, a jury sentenced Laura Sanchez Saldana to eight years in prison and gave her a 5,000 dollar fine. For Ileana Pedraza, the victim’s wife, the sentence was not enough. She has to live every day without her husband by her side. “I’m not too happy with it. I think its unfair […]

After three years, a verdict has been reached in the case of a man accused of having an improper relationship with a minor. Luis Enrique Mercado was arrested in 2015 after a United Independent School District police officer walked in on him and a 14-year-old student engaging in a sexual act. Mercado, who was a […]

A man accused of stuffing a 21-year-old woman’s body in a septic tank 13 years ago is expected to be formally charged. 40-year-old Aristeo Cervantes, Jr. is will be arraigned at the end of November. Leona Marie Johnson’s body was found inside the tank in Edcouch on the property he used to own. Cervantes was […]

Medical Records released today indicate the West Virginia inmate captured in laredo is indeed 44-year-old Todd Wayne Boyes. Boyes initially denied his identity. After the confirmation, he requested to be released on bond. Salinas said they will appeal the extradition. Boyes was due to be sentenced 15 to 20 years in prison on charges including […] 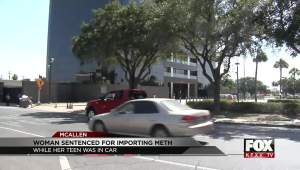 MCALLEN (KFXV) — A woman is sentenced for trafficking methamphetamine with her teen in tow. 37 year old, Dina Maria Palacios — ordered to serve over 7 years in federal prison. The judge noted that meth is one of the worst drugs that destroys people and the high purity level involved made the drugs even […]

Edinburg (KFXV) — The man accused of allegedly shooting a Mission teen entered a not guilty plea.