A mysterious package was delivered to a government employee’s home. Because of this, two workers had to be medically evaluated. “He did not like the contents that were inside the letter so he took the package to the FBI building in Shiloh after they called 911 and we dispatched our hazmat units to the scene.” […] 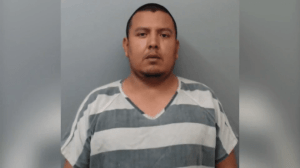 A 30-year-old man was arrested on Thanksgiving day for allegedly kidnapping a person in 2013. Jose Fernando Cardenas Vega is facing charges of kidnapping and engaging in organized criminal activity. On November 12, 2013, someone reported that a family member was in danger and had been taken at the 3200 block of Mier Street. “The individual, he […] 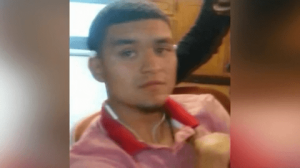 The Federal Bureau of Investigation needs the community’s help in solving a missing person’s case. 17-year-old Jose De Luna was last seen September 22 crossing to Nuevo Laredo by foot wearing red shorts and a black shirt. He is 5 foot, 6 inches tall, weighs about 140 pounds and is a student at Nixon High […]

Laredo border patrol canceled their press conference about an hour before it was set to begin. Instead, they sent out a statement, leaving out details regarding the incident that happened Wednesday. In the statement, they confirmed a woman died as a result of a gunshot wound during an incident involving a border patrol agent. The […]

Dr. Jorge Zamora-Quezada, a physician based in the Rio Grande Valley is accused of health care fraud and international money laundering, totaling 240 million dollars. Zamora-Quezada was in court today to see if he would go into custody or be let out on bond. At the moment the FBI is hoping to find people who […]

Last Friday the FBI raided the Hidalgo County courthouse a second time. This time arresting a bailiff from the sheriff’s department. This morning in a federal court, Oscar De La Cruz was charged with allegedly conspiring to falsify documents, in an attempt to traffic narcotics. Bailiff De La Cruz stood before Judge Scott Hacker as […]

93rd District Court Judge, Rudy Delgado going before a judge himself today after his arrest last weekend. It was Friday afternoon when the FBI raided the court in Hidalgo County following the investigation into his home where they seized several documents. Delgado is accused of accepting bribes after an attorney confessed to having made agreements […]

Authorities continue to investigate a residence in Edinburg.  It was this afternoon when Hidalgo County Sheriff Eddie Guerra confirmed the FBI was conducting law enforcement activity at the 93rd District Court in Edinburg.  A spokeswoman from the FBI confirmed to Fox News that the nature of the investigations cannot be revealed at the moment but […]

FBI report for 2016 sees hate crimes on the rise

14 NOV 17 19:06 ET By AJ Willingham, CNN (CNN) — National hate crime statistics are flawed and incomplete. That’s because bias and motivations for crimes aren’t always clear, such crimes can be underreported by both victims and police, and even when the available data are compiled by the FBI, they still don’t give a fully […]

Image License Photo: Apple Inc. 10 NOV 17 15:34 ET Selena Larson (CNN Money) — Apple once again is finding itself at the center of a debate around law enforcement and encryption. On Thursday, Deputy Attorney General Rod Rosenstein cited the recent Texas mass shooting as an example of why encryption backdoors — or ways […]

Update regarding the FBI’s investigation into the Dannenbaum Engineering Corporation. The Hidalgo County Commissioners voted unanimously to terminate their negotiations with the company. In a closed-door discussion the Commissioners, decided to begin their negotiations with the second firm, Jacobs project management. Dannenbaum was ranked as the number one pick to build the new courthouse. Since […]

EDINBURG (KFXV) — New developments on the FBI raids that took place Wednesday morning at Dannenbaum Engineering Corporation. The Hidalgo County Commissioners Court has decided to stop negotiations with Dannenbaum Engineering and move forward with another firm for the courthouse program manager contract. This comes after the FBI confirmed their presence at the McAllen office– […]

Edinburg (KFXV) – Federal agent’s latest raid is a medical office in Edinburg. The Center for Arthritis and Osteoporosis at the 2600 block of Cornerstone Boulevard was shut down early this morning. A number of police unit as well as a number of unmarked vehicles and a moving truck were on scene. Federal agents were […]

TEXAS (KFXV) — The FBI has confirmed their investigation into several public and private businesses in Mcallen, Laredo, San Antonio and Houston. According to the FBI, agents were at the 1100 block of Nolana at the Dannenbaum Engineering building, including their offices in Houston and Laredo, and at the Laredo City Hall, Public Works Office, […]

Man Arrested for Impersonating an Agent

“I’m the one that bribes the government. Well, on behalf of them.” That’s what one Hidalgo County man allegedly said as he impersonated a federal employee to extort undocumented immigrants out of money. Customs agents were tipped off to a man later identified as Reginaldo Rodriguez impersonating a federal agent with a badge, who offered […]