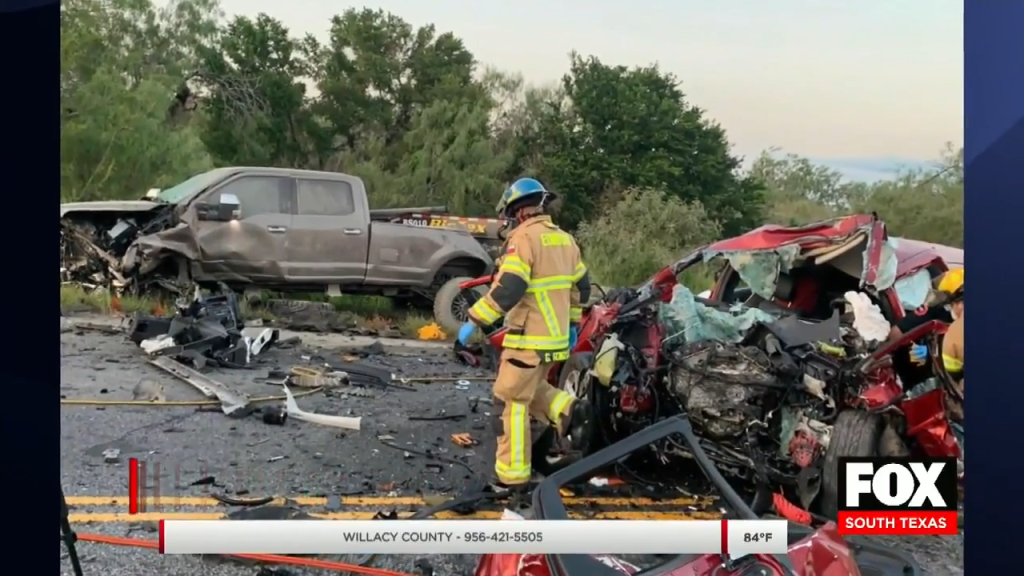 The Texas Department of Transportation is investigating a fatal two vehicle crash in rural Edinburg earlier this evening. Officials learned a maroon Dodge SUV was traveling east on FM 490 when the driver veered into the opposite lane, crashing head on into a gray ford pickup. Click on video to view full story.

A two-vehicle crash near north of Edinburg took the lives of two children earlier Friday evening. Dps investigators say a silver Honda with four passengers was traveling east on FM 2812. Once approaching the intersection of Buenavista Drive. The honda tried to pass another vehicle, losing control. A white Dodge pickup truck struck the Honda […] 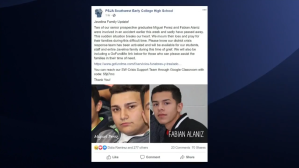 Tragedy strikes two families after  two high school seniors set to graduate  were killed in an accident in Missouri. According to authorities, 18 year old Fabian Alaniz and Miguel Perez were traveling in a moving truck on a work related trip Wednesday afternoon.Perez was driving the vehicle when he began drifting  off the right side […] 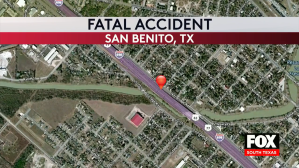 A 9-year-old girl dead after a fatal one-vehicle-accident in San Benito.Cops responded to the 1700 block of West Expressway 77 to a major accident. They say a Ford Expedition rolled over several times before coming to a stop, ejecting the child from the vehicle. The girl was pronounced dead, five others aboard the SUV were […] 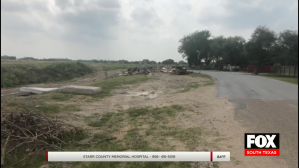 A 26-year-old woman loses her life after an ATV accident in Weslaco. Hidalgo County Sheriff’s deputies say the woman and her husband went on a ride in an ATV close to the intersection of FM 1015 and North Mile 11 around 3 this morning. The driver lost control of the vehicle and fell into a […]

Laredo, Texas– Police have revealed the identity of the victim involved in yesterday’s single-vehicle rollover.

Laredo, Texas– Police are releasing new numbers in regard to fatal accidents reported this year.

Police Investigate Fatal Accident Which Occurred Over the Weekend

Laredo, Texas– Police are investigating a fatal accident which may have been caused by reckless driving.

Starr County– Authorities continue investigating a tragic fatal accident that happened this saturday and that left one child dead.

Harlingen, Texas– A five-year-old girl lost her life this Sunday after being hit by a vehicle. The suspect is now facing charges.

Pharr, Texas– A family is asking for help after losing a loved one in a fatal hit-and-run.

Palmview, Texas– Authorities have identified the man who was hit and killed by a vehicle last night.

A vigil will be held in honor of an EMT and a patient who was killed in a head-on collision nearly a year ago.

Laredo, Texas — Authorities responded to a fatal accident on Zapata highway where one person was pronounced dead.

Police respond to reports of a collision on Highway 359. Upon arriving at the scene, police found a blue Toyota Corolla and a white Chevy Silverado had collided.

Police in Sullivan city are investigating after a man was fatally struck Saturday morning. Police chief Richard Ozuna says the man was with a group of people crossing highway 83 when a driver hit the victim. The man was pronounced dead at the scene. The driver stopped and rendered aid, the victim’s identity has not […]

In Cameron County, the Texas Department of Public Safety continues investigating a fatal accident.  The incident was reported on Tuesday afternoon on FM 510 west of Casey road. A lincoln navigator with three people aboard was traveling west approaching a curve when a Toyota corolla with a driver and passenger was coming eastbound. The navigator […]