Former Texas state district judge Rudy Delgado (66) was sentenced to five years in federal prison followed by two years of supervised release on Wednesday. He was found guilty earlier this year of accepting money hidden in six-packs of beer and other favors totaling thousands of dollars from a criminal defense lawyer whose cases he was overseeing. 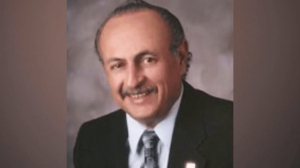 A superseding indictment has been unsealed in the case of an ex-commissioner and a former council member in Laredo. The documents detail how former city councilman Johhny Amaya was involved in the bribery case, acting as a middleman between elected officials and a co-conspirator. According to the indictment, Amaya provided cash payments and personal checks […]

93rd District Court Judge, Rudy Delgado going before a judge himself today after his arrest last weekend. It was Friday afternoon when the FBI raided the court in Hidalgo County following the investigation into his home where they seized several documents. Delgado is accused of accepting bribes after an attorney confessed to having made agreements […]