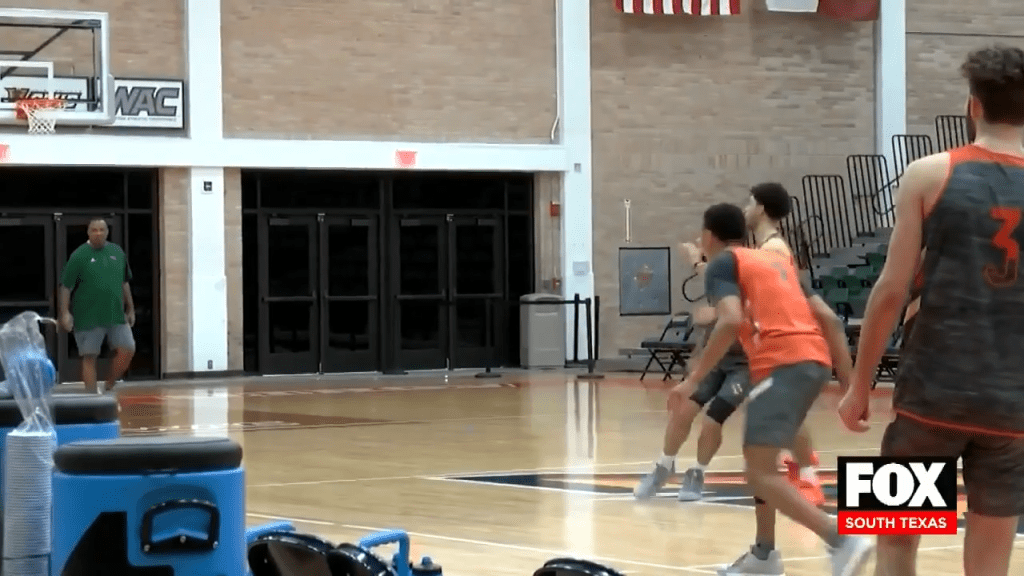 After falling short against The Texas Longhorns in their season opener, the Vaqueros are ready to return to the field house to host UTSA in their first home game of the season. The Vaqueros fell 91 to 55 against Texas, ranked 19. but are hoping to look past that by taking advantage of every opportunity […] 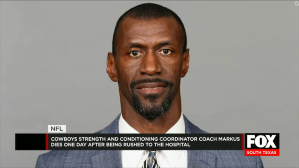 Strength and Conditioning Coordinator Markus Paul, who experienced a medical emergency Tuesday morning, has passed away. Coach Paul joined the cowboys back in 2018 as assistant strength coach and was promoted this season as coordinator. Coach Paul had a five year playing career from 1989 to 1993… 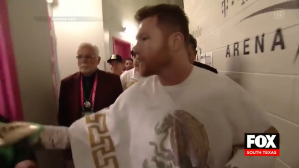 San Antonio is preparing to host Canelo Alvarez versus British middleweight champion Callum Smith. The official announcement was made today making the Alamodome the official venue of the match. A limited amount of fans will be able to attend the event. This will be the second boxing match that allows fans at the Alamodome. Back […] 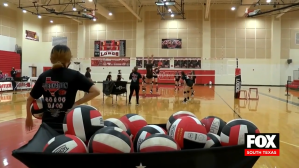 Lady Lobos from La Joya Palmview High School are headed to playoffs for the first time in 21 years. Their next goal is the Bi-District Championship and they hope to check that off their list Thursday night. 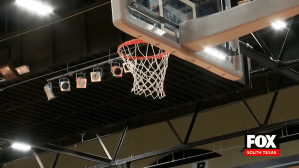 The UTRGV Vaqueros are ready to hit the court once again as they prepare for the start of the basketball season. The Vaqueros will be tipping off the earlier part of the season with two players on the injured list: Valeria Tapia and Sarah Bershers. Both are expected to return for conference play. 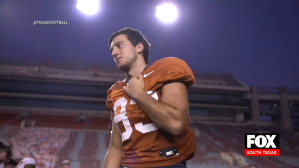 After joining the Texas Longhorns, Brownsville native wide receiver Kai Money was surprised with a full ride scholarship. Kai Money played high school football back in the Rio Grande Valley with St. Joseph’s Academy. It was Kai’s parents who gave him the news in front of his teammates on the big screens of the Darrel […] 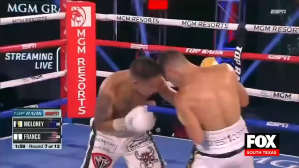 The South Texas fighter Joshua Franco prepares to defend his WBA Super Fly Weight World Title for the first time this weekend. It was last June when Franco upset the boxing world by defeated former champion, Andrew Moloney. The rematch for Franco’s belt will be this Saturday…and the Texas native says he’s ready to defend […] 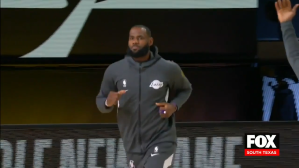 The NBA season is set to make its return in a little over one month. The Player’s Association and the league have both agreed on terms in order to get the next season rolling. With the ongoing pandemic, this upcoming season will also have changes to its format. 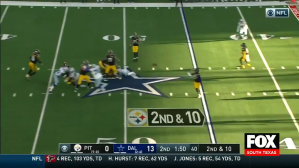 The Pittsburgh Steelers have placed Vance McDonald on the Reserve/ COVID-19 list after confirming one player has tested positive for coronavirus. According to a statement, the player has began quarantine as the league continues contact tracing. The positive test comes less than 24 hours after the Steelers faced the Dallas Cowboys. McDonald was on the […] 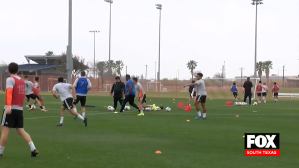 Houston Dynamo has decided the Toros will start fresh for the upcoming 2021 USL championship season and plans to do so with a new head coach. Dynamo announced today the team would not be renewing Gerson Echeverry as head coach of the RGV FC Toros. During the three seasons Echeverry led for RGV FC, five […] 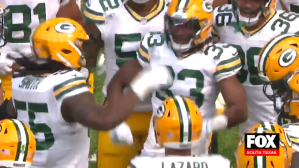 Several NFL teams reported additional cases of COVID-19. The Green Bay Packers reported that a team player tested positive to coronavirus . The Baltimore Ravens also reported a case involving a player.The Cleveland Browns canceled their in-person training and went virtual after an active player presented symptoms of the virus. In this case, no positive […] 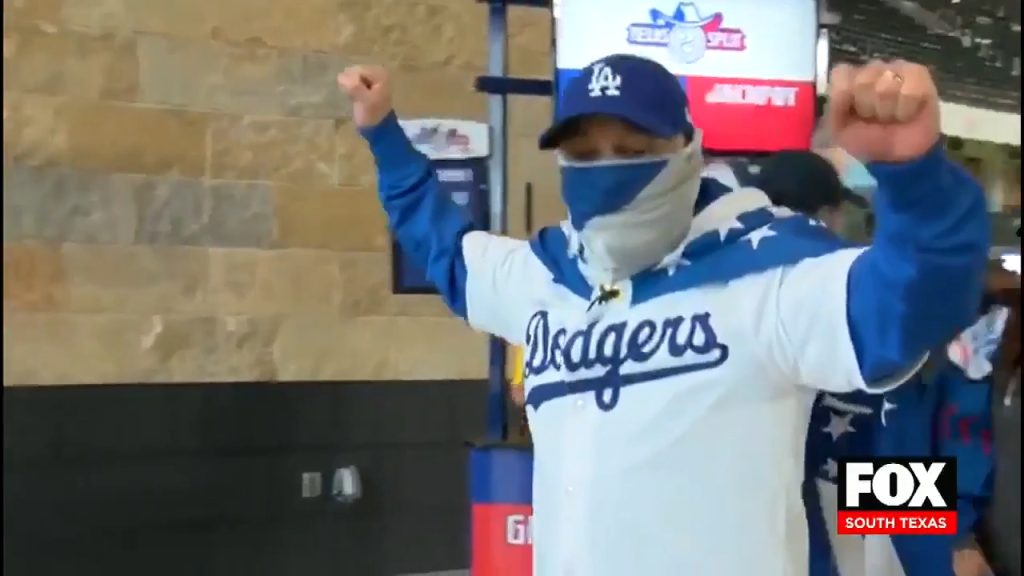 Earlier this year, the MLB announced the suspension of baseball due to the pandemic. As the last attempt to play the season, they decided to reduce the calendar and play the games without fans. However, a little more than 11 thousand fans were allowed to witness the world series, spending thousands of dollars to live […] 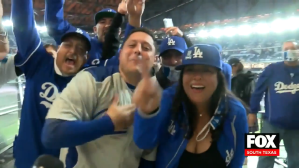 Dodgers Win World Series Championship For The First Time Since 1988

The Los Angeles Dodgers faced the Tampa Bay Rays in a decisive game. Blake Snell on the mound for Tampa Bay did not allow a run in the five and one third innings he participated in. As soon as Snell left the game, a costly mistake from Tampa’s catcher would cost him the tie. Click […] 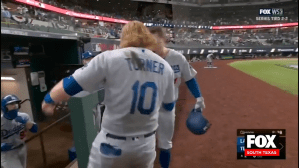 What to Expect For Game Six of The World Series

Brenda Gonzalez brings up a recap of The World Series straight from Globe Life Field in Arlington, TX. 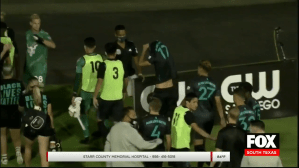 The Phoenix Rising Head Coach and Player, Junior Flemmings have been placed on administrative leave following an incident that led Landon Donovan’s San Diego Loyal to forfeit the match. Flemmings is accused of calling Collin Martin, an openly gay player, a homophobic slur. After no action was taken, San Diego decided to walk off the […] 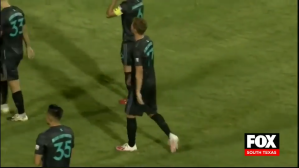 Landon Donovan and San Diego Loyal made a statement of unity and solidarity last night as they walked off and forfeited their victory against Phoenix Rising. The events came after a player from Phoenix allegedly made a racial slur against Collin Martin. The Loyal Player is openly gay. Head Coach Landon Donovan had no doubt […] 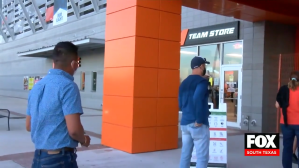 Fns are finally welcome at HEB Park to cheer on the RGV FC Toros as they face Austin Bold. 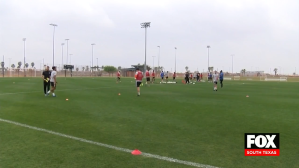 After three postponed games due to COVID-19, Coach Gerson Echeverry announced via twitter that the team had resumed practices this weekend. The Toro’s next match is scheduled for this Wednesday against Austin Bold. Click on video to view full sports report.