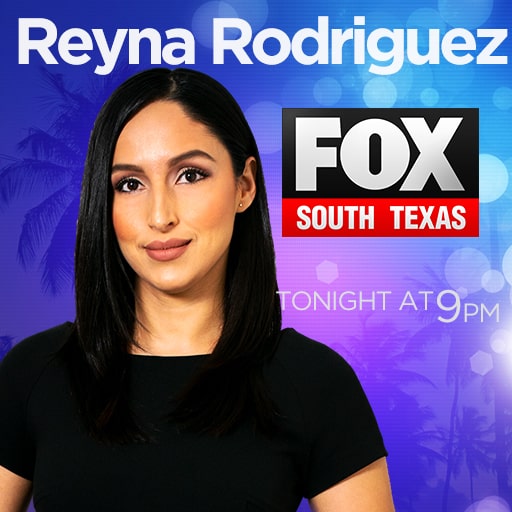 Born in Mexico and raised in Tennessee Reyna Rodriguez holds a bachelor’s degree in communication with an emphasis on broadcast journalism from the University of Texas Pan American. Reyna Rodriguez joined Entravision in July 2016 as a multimedia journalist for Univision. She currently co-anchors the Fox News South Texas weeknight newscast. In 2017, she won a Lone Star Emmy for a special report on HIV among the youth in the Rio Grande Valley.

The favorite part of the job for Reyna is being able to combine her love of telling compelling stories while at the same time helping the community.