27-Year-Old Behind Bars In Connection To Shooting, More Arrests Expected

A man is behind bars in connection to a shooting that happened in October.

The incident happened at the 2500 block of Jacaman Loop. At the scene, authorities found bullet casings in the men’s bathroom and bullet holes in the ceiling.

“Several men went inside the men’s restroom, there was an altercation, they heard some shots fired. Minutes later, you see the guys running out to the parking lot getting inside a white Chrysler 300.”

Laredo Police say that while searching the gas station, they found 9 mm casings and four possible bullet fragments resting on the ground.

Later that night, officers received a call reporting an accident at the 1100 block of Bob Bullock Loop. At the scene, officers found a white Chrysler 300 in a ditch that appeared to have rolled over.

“We were able to see some bullet holes inside that vehicle kinda connected that vehicle to the one seen at the convenience store. Witnesses in the accident were able to provide officers with some information involving a black Cadillac following the Chrysler.”

27-year-old Juan Carlos Medina is facing charges of discharging a firearm within a municipality, for this incident.

No injuries were reported in this case. Laredo Police say the investigation continues and expect more arrests to be made. 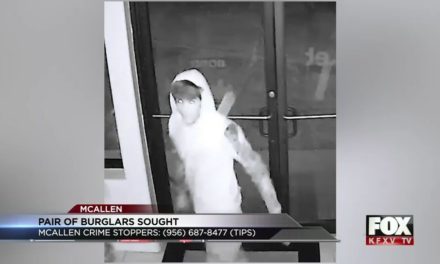 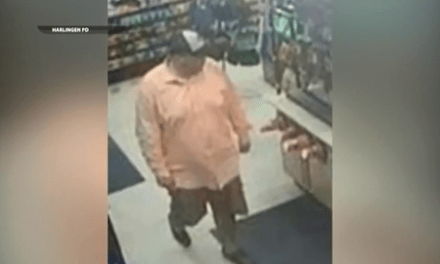 Suspect Wanted in Connection to a Harlingen Robbery 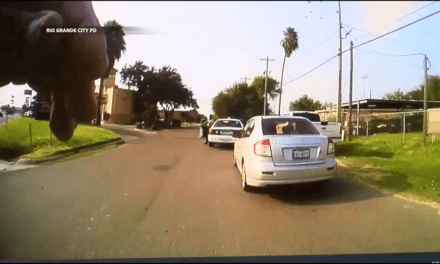 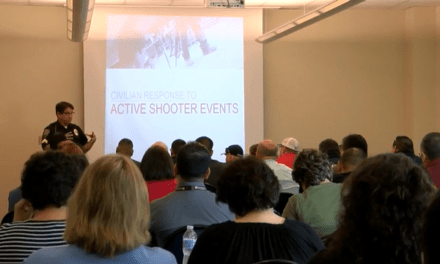