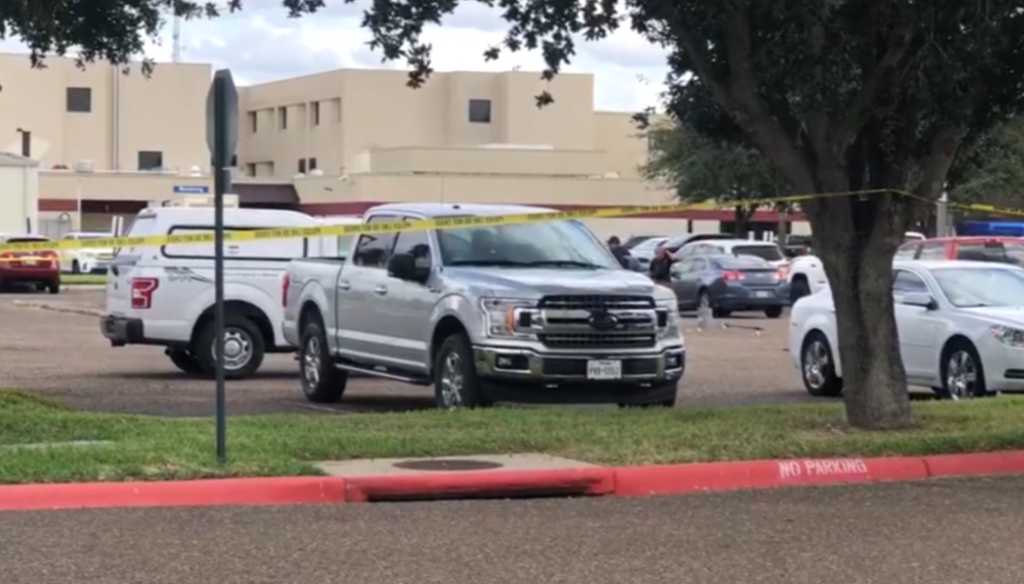 Authorities revealed new information in regards to the murder suicide that occurred in the city of Mission.

According to local authorities they received a phone call at around 2 pm from a distressed woman located at the parking lot of Mission Regional Hospital. That is when Mission Police arrived and found 2 injured men next to a pick up truck. It is believed that this incident was rooted in a love affair.

The Chief also states that their preliminary investigation reveals that a meeting was supposed to have taken place, based on phone call records. The identities and ages of the deceased are still unknown until the next of kin is notified.

“The young lady works at the hospital and that’s why that meeting was obviously being held there. As far as we know she was on a break from work and was in the vehicle with the boyfriend at the time they were approached by the ex-husband,” added Dominguez.

No other individual was hurt during this incident and Mission Regional has returned to it’s normal operations.