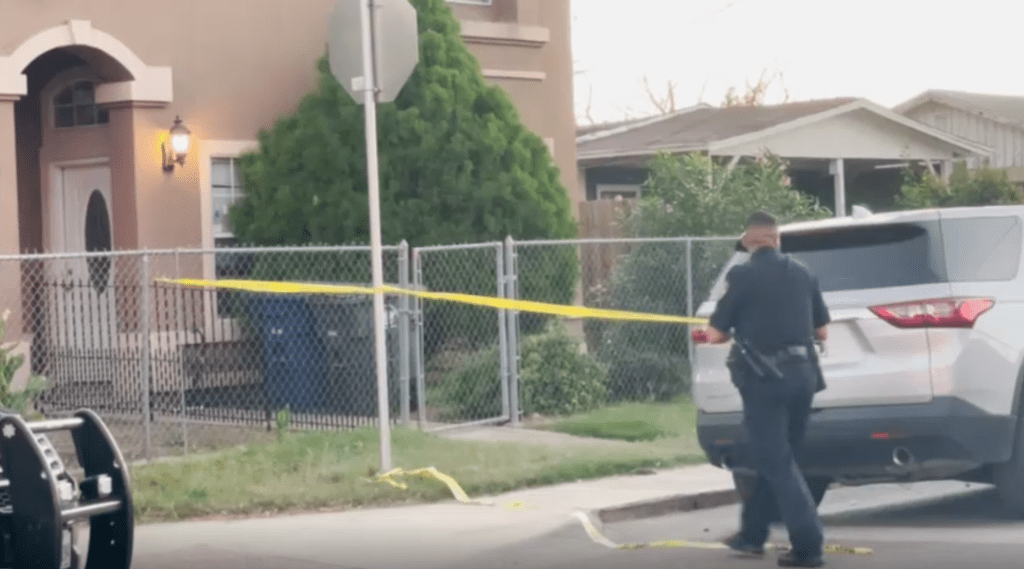 According to Laredo Police, they received a call of a shooting at about 5:20 pm at a home located at the 200 Block of East Olive.

At the scene, police found two victims. One of them already pronounced deceased.

“Was identified as a 62-year-old man, Samuel Mendez Sr. and in the back part of the house outside in the yard, they found his son, 37-year-old Samuel Mendez Jr.,” said Laredo Police Investigator, Joe Baeza.

Samuel Mendez was taken to the hospital in critical condition. 28-year-old Gilbert Jerry Mendez has been identified as the suspect in this case. Police say he is the son and brother to the victims. A motive to this fatal shooting has not be released.

“There is no clear cut motive right now being made public, as to what led to the violent encounter and also other details as to how many times the victims were shot or what caliber weapon was used, is not being released at this time,” added Baeza.

Since Saturday, police have been searching for Gilbert Jerry Mendez. He is facing charges of murder and aggravated assault with a deadly weapon.

“And they’re both felonies. He is considered to be a fugitive from justice, he is also considered armed and dangerous,” said Baeza.

As police continue the search for Mendez, they also continue investigating this fatal shooting.