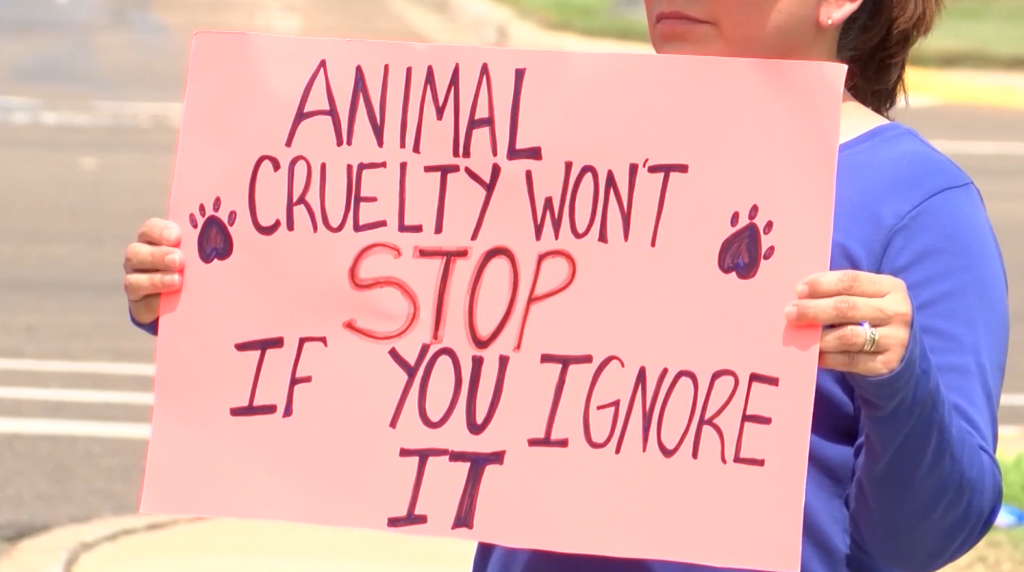 A bill that could protect pets from the abuse of their owners, is once again being considered by the Governor.

SB-474 called Safe Outdoors Dog Act was vetoed by Governor Abbott to which he says Texas is not a place for this type of excessive criminalization. However Huellitas Del Valle has witnessed abuse situations that could’ve been stopped with this law.

“They’re chained and they’re tethered and they’re actually sitting in their own feces, their own messes and this is where they eat, they sleep,” stated Animal Activist, Sylvia Tapia.

The new bill that will now be called SB-5 has been approved by the House of Representatives, which gives it the possibility of approval. Which according to Animal Activist, Sylvia Tapia, has not been easy.

“The law is already in place. All we need to do is make it stricter, and that’s what it’s done and that is why we need everyone’s support,” added Tapia.

State representative, Sergio Muñoz Jr. says he is aware of these cases and believes that is important to advocate against animal abuse.

“Some of the basic protections, whether it’s portable water, shade, unlawfully restrained. It’s really now sitting on the Governor’s desk for signature, which is all that is needed for it to become law. Just thankful for everybody that really came together, all the advocates in our communities and throughout the state,” said Sergio Muñoz Jr.

SB-5 provides protection to pets as preventing owners to chain them and leaving them in inhumane or life threatening conditions.