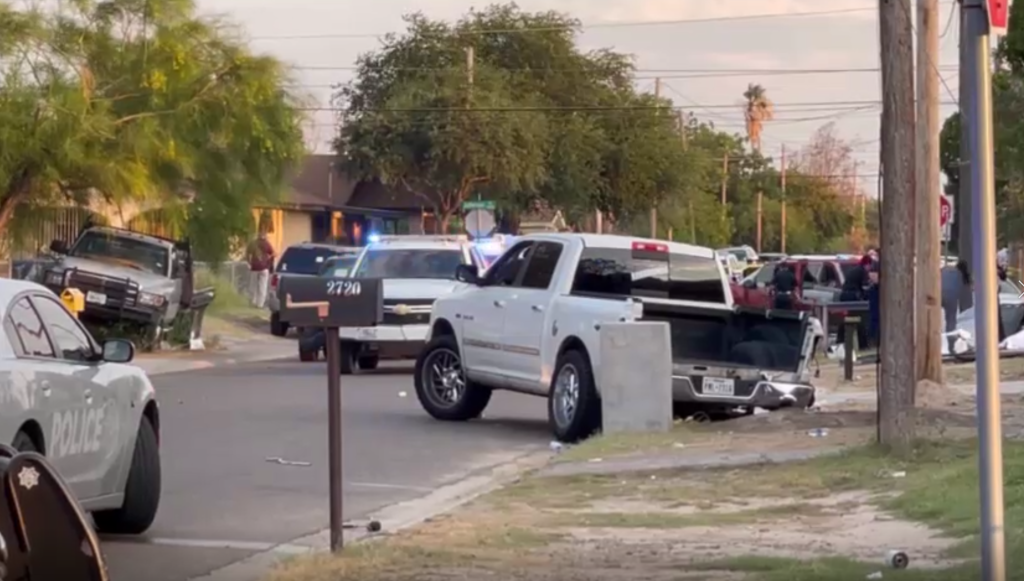 The accident was reported June 23rd by the area of Main Avenue and Jefferson. Two people died at the scene, while another at a hospital in San Antonio.

The investigation began when police responded to an accident involving a white Dodge Ram and a maroon Ford Expedition.

“The initial information indicates that the Dodge Ram was transporting undocumented immigrants at the time of the accident,” said

Laredo police say a 16-year-old was driving the truck with the help of an accomplice.

“Because of the reckless acts that the suspect committed, it caused the fatal accident of many people,” said

The accomplice was identified as 21-year-old Grecia Martinez who is facing charges of human smuggling.

“Who was shadowing the white truck in a decoy vehicle and the way the smugglers use them, they try to deter law enforcement. They see they are being chased, they actually interfere and try to get in the way of law enforcement. This person was actually assisting in the human smuggling,” added

The 16-year-old is facing several criminal charges. Among them, accident involving death, smuggling of persons with the likelihood of serious bodily injury or death among others.

Criminals who are smuggling human beings, they care very little about the people who they are actually bringing into the Unites States. They treat them worse than somebody would treat even livestock. I hate to use that comparison, but that is a fair assumption that they don’t care about them,” added

The minor is now detained at the Webb County Youth Village.

Grecia Martinez is now behind bars at the Webb County jail on a $40,000 bond.