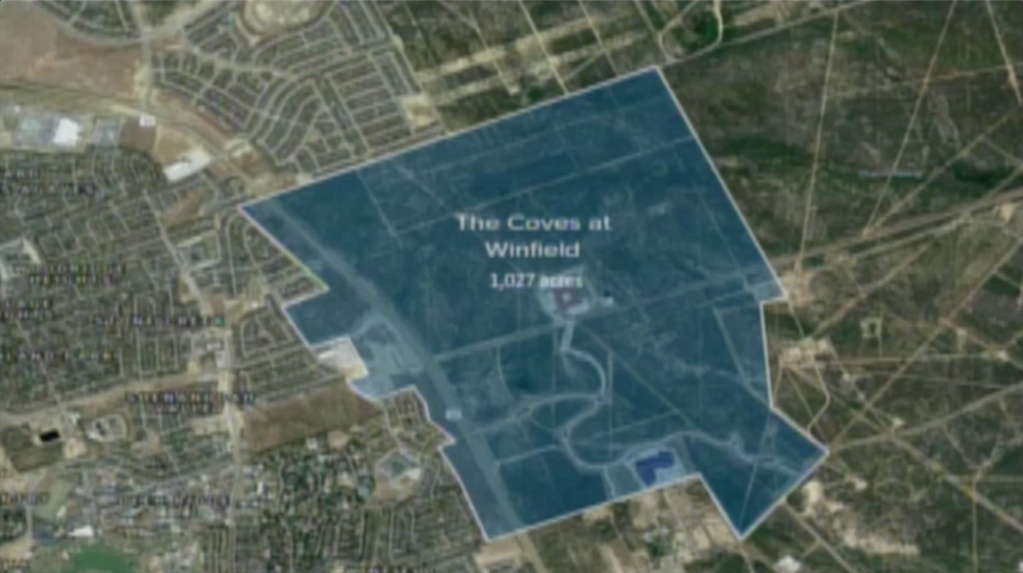 If approved, this project will consist of residential and commercial projects North of Laredo.

The future of the project is pending approval from another board entity. If approved, this gives the green light for the Coves of Winfield Project to move forward.

“It’s about approximately 1,000 acres on loop 20 and Shiloh area on the north side of Laredo. In the project we are looking at doing apporoximately 1,800 homes” stated Cliff Killam, President and CEO of Killam Development.
The project also includes hotels, multifamily units and retail space.
“About 600,000 sq. feet of retail, we are very excited about it, it’s a coving design, the project embraces the comprehensive master plan, we will have a town center concept there,” continued Killam.
Killam Development says the project will create a billion dollars in tax base over a 30-year-period, benefiting the city of Laredo.
“I insisted and they agreed to the total opposite of what they had before, so instead of them receiving 60 percent, they receive 40 and the city receives 60 percent,” stated Laredo City Manager, Robert Eads.
“That’s a billion dollars worth of improvements in that area, so its a fantastic opportunity, and its really going to put our city on a map. One of the things we have been struggling with is home prices, this should help to even out those home prices because we will have more product in the market,” stated Dr. Marte Martinez, Councilman District 6.
City council members say they are happy with the project’s vision that ties in with the city’s comprehensive plan.
The future of the project now lands in the hands of the Laredo College Board of Trustees as they also have to approve this project.