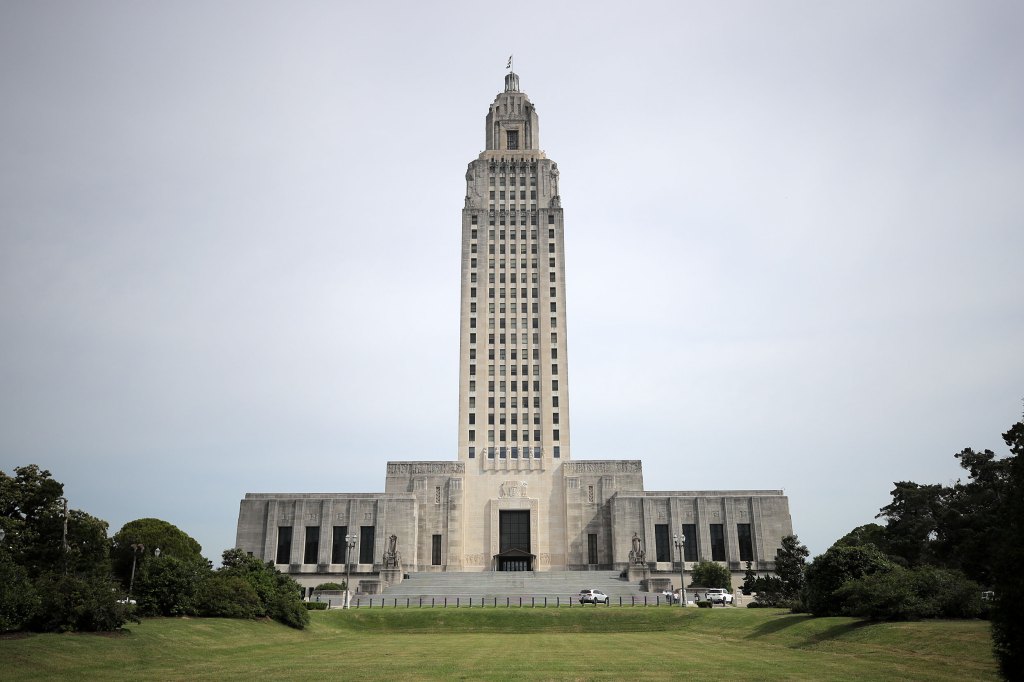 Louisiana lawmakers send anti-trans sports ban to governor, who is likely to issue a veto

(CNN) — Lawmakers in Louisiana sent a bill that would prohibit transgender girls and women in the state from competing on girls’ and womens’ public elementary, secondary and college sports teams to the state’s Democratic governor on Thursday, who will likely issue a veto of the measure, which he previously called “unnecessary and discriminatory.”

The state’s Republican-led House passed SB 156 by a vote of 77-17 Thursday afternoon with some support from Democrats. The measure had previously passed Louisiana’s GOP-controlled Senate by a vote of 29-6, where it also had the support of some Democrats in the chamber.

The bill now heads to the desk of Gov. John Bel Edwards, who is likely to veto it as he said last month that he didn’t support the measure because there wasn’t a need for it and because he saw it as discriminatory. While SB 156 passed both chambers of the state legislature with veto-proof margins, it’s unclear whether enough lawmakers would vote to override a potential veto.

The bill’s passage adds Louisiana to a growing list of states that have moved to implement such bans in 2021 — a year that has seen an unprecedented number of anti-trans bills introduced in statehouses. So far this year, South Dakota, Mississippi, Arkansas, Tennessee, West Virginia and Montana have enacted similar sports bans.

It also comes a day after civil rights groups sued West Virginia over their ban, arguing the measure unconstitutionally “discriminates on the basis of sex and transgender status.”

Supporters of such bans have argued that trans women have a physical advantage over cisgender women (women whose gender identity conforms with the sex they were assigned at birth) in sports, though state lawmakers across the country have struggled to cite examples.

The bill’s sponsor, Republican state Sen. Beth Mizell, told CNN later Thursday that “the votes signified the support of this bill statewide in a bipartisan way and for (Edwards) to veto it is ignoring the strength of that support.”

Asked if she thinks there’s enough support to override the governor’s likely veto, Mizell said she wasn’t sure, but that she “would just hope the governor would see the support and understand that this is a woman’s issue to support women,” arguing the bill is not intentionally discriminatory despite the fact that it targets trans women.

Mizell also said she couldn’t cite any examples of when Louisianans complained about a trans woman being part of a women’s team, but argued the bill was necessary to prevent future “problems.”

“In Louisiana, we build levees before there’s a flood, so we’re pretty good at preempting a problem,” she said.

The Louisiana bill would require elementary, secondary and college sports teams that receive state funding to be designated based on “biological sex,” thus prohibiting trans women and girls from participating on women’s athletic teams.

While the bill doesn’t define “biological sex,” the term has been used by Republican lawmakers around the country to refer to the sex assigned at birth based on reproductive biology and genetics.

While sex is a category that refers broadly to physiology, a person’s gender is an innate sense of identity. The factors that go into determining the sex listed on a person’s birth certificate may include anatomy, genetics and hormones, and there is broad natural variation in each of these categories.

For this reason, the language of “biological sex,” as used in this legislation, can be overly simplistic and misleading.

SB 156 would also shield schools, coaches and other school employees enforcing the ban from any legal action, and would allow cisgender women to take legal action if they claim they were “deprived of an athletic opportunity” because of a violation of the proposed ban.

Speaking to reporters in April, Edwards said he doesn’t support the bill because “we don’t have a problem in Louisiana today in the sense that we have individuals out there who are trans females trying to participate in sports.”

“But, first and foremost, I am really concerned about emotionally fragile people and the idea that the weight of the state would be put behind something that is unnecessary and discriminatory and very hurtful to those individuals when there’s not a compelling reason to do it,” he said.

The governor also pointed to a recent announcement by the NCAA that the body doesn’t support such bans and that it’s closely monitoring them to make sure NCAA championships can be held “in ways that are welcoming and respectful of all participants.”

“We know that there would be an adverse impact to the state with respect to the NCAA and other things,” Edwards said last month.

In opposing such bans this year, Democrats have pointed to the NCAA’s decision in 2016 not to host the Final Four in cities that enforce anti-LGBTQ measures. The body’s policy came after North Carolina approved a measure that required people to use the public restroom that corresponded with the gender on their birth certificate — a rule that was later repealed, resulting in the NCAA ending its own ban.

The bill is also opposed by the Human Rights Campaign, one of the nation’s largest LGBTQ rights groups, which said in a statement Thursday that the proposed ban “is shameful and sends a harmful message to LGBTQ youth.”

“Legislators and supporters who say it is about a level playing field cannot even provide an example of one incident where this issue has even occurred. I hope Gov. John Bel Edwards keeps his word and vetoes this terrible legislation,” said HRC president Alphonso David in the statement.

Louisiana lawmakers send anti-trans sports ban to governor, who is likely to issue a veto