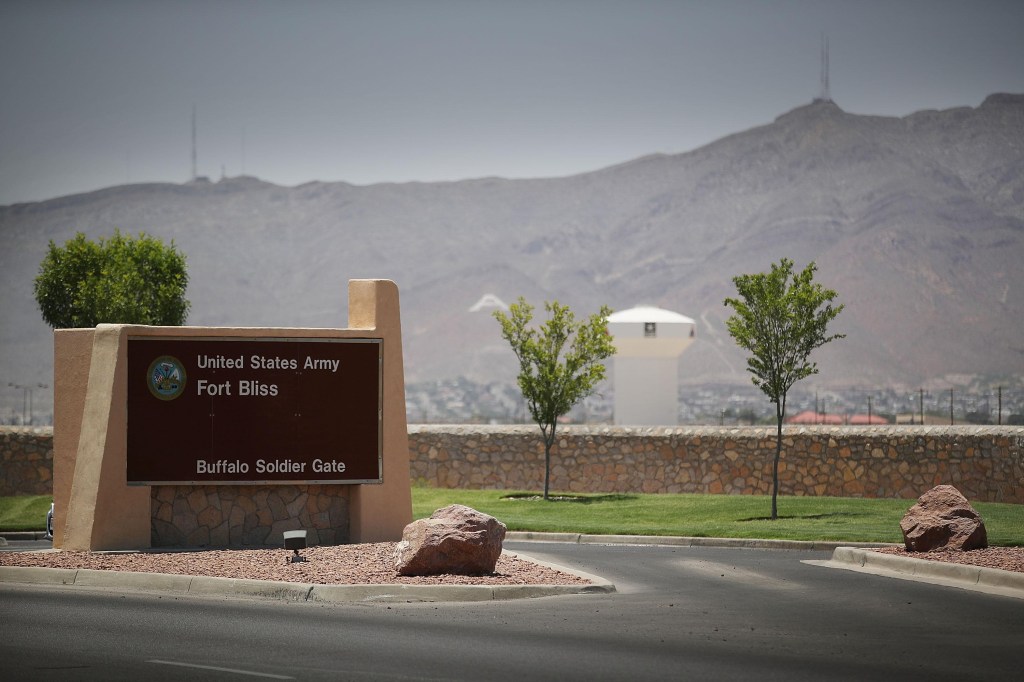 Texas emergency shelter is mostly ‘warehousing’ thousands of migrant children, according to eyewitnesses

The shelter at Fort Bliss feels more like a warehouse, according to people who have been there, with rows and rows of bunk cots stacked on top of each other, filling up large white tents where hundreds of migrant children wait.

Now, officials are talking about doubling that population — from 5,000 to up to 10,000 children — potentially making an already difficult situation even worse.

Attorneys who have visited the facility described for CNN scenes of children with little to do, some crying, some passing the time by sleeping. Some are hesitant to play outside in the Texas heat, unsure of when the next laundry cycle will come. Several have been there for more than a month, as they await their next stops.

Over the spring, the Biden administration scrambled to get a record number of migrant children out of Border Patrol holding facilities, which are more like jails, and into shelters like this one in Fort Bliss. Attorneys and advocates who visited the sites say they’re better equipped.

But they still worry the facilities are not meeting all the needs of a particularly vulnerable population.

“Fort Bliss is emblematic of a myopic focus on clearing out [Customs and Border Protection] without adequate concern for restoring and expanding the [Office of Refugee Resettlement] shelter system. We are warehousing upwards of 4,000 children in soft sided tents on a military base,” said Leecia Welch, senior director of legal advocacy and child welfare at the National Center for Youth Law, who visited the site in late April and described a foul smell there.

As of May 23, there were 18,187 children across all US Department of Health and Human Services facilities, according to the latest government data.

The use of pop-up sites is also costly. The daily cost per child is more than twice that of the Health and Human Services Department’s already established shelter program — at approximately $775 per day, compared with around $290 per day — according to government data.

Health and Human Services Secretary Xavier Becerra told reporters Monday that the Fort Bliss site, like other emergency sites, allowed the administration to quickly move children out of Border Patrol facilities to a place that could better meet children’s needs. He also contradicted concerns about conditions in the facility.

Democratic Rep. Veronica Escobar of Texas, who visited Fort Bliss last Friday, told CNN she had observed some improvements at the site, but she maintained there were still deficiencies, such as not enough access to clean clothes and children staying at the site for more than 40 days.

HHS has a licensed bed capacity of around 13,500 equipped with a myriad of services, such as education and recreation, but given capacity constraints related to the pandemic, the department has had to rely on temporary sites to accommodate children.

“We were flying the plane while we were building it,” an administration official told CNN.

HHS is considering expanding its site at Fort Bliss, to its potential capacity of 10,000 beds, according to federal documents obtained by CNN. Becerra said Monday that it’s hard to know what to expect, without knowing how many children will arrive at the US-Mexico border in the coming weeks, but he conceded the intake sites are not intended for children to stay for prolonged periods ahead of being released to family.

Escobar raised concerns about the size of Fort Bliss and the length of stay with the HHS secretary and White House leadership, who, she said, were receptive to what she dubbed “constructive criticism.”

“I understand this is an emergency intake facility. I get it. They have been doing the absolute best they can with the resources they have, with the timeline they needed to get things up and running, but going forward, we need to break up those mega-sites,” she said. “I have no discomfort about 10,000 kids or 5,000 kids being in El Paso. The discomfort I have is having them all co-located in one, large mega-site.”

The pop-up facilities opened by HHS over recent months were the subject of the majority of a call between members of the Congressional Hispanic Caucus and Becerra last Thursday, according to a source familiar with the meeting. Members asked the secretary how sites were selected, as well as how they could engage local vendors, the source said.

Democratic Rep. Norma Torres of California, who participated in the briefing with Becerra, has visited four of the temporary facilities. She described the sites as “a lot more humane” than border facilities but noted she visits the site in her district, located at the Pomona Fairplex, on a weekly basis to ensure conditions don’t deteriorate.

Asked about the conditions at Fort Bliss, Torres said she didn’t observe issues when she visited. “This is a fear that I have and that is why I visit the facility here in my district every week. I don’t want to hear any story like this coming out of this facility that’s in my district,” she told CNN.

Welch and a team of lawyers visited seven emergency intake sites in recent weeks and interviewed more than 100 children about conditions at the facilities. The team of attorneys was given access to speak with the children because they’re monitoring government compliance with the Flores settlement, a 1997 agreement that governs conditions under which US officials can detain immigrant children.

Generally, the pop-up facilities took the shape of emergency shelters, offering basic necessities but falling short of providing other services, like education and case management, to the hundreds of children housed at the sites. Conditions at emergency intake sites can vary — and regularly change — but in some cases, the rapid pace at which sites were set up contributed to their shortcomings.

Children reported not having access to fresh clothes, spending their days sleeping to pass the time, and crying frequently. At Fort Bliss, which shelters minors ages 13 to 17, some children chose not to play outside because they were unsure when their clothes would be cleaned again, according to Welch, who added that children also reported thoughts of self-harm. While she was touring the facility, a bunk cot where two boys were sitting collapsed, Welch recalled.

Some children have abruptly been transferred from Fort Bliss to other HHS facilities where they’re put in more restrictive settings “due to alleged dangerousness or flight risk,” said Neha Desai, immigration director at the National Center for Youth Law, who described those settings as having less freedom of movement and higher security.

In Houston, the National Association of Christian Churches, which had been helping to shelter children, was abruptly closed, shortly before attorneys were set to visit the site.

Welch and her team have since located more than a dozen girls who were at the site. The girls described fainting spells, lack of food or inadequate food, not enough clean clothes, and bathroom restrictions that barred girls from using the restroom after 10 p.m. Some have since been transferred to Fort Bliss.

“HHS is committed to ensuring the well being of children in our care. We proactively closed the Erie and Houston facilities because they didn’t meet our standard of care and we are working tirelessly with contractors to ensure those standards are met at sites operating today,” an HHS spokesperson said in a statement, referring to the emergency site set up in Houston and another in Erie, Pennsylvania.

Dean Hoover, an attorney for the National Association of Christian Churches, declined to comment on conditions.

One of the main challenges across pop-up sites is the lack of case management, usually baked into the already-established Office of Refugee Resettlement shelters. HHS obligated more than $268 million to a private company, Family Endeavors Inc., to help with the emergency intake sites, though the award is potentially worth $579 million.

In an indication of the continued need for staff, the Office of Refugee Resettlement waived a requirement that youth care worker staff have a minimum of one year of child-welfare experience, unless it’s required by the state a shelter is operating in, according to a notification obtained by CNN.

Two large sites in Texas — the Kay Bailey Hutchison Convention Center in Dallas and the Freeman Coliseum in San Antonio — are set to close by early June because their leases are expiring.

At the Dallas convention center, the space looks more like a FEMA emergency shelter than a traditional HHS shelter, with cots lined up in a large space. There, some children have spent weeks with little to no access to the outside. More than 300 children were at the Dallas convention center for over 50 days and more than 450 children were at the San Antonio facility for over 40 days, Desai said.

Texas emergency shelter is mostly 'warehousing' thousands of migrant children, according to eyewitnesses