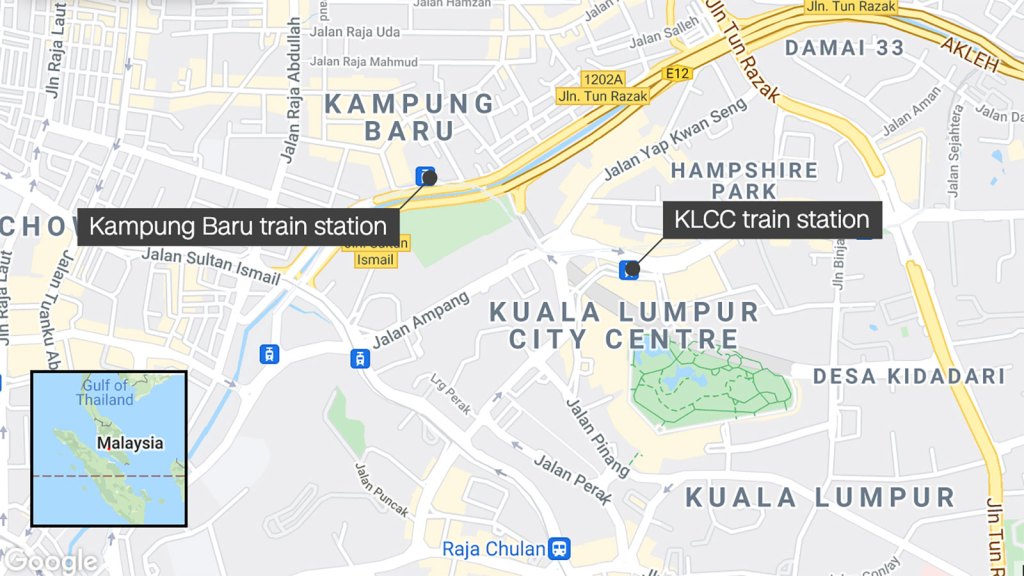 More than 200 injured after two trains collide in Malaysian capital

(CNN) — More than 200 people were injured in Malaysia on Monday when two trains collided in the capital Kuala Lumpur, the state-run Bernama news agency reported.

The accident occurred at 8:45 p.m. local time when one of the trains, which was going on a test run and had only one driver, collided with a train carrying passengers.

Both trains, which are operated by Prasarana Malaysia Berhad, were traveling at 40 km (approximately 25 miles) per hour when they collided in a tunnel between the Kampung Baru and KLCC stations, state media said.

Some 166 people sustained minor injuries and were sent to nearby hospitals for treatment, including Kuala Lumpur Hospital. Forty-seven passengers were severely injured, state media added.

Malaysia’s Prime Minister Tan Sri Muhyiddin Yassin has called for a full investigation to discover the cause of the accident.

“I take this accident seriously and have instructed the Transport Ministry and Prasarana Malaysia Berhad to conduct a full investigation,” he said, Bernama reported.

Transport Minister Wee Ka Siong said the collision was the first major accident in the metro system’s 23 years of operation, and he pledged a thorough investigation, Reuters reported.

The 88-storey Petronas Twin Towers are the tallest twin towers in the world.

More than 200 injured after two trains collide in Malaysian capital