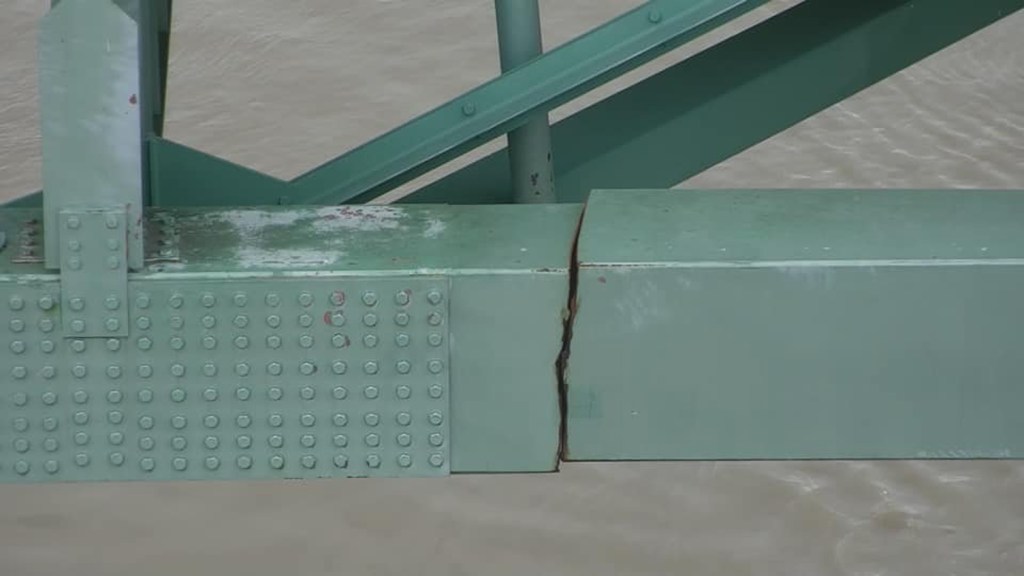 (CNN) — Transportation officials discovered a crack Tuesday in a major artery in American infrastructure, meaning it could be closed for months.

The Hernando de Soto Bridge on Interstate 40 in Memphis, Tennessee, was shut down Tuesday and will be closed for emergency repairs, according to a news release from the Tennessee Department of Transportation (TDOT).

Tennessee shares responsibility for the bridge with the Arkansas Department of Transportation (ArDOT), which discovered the crack during a routine inspection and immediately shut down the bridge, the release said.

“For the motoring public’s safety, the bridge will be entirely shut down while crews investigate the crack’s extent further and then repair the problem, which could take some time,” the TDOT release read.

Detours are in place in Tennessee and Arkansas with traffic being rerouted in both directions to Interstate 55 as an alternate route across the river. It is unknown how long the bridge will be closed. Authorities have also shut down river traffic until further notice.

The bridge’s closure comes as President Joe Biden is trying to push his infrastructure plan through Congress. The plan calls on funding for improvements to roads, bridges, railways and other infrastructure

The US earned a C- in the American Society of Civil Engineers infrastructure report card, which said an additional $2.6 trillion in funding is required over the next decade.

According to CNN affiliate WMC-TV, the bridge is “a vital piece of America’s infrastructure for moving traffic and freight around the country.”

It took six years to build the bridge, WMC states, and the governors of Tennessee and Arkansas cut the ribbon in August 1973.