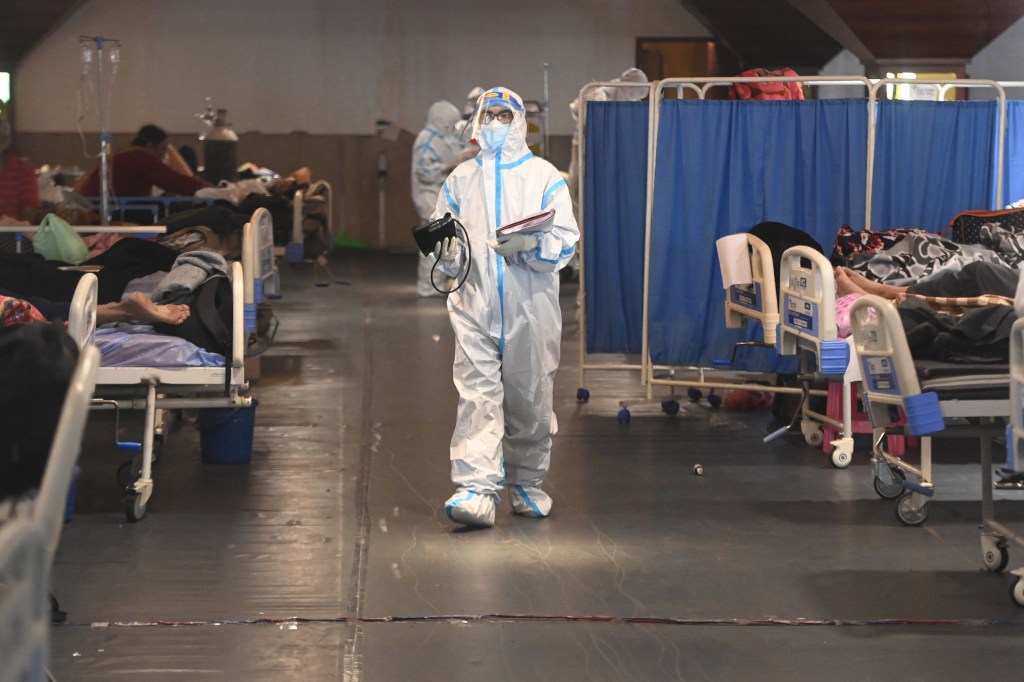 The Biden administration has been consulting “nonstop” with the Indian government on their priorities as the country grapples with a catastrophic coronavirus surge that has left its healthcare system on the brink of collapse, according to a top US Agency for International Development official.

Jeremy Konyndyk, the senior advisor coordinating agency-wide Covid-19 efforts at USAID, told CNN Thursday that the shipment of supplies on its way to India “has been developed really closely in coordination with them.”

Earlier in the week, US President Joe Biden pledged to Indian Prime Minister Narendra Modi that the United States would provide “a range of emergency assistance, including oxygen-related supplies, vaccine materials, and therapeutics.”

The White House said Thursday that “additional flights carrying the remaining assistance, including oxygen generators and concentrators are scheduled to depart in the upcoming days.”

Konyndyk told CNN that the Indian government has asked that USAID “work through the Indian Red Cross to distribute the supplies so we’ll be working mainly through that channel.”

Konyndyk said that beyond the supplies that are in the process of being flown in, USAID said they are providing some direct support to hospitals and medical facilities in India through a private sector partnership and also “ramping up additional support to our NGO partners there as well to do things like support the oxygen supply chain in India,” noting that supply chain issue is “in the long run the problem we need to fix.”

“We’re trying to walk and chew gum at the same time here, providing support to the immediate acute needs for oxygen support in the Indian Health System, but then also simultaneously trying to find ways to ramp up the production of medical grade oxygen and transportation of medical grade oxygen within India, so that that can be then the more enduring solution to the problem,” Konyndyk said.

“The abruptness with which India went from bad to worse was striking,” he told CNN, noting that the United States has been providing support to the country since last year.

“What’s really interesting and notable about this is that it’s reciprocal,” Konyndyk continued. “Last year, India also provided support to us during some of the darkest days of the pandemic here last spring. And so we’re really looking at this as a partnership effort.”

According to a USAID press release, the shipment of aid that left the US Wednesday included “440 oxygen cylinders and regulators, generously donated by the State of California,” as well as “960,000 Rapid Diagnostic Tests to identify infections early to help prevent the community spread of Covid-19, and 100,000 N95 masks to protect India’s frontline healthcare heroes.”

Konyndyk told CNN that USAID was able to secure the supplies from California after the state approached FEMA about a surplus and asked if it would be helpful for India.

Konyndyk told CNN he “wouldn’t rule out that we (USAID) surge in additional in-person personnel” but said they are trying to provide virtual support as much as possible.

Konyndyk said that there is planning underway for sharing the AstraZeneca vaccine once it obtains FDA clearance but declined to offer specifics or say whether India would be a top priority country for vaccine shipments, saying he did not want to get ahead of the White House.

Meanwhile, the Biden administration is working on partnering with the private sector to provide further aid to India, he said.

“The mobilization from the private sector here is really unlike anything I’ve ever seen before,” Konyndyk said. “What we’re seeing here is that US companies, global companies really, recognize how important it is to their business to support India and get this surge under control.”

On Monday, Secretary of State Antony Blinken and other key administration officials met with “leaders of American business, the U.S. Chamber of Commerce, and the U.S.-India Business Council today to discuss how the United States and India can leverage the expertise and capabilities of the U.S. private sector to support urgent COVID-19 relief efforts in India,” according to a State Department readout.

Konyndyk told CNN that he hoped the effort showed that they “are not going to treat the pandemic as something that’s a problem only for the US.”

“I think this surge in India really underscores that,” he said. “It really underscores what happens in India has profound implications for the United States. The back offices on IT, on administration, on call centers, on a lot of things for many, many US companies are in India.”

“Our interests and our fortunes on this pandemic are really inextricably tied with how the pandemic trends across the world and so we’re really trying to demonstrate that,” Konyndyk said.