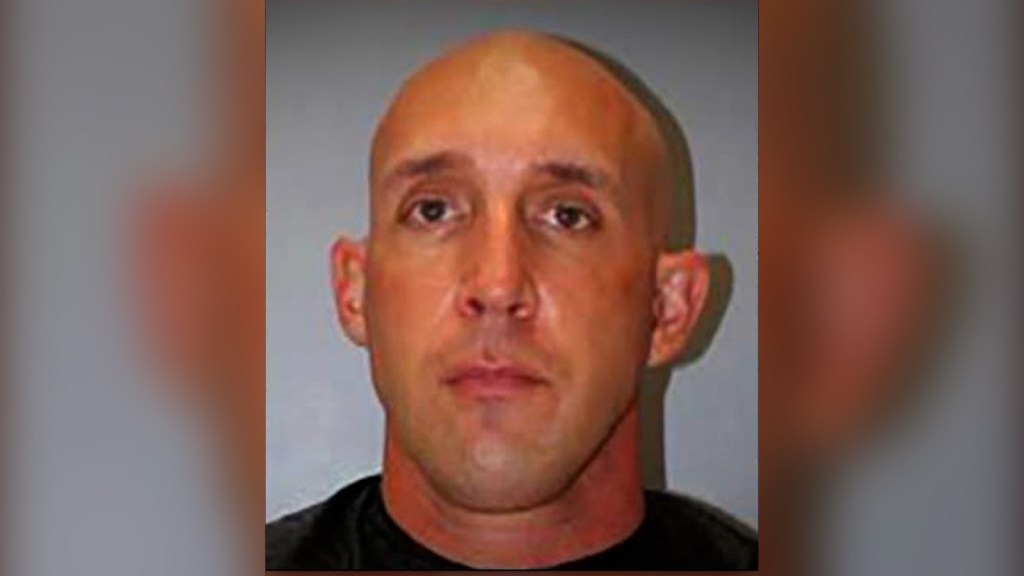 A US Army soldier stationed at Fort Jackson in South Carolina was arrested and charged with third-degree assault and battery after the airing of a video that authorities say shows him push and threaten a young Black man on a neighborhood sidewalk.

Jonathan Pentland was arrested on Wednesday morning, Richland County Sheriff Leon Lott said in a news conference. He has been released from jail on a personal recognizance bond, according to jail records.

“It is a very disturbing video. It is one that we are not going to tolerate or condone in Richland County,” Lott said at Wednesday’s news conference.

The video, which authorities say shows Pentland pushing, threatening and yelling at a young Black man, did not capture the events leading up to the confrontation or the full exchange between Pentland and the Black man.

A concerned citizen called to report the incident, which took place on Monday in the Summit neighborhood of Columbia, South Carolina, according to the sheriff’s department.

Pentland is seen in the video pushing the young man shortly after Pentland tells him, “You are aggressing on the neighborhood.”

“You either walk away or I’m going to carry your a** out of here,” Pentland says.

“I did not do anything,” the young man responds.

“I am about to do something to you. You better start walking,” Pentland says in the video. “You’re in the wrong neighborhood m*therf**ker. Get out.”

A female bystander can be heard addressing the young Black man and says he was in a dispute with one of their neighbors.

“All I heard was you fighting and her defending herself,” the woman says.

When asked about the events leading up the altercation during Wednesday’s news conference, Lott would not go into specifics. But he said, “There was some other things that occurred that really doesn’t justify the actions of the suspect.”

After the video stops, Pentland pushed the victim again and “knocked the victim’s phone from his hand,” according to the incident report. Pentland said he did it out of concern for his and his wife’s safety, the report said.

The sheriff’s department said that two other incidents involving the young Black man were reported to the deputies that responded to the confrontation between him and Pentland. Those cases are being investigated independently, the department said.

“The victim has an underlying medical condition that may explain the behavior exhibited in the alleged incidents,” the sheriff’s department said. “RCSD is actively working to get him the help that he needs in an attempt to divert him from the criminal justice system.”

Fort Jackson, the US Army’s main production center for basic combat training, is responsible for training about 50 percent of all soldiers and more than 60 percent of women who enter the Army each year, according to its website.

It released a statement confirming Pentland is currently stationed there and said he is being investigated by the Department of Justice.

“The leaders at Fort Jackson in no way condone the behavior depicted in the video posted recently,” Fort Jackson Commander Brig. Gen. Milford Beagle, Jr. said in the statement. He urged patience from the community while the investigation takes place.

“I remain deeply concerned for the members of our Army family, the young man and his family, and the tensions that activities like this amplify over time; please be patient as facts are determined,” Beagle said.

Beagle said Fort Jackson’s Criminal Investigation Division and staff judge advocate are cooperating with both the sheriff’s department and the Justice Department.

It told CNN Thursday that while the neighborhood has not been sealed off, Pentland and his family “was removed and taken to a safe location after the home was vandalized.”