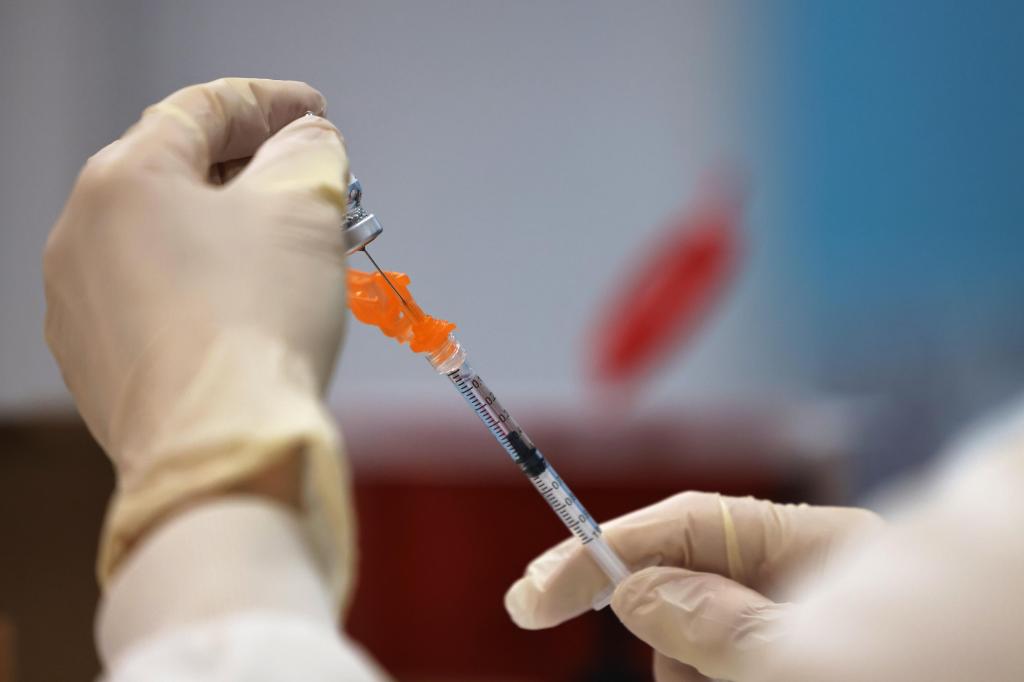 The US Food and Drug Administration, in conjunction with the US Centers for Disease Control and Prevention, was preparing an announcement for the following morning. It concerned Johnson & Johnson’s coronavirus vaccine, whose manufacturing delays and a plant debacle had already caused ample administration headaches. Because details were so scant, White House officials didn’t immediately brief the President, according to two people familiar with the situation.

Instead, they went to bed without knowing what precisely the FDA and CDC would say. It wasn’t until the news became public around 7 a.m. ET on Tuesday that the West Wing learned the full scope of the decision and gave Biden the rundown: The health agencies were recommending a pause in the use of the Johnson & Johnson Covid-19 vaccine following exceedingly rare incidents of blood clotting, reported in six patients.

The revelation, which officials insist will not pose a problem in getting Americans their shots, could still erode hard-won confidence in the vaccine’s safety, officials now worry. The early morning alert set off a scramble in states preparing to administer the Johnson & Johnson doses within a matter of hours. In a midday call with governors that lasted between 30 and 45 minutes, administration health officials heard frustration and concern over the move.

Speaking in the Oval Office midday, Biden sought to downplay the prospect of not having enough vaccines. But he did not address fresh concerns about vaccine hesitancy that could provide the biggest hurdle to reaching immunity.

“There is enough vaccine that is basically 100% unquestionable, for every single solitary American,” Biden said, insisting that US purchases of the two other authorized vaccines, from Pfizer and Moderna, were enough to inoculate the country.

The episode underscored the continued challenges facing Biden’s administration in containing an unpredictable and still-raging pandemic, even as shots speed up and he remains on target to vaccinate 200 million Americans by the end of April.

All federal health channels — mass vaccination sites, community health centers and other facilities — that had been administering the Johnson & Johnson vaccine were told to immediately stop, according to a federal health official. The White House said Pfizer and Moderna doses will be supplied as replacement.

In at least one Northeastern state, mobile units had just been stocked with the Johnson & Johnson vaccine and were prepared to roll into position for community vaccination events, an official from the state said, describing a muddle following the announcement to decide how to proceed.

And Biden’s aides, reading the full announcement for the first time, grew concerned at how a minuscule number of blood clot cases could potentially cause more severe problems in convincing Americans that the Covid-19 vaccines are safe.

White House officials spent the morning on the phone with governors to explain the decision, which state officials also worried could cause fresh hesitancy in communities already wary of the vaccines.

On a midday group call with governors, federal health officials sought to explain the decision to pause the vaccine to at-times frustrated state leaders, according to a recording of the call obtained by CNN.

A seemingly frustrated New Hampshire Gov. Chris Sununu, a Republican, asked the officials if there was something else driving the decision other than the six cases seen in the US.

“Look, if I could just be frank for the sake of time — the questions we’re receiving over the last few hours on this are significant,” Sununu told the federal officials. “It’s very easy for a governor to pause, and of course we’ll do that if it’s a CDC and FDA recommendation, but it’s very hard as governors to go out and explain that we’re pausing based on something that is, as according to Dr. Fauci, a one-in-a-million occurrence.”

“What has to be appreciated is the ability for governors to reinstill confidence after something like this is 100 times harder than the pause in the first place,” he went on.

Responding to the concerns, Dr. Anthony Fauci said one of the main the reason for the pause was to ensure that physicians know that if they do get patients who fall into the at-risk category — including women under age 60 — that they don’t treat them with a particular anticoagulant, heparin, which could be dangerous. He added that the pause would give the FDA and the CDC time to determine if there are more cases than just the six currently known.

“Given the relatively low risk, I encourage you to take the pause back off as quickly as possible,” Ricketts implored, raising the possibility of instead using restrictions on certain gender and age groups.

The announcement and its fallout illustrate the challenges associated with Biden’s promise to always “follow the science” in defeating the pandemic, even when the science proves confusing at first glance and causes unintended ramifications for the administration’s goals.

“We want the science agencies to lead with science, and there’s no reason for us to be involved in any of the scientific decisions. We bring nothing to the table,” the White House Covid-19 response coordinator, Jeff Zients, said at a briefing on Tuesday. “That is the FDA’s role, that is the CDC’s role and they’re led by terrific leaders with great teams to do the science, and this administration will be led by science.”

Biden’s aides quickly determined that providing more information about the decision was a necessity, and scheduled briefings both through the CDC and at the White House to more fully explain what had happened.

“I wish that we had more time to get everyone prepared and that this could go even more smoothly,” acting FDA commissioner Dr. Janet Woodcock said during a midmorning briefing. “As we learned about the issue with appropriate treatment, it was clear to us that we needed to alert the public.”

For months, federal health officials have expressed concerns about the large number of Americans who are hesitant to receive shots. Worry about health complications, even if highly unlikely, could prompt more Americans to refuse vaccines. A similar risk associated with a vaccine produced by AstraZeneca, which is not authorized for use in the United States, has caused hesitancy concerns in Europe.

A major public messaging campaign designed to combat hesitancy in key demographic groups — including people of color, conservatives and young Americans — launched late last month. But officials have still voiced concern that large swaths of the country may decline to be vaccinated.

“I think we need to continue to be transparent about what the science was telling us,” Zients said Tuesday when asked whether the pause would exacerbate hesitancy concerns.

“We do need to continue to build confidence,” he said later. “And that’s done at the community level. People are trusting of their local doctors, their faith leaders, their neighbors — which is why it’s important, when people do get vaccinated, they not only get themselves vaccinated but they spread the word about the safety and effectiveness of the vaccines.”

While federal officials stressed the blood clot issue in question is exceedingly rare, they want health care providers to have time to understand what the potential side effects of the vaccine are and how to best treat them.

After the CDC and FDA came to the decision late Monday night to pause the use of the vaccine, a communications effort emerged that sought to relay the scope of the announcement.

RELATED: The latest on the coronavirus pandemic and vaccines

“This whole thing developed late last night, and it was decided that Dr. (Anne) Schuchat would talk to the media and Dr. (Rochelle) Walensky would talk to the governors this morning. They’re trying to communicate this as quickly as possible, and so there was a division of labor,” one federal official said, referring to the top two officials in the CDC.

Yet individual states — which are tasked with administering the shots — learned of the decision only when it was made public, and some questioned the manner in which it had been relayed.

“You have no idea how this is going to impact vaccine hesitancy,” one state health official said, speaking on the condition of anonymity because of the sensitivity of the matter. “Following this, you cannot blame any states for hesitancy issues.”

A separate official from a Northeast state said they were also given no heads up, and were surprised when they learned the news.

“If you want to ramp up vaccine hesitancy — this is exactly how you do it,” the official bemoaned.

Speaking during the White House briefing, Zients defended the administration’s efforts to get in contact with health officials following the decision.

“We didn’t even know the content of the announcement until this morning when everybody else read it. As soon as we got that, our team farmed out and started contacting folks to make sure that everyone knew that that was now announced by the FDA and CDC,” he said.

The US has purchased a combined 600 million doses of the Pfizer and Moderna vaccines, enough to vaccinate 300 million people. But the administration had also been relying on Johnson & Johnson’s product, which requires only a single shot and can be stored at a higher temperature than the other two approved products, to vaccinate harder-to-reach populations.