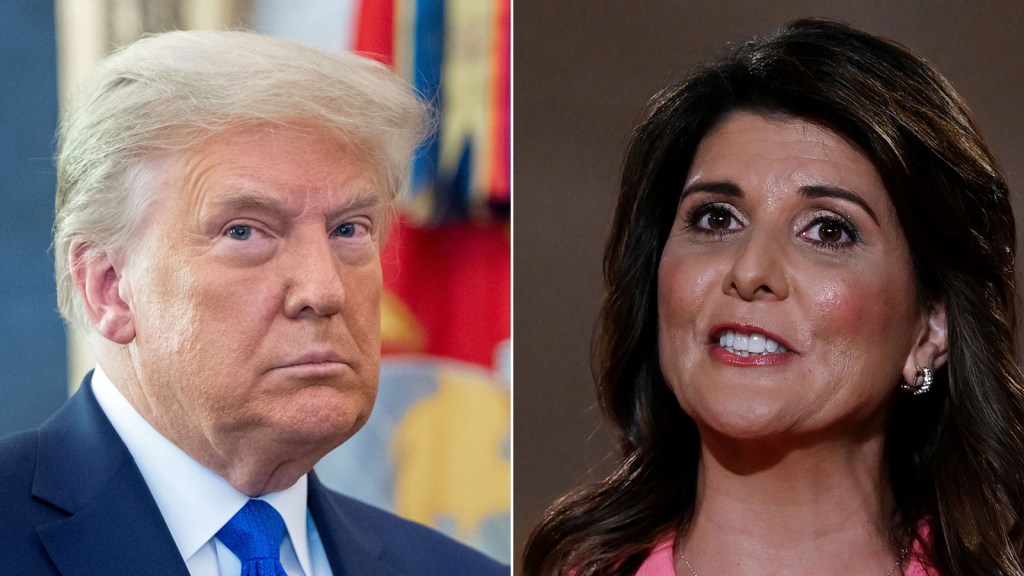 Former UN Ambassador Nikki Haley on Monday said she would back her onetime boss, former President Donald Trump, if he decides to run for the Republican Party’s presidential nomination again in 2024 and not mount a bid against him.

“Yes,” Haley, the former Republican governor of South Carolina, said in response to a question from The Associated Press during a news conference at South Carolina State University when asked if she would support another White House bid from Trump. Haley explained that she would not launch her own presidential campaign “if President Trump ran, and I would talk to him about it.”

The comments from Haley — considered one of the most high-profile potential 2024 contenders — underscore the intense popularity that Trump still enjoys within the GOP. The former President has teased another White House bid in 2024 while also positioning himself as the Republican Party’s kingmaker in the 2022 midterm elections.

Haley has often attempted to walk a fine line between allying with Trump and distancing herself enough to appeal to his more moderate critics. She notably left his administration in 2018 on good terms with him, a contrast with many other officials, who have publicly fallen out with their former boss.

But some of her sharpest criticism of Trump has come in recent months, following the January 6 insurrection.

Asked how Trump should then be held accountable, Haley replied at the time, “I think he’s going to find himself further and further isolated.”

But Haley struck a different tone about Trump on Monday, specifically defending his recent comments about top Republican leaders.

“I think former President Trump’s always been opinionated,” Haley said at the news conference when asked about Trump’s comments.

“Just because he left being president, that’s not going to stop. But I think what he also talked about were all the successes that he had in the administration. And I think that’s what Republicans are uniting on.”