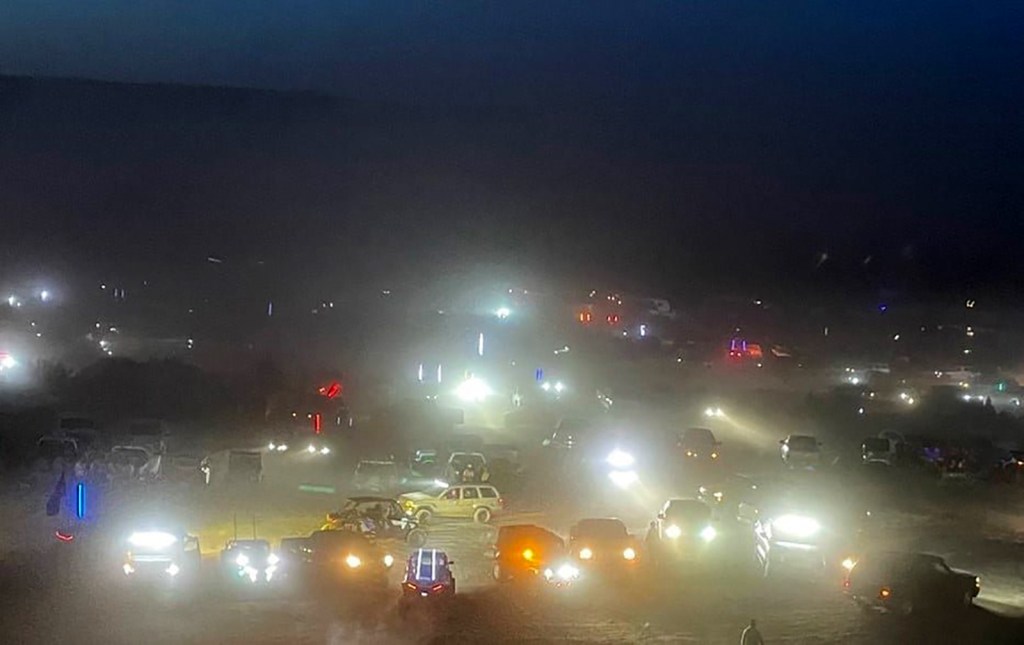 More than 5,000 people attended an illegal party at the Tonto National Forest in Arizona, officials say

More than 5,000 people attended an unauthorized and illegal event at Tonto National Forest near Phoenix on Saturday, leading to multiple violations and one person being emergency evacuated, officials said.

Forest protection officers were patrolling near the Lower Sycamore Creek Recreation Area when they discovered thousands of people who were illegally gathered, the U.S. Forest Service wrote in a Facebook post.

The event resulted in multiple violations, including DUIs, speeding and reckless vehicle operation, blocking roadways, and illegal use of fireworks, the service said.

“Campers and partiers restricted access by taping off sections of the main road to designate their camping area and vehicles were parked all along the main roads. Two quads colliding — one person was medevac’d out by helicopter due to the restrictions caused by the partiers,” forest service officials said.

According to the agency, a permit is required for non-commercial groups of 75 or more to use or occupy forest service land.

Authorities asked the public to report all unauthorized events. “Don’t be a part of the problem,” the Facebook post said. “Report these illegal Facebook meet up events to our district offices.”

“It’s something that a lot of Arizonans enjoy. But when you get that many people in one place, you’re doing it to the detriment of other people who want to enjoy it and of course the wildlife itself,” he said.

Sandy Bahr, director of the Sierra Club Grand Canyon Chapter, said she was horrified by images from the event.

“That many people engaged in those types of activities in one area, it’s going to be super destructive,” she said.

Tonto National Forest is the seventh-largest national forest in the United States with more than 2.9 million acres.

More than 5,000 people attended an illegal party at the Tonto National Forest in Arizona, officials say