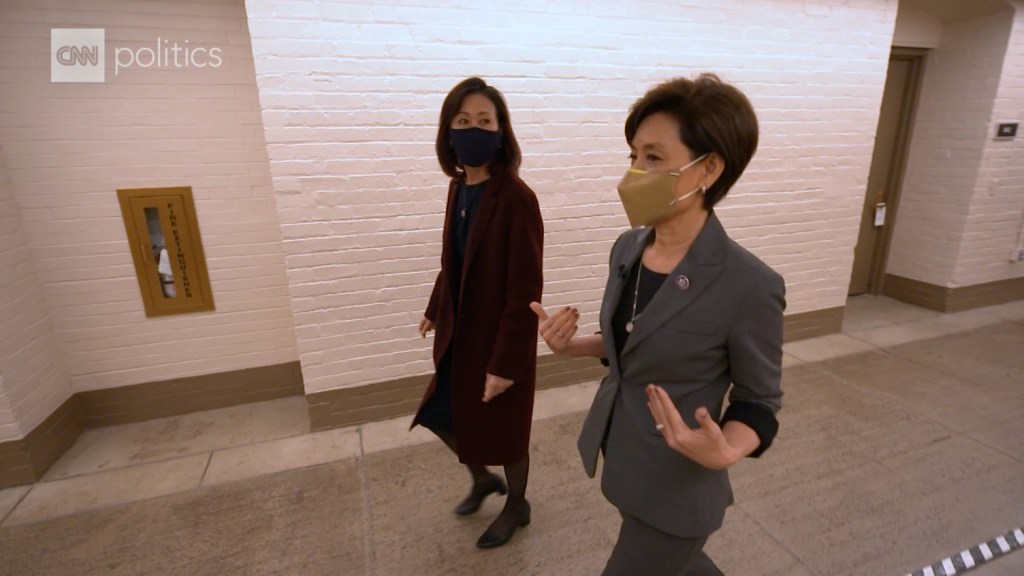 A Texas Republican congressional candidate was called out by two GOP congresswomen who have endorsed her Thursday for “unacceptable and hurtful” comments she made a day earlier about Chinese immigrants, anti-Asian violence in the US and the coronavirus pandemic.

The comments by Sery Kim, a candidate vying for the GOP nomination in the race to represent Texas’ 6th Congressional District, a seat that was held by Rep. Ron Wright until his death in February following a Covid-19 diagnosis, came during a candidate forum hosted by two Republican groups in the district.

At the forum, Kim, responding to a question about the US’ immigration crisis, said: “I don’t want them here at all,” referring to potential Chinese immigrants. “They steal our intellectual property, they give us coronavirus, they don’t hold themselves accountable.”

“And quite frankly, I can say that because I’m Korean,” added Kim, who served as assistant administrator for the Small Business Administration under former President Donald Trump.

In response, Reps. Young Kim and Michelle Steel, both California Republicans, condemned Sery Kim’s remarks and said they had spoken to her about them.

“Sery’s comments were unacceptable and hurtful, especially at a time when hate targeting the (Asian Americans and Pacific Islanders) community is on the rise, and we made that clear to her today,” Young Kim and Steel said in a statement to CNN.

“Chinese Americans, and all Asian Americans, are Americans and are contributing to our communities each day. As we have said, discrimination and violence against Asians and Asian Americans has to stop. Covid does not discriminate, and no American of any race or ethnic group is responsible for spreading the virus,” the statement read, noting that the two lawmakers are the first Republican Korean American women to ever serve in Congress.

The lawmakers, both of whom endorsed Sery Kim in early March, have not rescinded their support, according to Callie Strock, a spokeswoman for Young Kim. The Center for the Study of Hate and Extremism at California State University, San Bernardino reported in a study last month that anti-Asian hate crimes surged 145% from 2019 to 2020.

Sery Kim told CNN in an interview on Thursday that her remarks the previous day “were directed at the Communist Party of China, and were not directed at Asian Americans, especially Chinese immigrants fleeing this oppressive regime.”

She added that she didn’t take back any of her comments, and she stood by her remarks made at the event, which included a claim in an interview with the Dallas Morning News that anti-Asian violence has not worsened over the last year.

“The biggest difference right now is people are filming it — and the media choosing to report it,” she told the newspaper. “Asians have always faced violence. It’s not worse than before.”

Sery Kim confirmed she made those comments in an interview with CNN on Thursday.

Sery Kim added during the event: “I am Asian American and I have never felt discrimination because I blame China for the problems they have actually created.”

In her comments at the forum, Sery Kim also claimed that “China created coronavirus in a Wuhan lab,” something that many officials have consistently cast doubt on, including the World Health Organization, which said in a draft report earlier this week that a lab was the least likely source of the deadly virus.

Instead, the draft report found that the virus probably came to people through an animal, and likely started spreading no more than a month or two before it was noticed in December of 2019.

Independent researchers have also been saying this for months, and genomic testing of the virus indicates it was not engineered in a lab but passed naturally from animals — as did the SARS virus that infected 8,000 people globally in 2002-2004 before it was stopped.