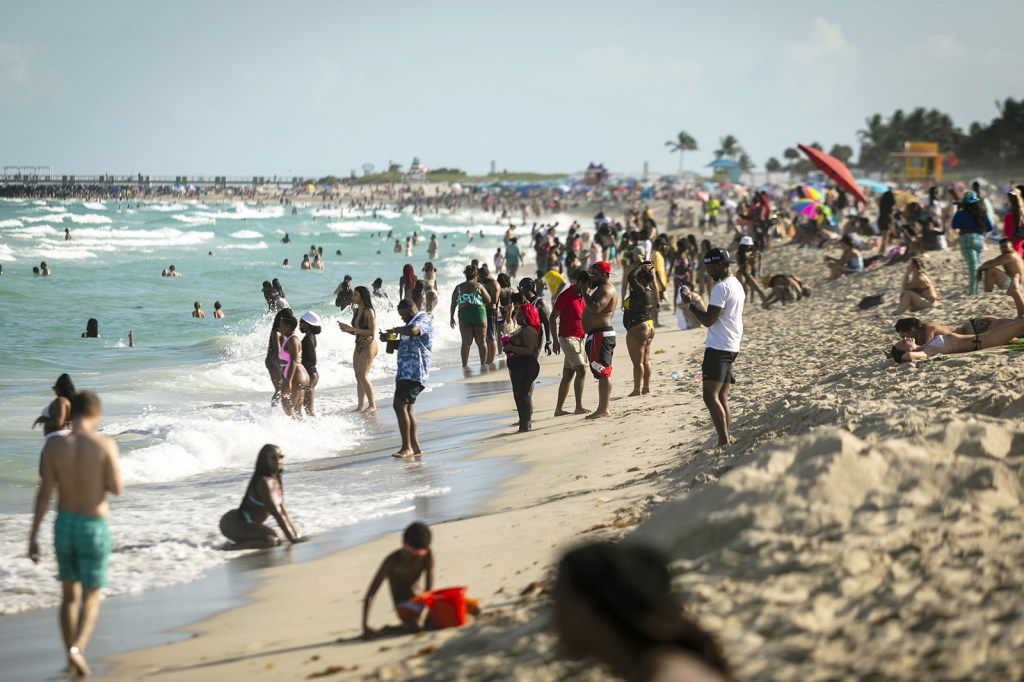 More than 11,000 cases of a troubling variant reported in the US. These states have the highest numbers

Thousands of cases of the B.1.1.7 strain have been reported across the United States, and experts fear the variant could drive another Covid-19 surge as states race to get ahead and vaccinate.

The strain, first spotted in the United Kingdom, isn’t just more contagious than the original novel coronavirus. It appears to be deadlier as well.

B.1.1.7 has been wreaking havoc in parts of Europe, and health experts the US could be next if Americans don’t take precautions.

“In the Upper Midwest, we’re starting to see lots of younger adults getting sick and going to the hospital from Covid because of the B.1.1.7 variant,” said Dr. Peter Hotez, dean of the National School of Tropical Medicine at Baylor College of Medicine. “So remember that the B.1.1.7 variant is different from past types of Covid infections that we’ve seen — more serious and possibly more severe disease among younger people.”

The US Centers for Disease Control and Prevention has reported more than 11,500 cases of B.1.1.7 infections. But those were just the ones caught by genomic sequencing.

The actual number may be much higher, since not every Covid-19 case is sequenced.

The highest B.1.1.7 case counts are in Florida, which has welcomed packed crowds of spring breakers — many of whom are unvaccinated and maskless.

Michigan has the next highest number of B.1.1.7 cases. Officials there say another surge is well on its way.

“We’ve got a high proportion of variants, and that means coronavirus spreads faster,” Michigan Gov. Gretchen Whitmer said. “These are much more contagious, and we’re seeing that whether it is at youth sports or it is the re-engagement of some of our restaurants.”

March was the busiest month for air travel since the pandemic started. More than 38 million people were screened at US airports last month, the Transportation Security Administration said.

New Jersey officials also cited the B.1.1.7 variant as they reported increases in cases and hospitalizations. The numbers could stay high into the summer, officials said.

“It is believed that the uptick in cases is due primarily to more contagious variants, for example B.1.1.7, the UK variant, coupled with less cautious behaviors,” state health commissioner Judy Persichilli said Wednesday.

New hospitalizations have increased 28% over the past two weeks, Persichilli said.

Young people are getting hospitalized

But older residents, who are more likely to be vaccinated, have only seen single-digit percentage increases, Persichilli said.

In Pennsylvania, the University of Pittsburgh has ordered a shelter-in-place period due to a rise in cases among students and concerns about the B.1.1.7 variant.

“Of significant concern is that the increase in positive cases since the end of last week is now among our residence hall students,” an official university email said.

Fauci: ‘Hang in there a bit longer’

The good news: The vaccines that are being administered across the country appear to protect people well against the B.1.1.7 variant.

But only about 17% of Americans have been fully vaccinated, according to CDC data. And a large part of the US population is still vulnerable to the virus and variant strains.

“We’re vaccinating about 3 million people a day. Every day that goes by we get closer and closer to a greater degree of protection,” said Dr. Anthony Fauci, director of the National Institute of Allergy and Infectious Diseases. “So now is just not the time to pull back and declare premature victory.”

“Hang in there a bit longer,” Fauci said. “Just hang on, continue to do the public health measures, and then we can pull back later — when we get a greater degree of protection from the vaccines.”

But some governors or local officials have recently lifted mask mandates.

Alabama Gov. Kay Ivey plans to end her state’s mask mandate next week, a spokesperson for the governor said.

But while the city is seeing improvements in several Covid-19 categories, “concerns remain, especially considering the reversal of trends in several states, as well as the spread of stronger variants that are being detected in several cities in Louisiana.”

If you want real-life clues that vaccines work, take a look at what’s happening in nursing homes.

Since vaccines started rolling out in December, nursing homes saw a 96% decline in new Covid-19 cases, according to an analysis from the American Health Care Association and the National Center for Assisted Living (AHCA/NCAL).

By March 7, the country’s nursing homes saw the lowest number of weekly Covid-19 cases and deaths since Centers for Medicare & Medicaid Services started tracking them, according to the report.

And by that same day, virus-related deaths in nursing homes were down 91% since December.

“We are not out of the woods yet, but these numbers are incredibly encouraging and a major morale booster for frontline caregivers who have been working tirelessly for more than a year to protect our residents,” said Mark Parkinson, president and CEO of AHCA/NCA..

“This trend shows that when long-term care is prioritized, as with the national vaccine rollout, we can protect our vulnerable elderly population.”

People who already had Covid-19 get as strong an immune response from one dose of vaccine as the general population gets after two doses, researchers reported Thursday.

Their study, published in the journal Nature Medicine, lends support to earlier research that indicates vaccination boosts the effect of the immune response to natural infection.

“Overall, we found that individuals previously infected with SARS-CoV-2 developed vaccine-induced antibody responses after a single dose of the BNT162b2 (Pfizer–BioNTech) mRNA vaccine that were similar to antibody responses seen after a two-dose vaccination course administered to infection-naive individuals,” Dr. Susan Cheng of Cedars-Sinai Medical Center in Los Angeles and colleagues wrote in their report.

Cheng said the findings support the argument that people who know they have been infected can get by with just one dose of vaccine.

“This approach could maximize the reach of a limited vaccine supply, allowing potentially millions more people to be vaccinated in the US alone,” Cheng said in a statement.

The 35 people who had recovered from coronavirus had similar immune responses after one dose as 228 people who had not and who had been given both doses of vaccine — at least for 21 days afterwards. The team did not test people for longer than three weeks.

The approach is not supported by federal health officials and other experts, who say the studies show people need two doses of vaccine for optimal protection, regardless of whether they have been infected.

More than 11,000 cases of a troubling variant reported in the US. These states have the highest numbers