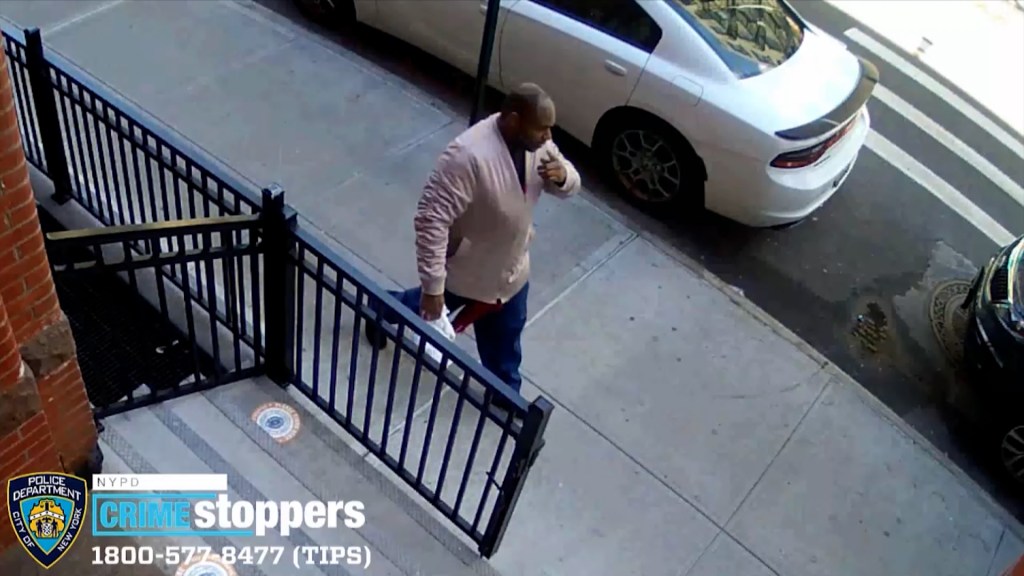 The man arrested in the assault on a 65-year-old Asian woman in New York City was out on parole for killing his mother, police told CNN.

Elliot is facing 25 years in prison in addition to “other consequences related to his lifetime parole” if convicted, Vance added. The judge ordered Elliot remain in custody. His next court date is April 5.

The NYPD said Elliot is the man in the photos and videos released Tuesday by the department in its request to identify the individual near the scene Monday.

In a statement to CNN, The Legal Aid Society, which is representing Elliot, asked that the public reserve judgment on its client “until all the facts are presented in court.”

“Mr. Elliot has a constitutional right to counsel and due process. As with every client we represent, he will have unfettered access to our legal resources and expertise. We are fully reviewing this case and will have additional comments in the coming days and weeks,” the statement said.

Police previously said the woman was punched and kicked in Midtown Manhattan by an attacker who allegedly made anti-Asian statements toward her. The brazen attack was captured on video and released by authorities.

Elliot approached the woman and yelled “F**k you, you don’t belong here, you Asian” before knocking her to the ground and striking her several times, according to the criminal complaint.

The woman is of Filipino descent, the complaint states. She was treated at a New York City Hospital where she suffered from a fracture to her pelvis, forehead contusions and contusion to her body, according to the complaint.

The incident comes at a time when New York and cities across the US have seen an increase in reports of attacks against Asian people.

Elliot served 17 years in state prison for stabbing his mother to death, the NYPD told CNN. He was released on lifetime parole in November 2019.

The NYPD Hate Crimes unit thanked its detectives and the public for assistance in the investigation in a social media post early Wednesday.

Police said the attack happened in front of 360 West 43rd St., the address of an apartment complex owned by the Brodsky Organization.

The video, which seems to be from the vantage point of a camera inside the apartment complex, appears to show onlookers not reacting to the attack as the woman is kicked repeatedly in broad daylight.

The Brodsky Organization released a statement Wednesday saying in part it has been working with union representation to investigate the response of two lobby staffers who witnessed the attack. The company said the two employees were seen on video “closing doors in response to the perpetrator brandishing a knife.” The employees then assisted the victim and flagged down an NYPD officer.

The staffers remain suspended pending the outcome of the investigation and to determine whether “all emergency protocols were sufficiently followed.”

The company said it’s “committed to strengthening internal training and working with our community to ensure the safety of our residents and neighbors.”

“We are extremely distraught by the horrific attack that occurred outside our building, and our hearts go out to the victim,” the company said Wednesday. “Our company stands with the AAPI community in condemning racism and violence against Asian-Americans.”

Kyle Bragg, the president of the local union SEIU 32BJ, said the union is investigating the incident and the actions of the door staff.

“The information we have at the moment is that the door staff, members of SEIU 32BJ, called for help immediately. The staff in question has been suspended pending further investigation,” Bragg said.

NYPD Detective Michael Rodriguez said there were no 911 calls for the incident and patrol officers drove by and came up on the victim after she was assaulted.

Residents of 360 West 43rd Street apartments defended the actions of the door staff in an open letter to the Brodsky Organization.

“We would like to make clear … that upon review of the FULL video-recorded incident, we do not believe the 360 West doormen staff have failed us as residents, our Midtown Manhattan community, nor our fellow AAPI New Yorkers,” the letter read.

The letter says the security footage of the assault was edited to focus on the assailant, but “most certainly mischaracterizes” the door staff.

“It is very apparent to us that the doorman who acted to secure our building by closing the front door, did not have line of sight at the time of the attack and was merely reacting to the aftermath of a physical altercation,” the letter read. “Immediately upon comprehending what had transpired, we commend the staff’s quick response in rendering aid to the victim, alerting medics, and cooperating with law enforcement.”