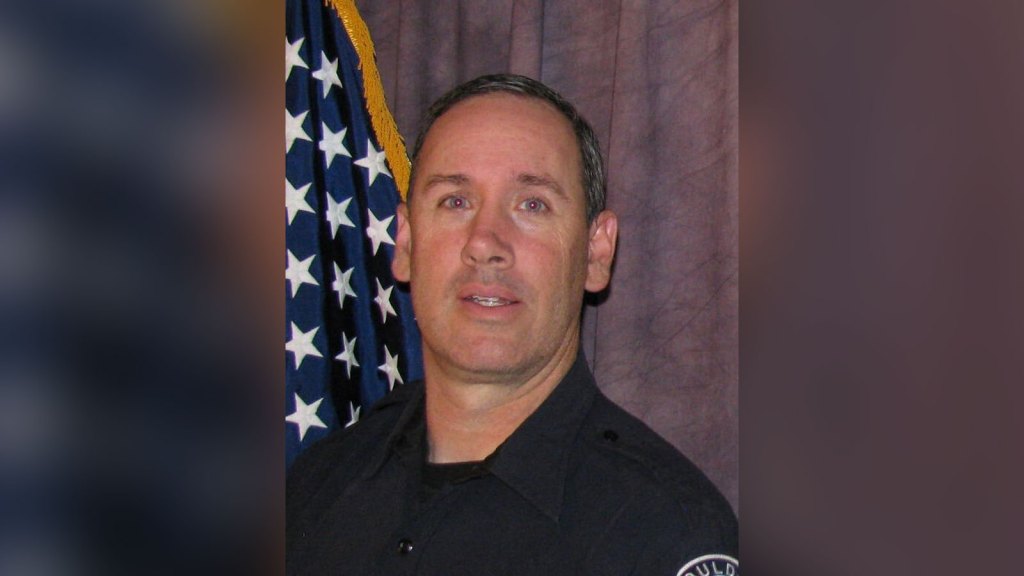 Here is what we know about the mass shooting in Boulder, Colorado, that left 10 dead

Ten people, including a Boulder police officer and a store manager, were killed Monday when a gunman attacked a King Soopers supermarket in Colorado.

A suspect is in custody, but the motivation behind the massacre still isn’t known, authorities say. Here is what we know so far:

Police said they were called to the King Soopers store over reports of gunfire around 2:40 p.m. MDT Monday.

A man wearing a “tactical” or “armored” vest opened fire, killing people in the parking lot and inside the store, according to a court document released by Boulder County officials the next day.

An arrest affidavit states police 911 dispatch received multiple calls. One caller told dispatchers the shooter shot out the window of a car and chased a man. Other callers said the shooter was wearing “an armored vest.”

Multiple callers said they were hiding in the store. Employees told dispatchers they “observed the suspect shoot an elderly man in the parking lot. The suspect then walked up to the elderly man, stood over him and shot him multiple additional times,” the police affidavit said.

Witnesses told dispatchers they reported seeing the shooter shoot at police, the affidavit said. Officers had exchanged gunfire with suspect Ahmad Al Aliwi Alissa at the store, but it wasn’t clear who shot him, police Chief Maris Herold said.

Officers wrote that Officer Eric Talley had a gunshot wound to the head and was removed by SWAT officers, the affidavit said.

An officer says they saw the shooter walking backward toward the SWAT team in order to be taken into custody. The shooter “removed all of his clothing and was dressed only in shorts.”

The suspect did not answer officers questions about whether there were other suspects, but he did ask to speak to his mother, the affidavit said.

Maggie Montoya — who hid under a desk in the pharmacy — told CNN’s Anderson Cooper she heard the shooter surrender.

The suspect was taken into custody at 3:28 p.m. There was no indication of alcohol or drug use, the affidavit said.

At one point, police were seen moving on the roof of the store. The reason for the movements was unclear, but one witness told CNN affiliate KCNC that his relatives in the store were evacuated through the roof.

Who are the victims?

Boulder police Officer Eric Talley, 51, was killed, having been one of the first officers to respond to the scene, Chief Herold said.

Talley, a father of seven children ages 5-18, once had a different profession and “didn’t have to go into policing, but he felt a higher calling,” Herold said.

“He cared about this community … and he was willing to die to protect others,” she said.

Olds, 25, of Lafayette, was a front-end manager at the store, her uncle, Bob Olds, told CNN.

She was a “strong, independent young woman” who was raised by her grandparents, Bob Olds said. “She was so energetic and charismatic and she was a shining light in this dark world,” he told CNN.

Olds and Stong were graduates of local high schools, according to a statement from Boulder Valley School District Superintendent Rob Anderson.

King Soopers in Boulder will remain closed while the shooting is investigated.

Fountain “was a person who all of her life really was about doing service, helping others,” longtime friend Helen Forster told CNN’s Erin Burnett.

Forster said she met Fountain during a community theater production in the late 1980s and later hired her to work at her nonprofit organization. Fountain also worked at a local hospital for a number of years and later became a Medicare consultant, helping seniors.

“I think we’re still a little bit in shock, and we’re stunned. And I think we just have to take one day at a time and remember what she did for all of us,” Forster said. “You hold someone in your heart, whether they’re on the planet or not, you know. So, I think that that’s what a lot of us will be doing moving forward.”

Stong was described as a “wise young man,” by his co-worker Logan Ezra Smith.

“Me and him were both big Second Amendment supporters and would go shooting on the weekends,” Smith said. “I will miss his smile and his laugh but as well as his honesty. He put you in your place.”

Who is the suspect?

Alissa, 21, of the Denver suburb of Arvada, was taken into custody at the shooting site, accused of killing the 10, police said.

Alissa was shot at some point in the leg. Officers had exchanged gunfire with him at the store, but it wasn’t clear who shot him, Herold said.

He was treated for his injury at a hospital, but by Tuesday he had been booked into a county jail on 10 counts of murder in the first degree, police said.

Investigators don’t have information about a motive. Still, they believe he was the only perpetrator, authorities said at a news conference Tuesday.

The suspect has “lived most of his life in the United States,” Boulder County District Attorney Michael Dougherty said, without elaborating.

“In terms of statements that he (Alissa) may have made to investigators … we’re collecting those statements now, and we’ll be providing those in the weeks ahead,” Dougherty said.

An AR-15-style pistol that had been modified with an arm brace was used in the shooting, a senior law enforcement source told CNN on condition of anonymity. A search of the suspect’s home turned up other weapons, the source said.

Images from the scene on Monday — from a livestreamer and from CNN affiliate KMGH — showed police escorting from the building a shirtless man with blood on his leg, with his hands apparently cuffed.

Ahmad Alissa was sentenced to one year of probation and 48 hours of community service after pleading guilty to third-degree assault in 2018 for an incident that occurred in November 2017. He was accused of attacking a classmate at his Denver area high school, according to the Colorado Bureau of Investigation’s database.

Where does the investigation go next?

Alissa will have his first court appearance at 8:15 a.m. MT on Thursday, according to Colorado Judicial Branch online records.

Police will be on the scene day and night to learn more about the violence that took place at the store, officials said.

“We will work around the clock to get this accomplished,” Herold said.

The killings come less than a week after three spa shootings in Atlanta, in which eight people were killed.

In the last week, the United States has had at least seven shootings in which at least four people were injured or killed.

Gov. Jared Polis told CNN’s Pamela Brown on Tuesday that public information officers have been assigned as the point of contact for victims’ families.

“I’ve made it known … that when they’re ready to take my call, I will of course convey the remembrance the people of Colorado have for the 10 victims,” he said.

Polis said he has ordered flags to fly half-staff for 10 days to honor the 10 victims.

Here is what we know about the mass shooting in Boulder, Colorado, that left 10 dead