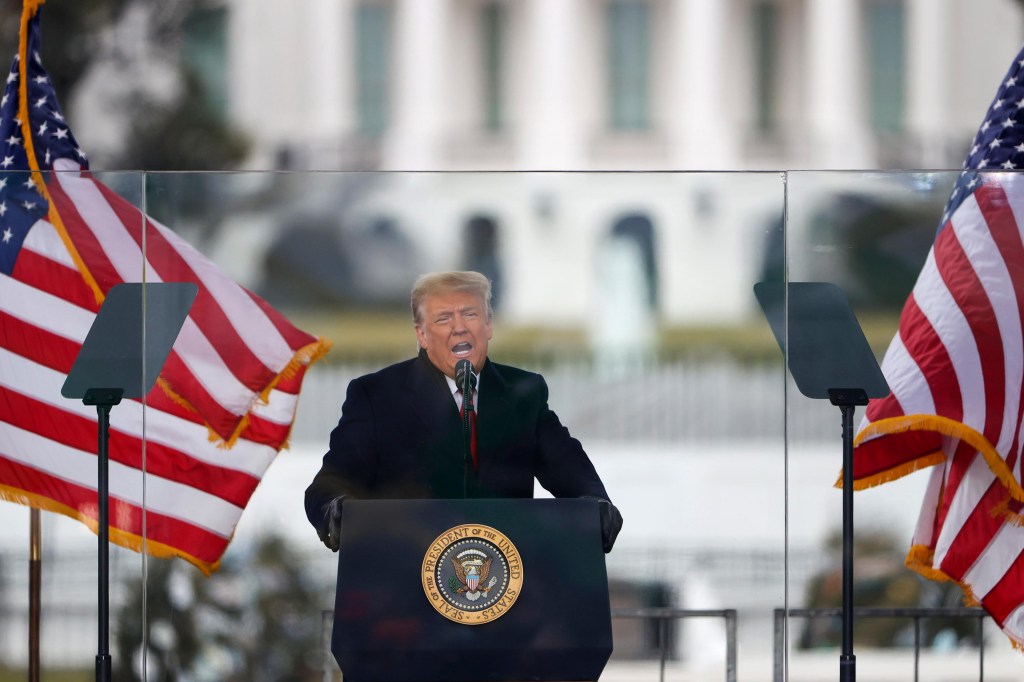 Attorney General Merrick Garland is quietly ushering in a change in tone at the Justice Department, making few public comments and staying out of sight — and unlike his predecessor — eschewing commentary about ongoing investigations.

That’s one reason why an interview by Michael Sherwin, the former acting US attorney for the District of Columbia, discussing his push to use a rarely used sedition law to charge January 6 rioters and the possible culpability of former President Donald Trump for inciting the insurrection, reverberated in the new no-drama Justice Department.

Sherwin’s interview with CBS’s “60 Minutes” prompted criticism from officials, even though the remarks largely mirrored those Sherwin made previously in a January news conference.

David Laufman, a former Justice prosecutor echoed some of the internal criticism, saying, “It’s flat out improper,” adding “I don’t think it’s OK for an [assistant US attorney] to be talking to the media about what charges are appropriate in a case under investigation.”

Sherwin didn’t get prior approval from his Justice Department bosses before the 60 Minutes interview, according to people briefed on the matter, a break with protocol.

His comments also made clear that, as CNN has previously reported, prosecutors have recommended bringing sedition charges against some people charged in the riots but the matter remains under discussion at Justice headquarters.

“I believe the facts do support those charges,” Sherwin said. “And I think that, as we go forward, more facts will support that.”

Some Justice officials believe the comments could serve to hem in top officials who are weighing whether the department can sustain such a politically controversial set of charges, particularly given First Amendment protections. Others also raised concerns that comments about the ongoing investigation could taint the jury pool for cases that won’t likely come to trial for months.

The Justice Department rarely has brought sedition related charges and Laufman notes there aren’t many current federal prosecutors who have ever brought such cases. In 2010, prosecutors charged members of a Christian militant group called the Hutaree with seditious conspiracy.

Federal prosecutors were successful in using the law against Puerto Rican separatists in the 1930s.

Sherwin in the 60 Minutes interview also raised the possibility of Trump facing charges, repeating his comments from January that everything remains on the table for prosecutors. His comments also made clear that evidence so far cuts both ways with some defendants blaming the former President and evidence showing some acted on their own.

There’s no indication that Trump or lawmakers are targets of investigation and the prospect of bringing criminal charges for comments inciting the crowd at the pro-Trump rally before the riot remain unlikely, US officials briefed on the matter say.

Garland is still only in his first weeks as attorney general and the Capitol insurrection cases are among the important matters that he vowed to make his top priority. Justice officials have said he has spent many of his days getting briefed on national security and other matters.

People familiar with Garland’s briefings describe him as frequently interrupting to ask questions, as befits someone who most recently was a judge for 24 years, and in some cases asking Justice lawyers to explain whether and how they can be sure the department could sustain taking certain court actions.

His administration is expected to be methodical in making decisions, Justice officials say. Former Attorney General William Barr, by comparison, was known to quickly make decisions and was known to interrupt briefings from aides to express his strongly held views.

One issue that appears to reflect the slower pace under the department’s new management are plea discussions with some defendants in the Capitol riot cases.

The department has asked judges for more time to abide by so-called discovery requirements, to produce evidence to defense attorneys, some of whom are complaining in court. Many of the cases aren’t likely to go to trial because defendants are facing relatively minor charges unlikely to merit prison time and want to plead guilty, if the Justice Department would let them.

That slowdown is causing a strain the resources for the department and in the courts, officials acknowledge, made worse because with more than 300 people already charged and another hundred more likely, the sprawling investigation is the department’s biggest ever.