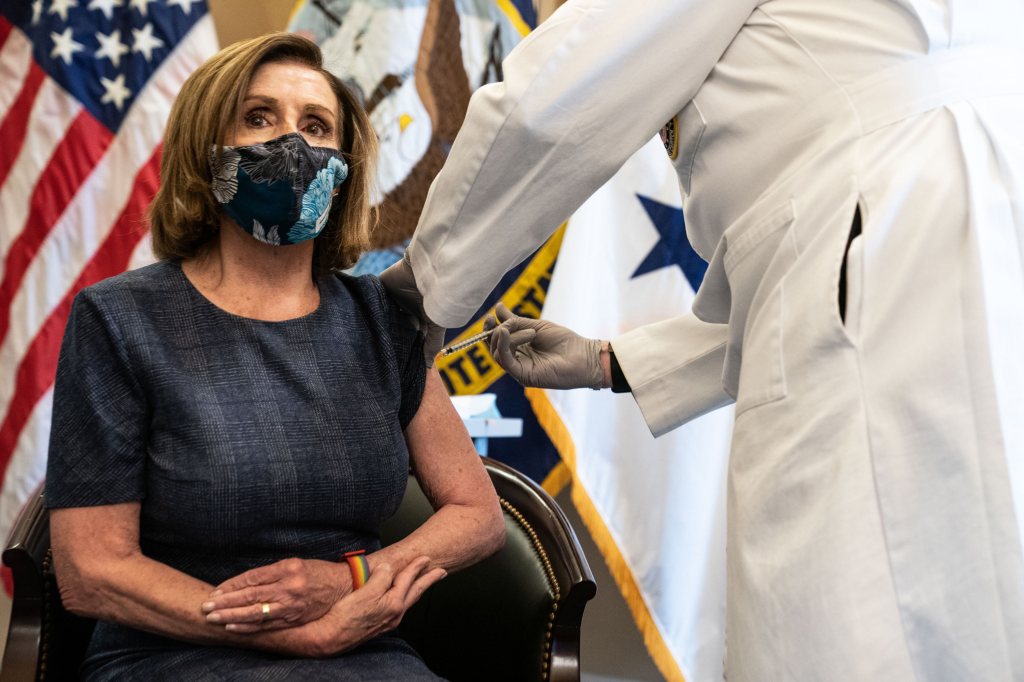 As the political fight over vaccinations continues around the country, CNN has learned that several members of Congress still have not been vaccinated despite having had access to the vaccine on Capitol Hill since December.

Through a House-wide survey and interviews, CNN has contacted offices on Capitol Hill to try to get a clearer picture about where gaps in vaccinations still exist.

The survey comes as health officials around the country are encouraging Americans to get vaccinated and as frustration mounts to restore the House, which has extended the length of each vote to allow for social distancing, to a more regular way of functioning.

With a low number of responses from House Republicans, CNN attempted to interview GOP lawmakers in the halls of the Capitol about their vaccine status. A handful of members told CNN it was a HIPAA violation to even be asked. HIPAA applies to health care providers, who are barred from sharing personal health information about their patients without consent, not to individuals who willingly share their information.

“Isn’t that a HIPAA violation?” Rep. Marjorie Taylor Greene of Georgia said when asked about her vaccine status.

“I don’t know if should tell you,” Rep. Markwayne Mullin of Oklahoma said. “I am not going to answer that.”

“That’s not appropriate,” Rep. Jason Smith, a Republican from Missouri, chimed in as he overheard the question.

Later when Smith was asked about his vaccination status, he shot back, “The fact that you are asking them their health information, I think that is really unacceptable.”

Still, while CNN found that Democratic offices were far more forthcoming about their bosses’ vaccine status, a number of Republicans were equally passionate about getting themselves, their constituents and their fellow members shots.

“I talk about it a lot,” said Rep. Richard Hudson, a Republican from North Carolina who has been vaccinated, adding that he worked with his local hospital system to produce a campaign featuring him with his vaccine card, trying to set an example. “There are some people who are concerned about the safety, and I want to encourage people to get vaccinated.”

Rep. Michael Burgess, a Republican from Texas, said he believes it is important for members to do everything they can to try to make their constituents feel comfortable getting the vaccine — and that includes disclosing their own vaccination status.

“If we want the country to get better, we should say,” Burgess, who is a medical doctor, said of talking about lawmakers’ vaccine status. “The country is not going to get better till people get vaccinated.”

Democratic Rep. Dan Kildee of Michigan blasted colleagues who had declined to get inoculated months after the vaccine had become available to them.

“The first thing I would tell them is to grow up. I mean, this is science, this is health, this is a national pandemic, and we’re trying to get work done here to deal with it. And the idea that because of their own political vanity, they are unwilling to do something that protects themselves, their neighbors, their families, their colleagues, to make some sort of a bizarre political statement, grow up. That’s what I’d tell them,” Kildee said.

‘We aren’t a privileged class’

Around the country, vaccine hesitancy has become a major obstacle for public health advocates trying to quickly get the country back to normal. In a CNN poll released earlier this month, 92% of Democrats said they had gotten a dose of the vaccine or planed to get one, while just 50% of Republicans said the same. In Congress, vaccines could be key to loosening safety restrictions that have made it harder for the House and the Senate to conduct regular business.

The House currently holds votes open for roughly 45 minutes to limit the number of individuals on the floor at any given time. It’s unclear if and when that practice would change.

“I mean, if they would be vaccinated, we could cut the time on the floor for votes and that should, hopefully, would be a motivation to more of them to get vaccinated,” House Speaker Nancy Pelosi told CNN on Wednesday.

Many of those, however, argued they had waited because they didn’t want to “skip the line” and did have plans to be vaccinated.

“We are members of Congress, but we aren’t a privileged class,” Duncan said, noting he is getting his vaccination Tuesday.

“I am waiting for people. I am old, but I am not the oldest yet, so I am waiting for everyone else who is older to be vaccinated,” Jordan, who’s 57, said. “I am in no hurry.”

Pappas’ office also said the Democrat planned to be vaccinated.

Some Republicans did not make that promise. A spokesman for Cawthorn told CNN that the freshman congressman would “make that decision in consultation with his doctor.”

And Massie told CNN that he did not plan to be vaccinated at all because he had already had the virus.

“I have immunity from recovery,” Massie said, adding that he would not be getting vaccinated. “Unless there is evidence that shows it beneficial, there is no reason to get it.”

The US Centers for Disease Control and Prevention has advised individuals who had the virus to still get vaccinated.

Fleischmann said he had declined to get vaccinated in December because he thought it was wrong to go ahead of others who wanted the vaccine and needed it more urgently. In January, he said he got the virus. Now, he said he is not sure if he will ever get the vaccine.

“I don’t know yet. I want to make sure that everybody in America who wants it can get it before me. I did not want to put myself in the front of the line. I am encouraging everyone to get it,” the Tennessee Republican said.

House Minority Leader Kevin McCarthy has put increased pressure on Democratic leadership to restore regular order after the chamber took unprecedented steps to make voting safer amid the pandemic. In a letter to Pelosi last week, McCarthy noted that roughly 75% of the House had been vaccinated and said it was time to end proxy voting — a practice where members can vote remotely. The Office of the Attending Physician did not return a request for comment about the percentage of members who have been vaccinated.

Proxy voting has long been a target of Republican leaders despite the fact that some GOP members have used it. Democratic leaders have not said when that practice would end.

“I’m not going to address the hypothetical possibility that isn’t in front of us yet in terms of what the discussion shows and reveals amongst House Democrats, and what the public health guidance may be,” Rep. Hakeem Jeffries, a member of Democratic leadership, told CNN.

Vaccinations in the Senate

In the Senate, every Democrat has been vaccinated, as have the vast majority of Republicans. Five Republicans — Sens. Ron Johnson of Wisconsin, Mike Braun of Indiana, Rand Paul of Kentucky, Rick Scott of Florida and Kevin Cramer of North Dakota — confirmed to CNN they have not been vaccinated.

Both Johnson and Paul have had coronavirus and argued that the antibodies they have are protective against serious reinfection despite the fact the CDC has been advising people that they do not know how long immunity lasts.

“I thought I was doing everyone a favor,” Johnson told CNN in a phone call Monday. “I don’t think any of this is settled science, but the reason I am not vaccinated yet is I have had Covid and even when I had it, I had a mild case. … Now I am being attacked as being anti-science. It boggles my mind.”