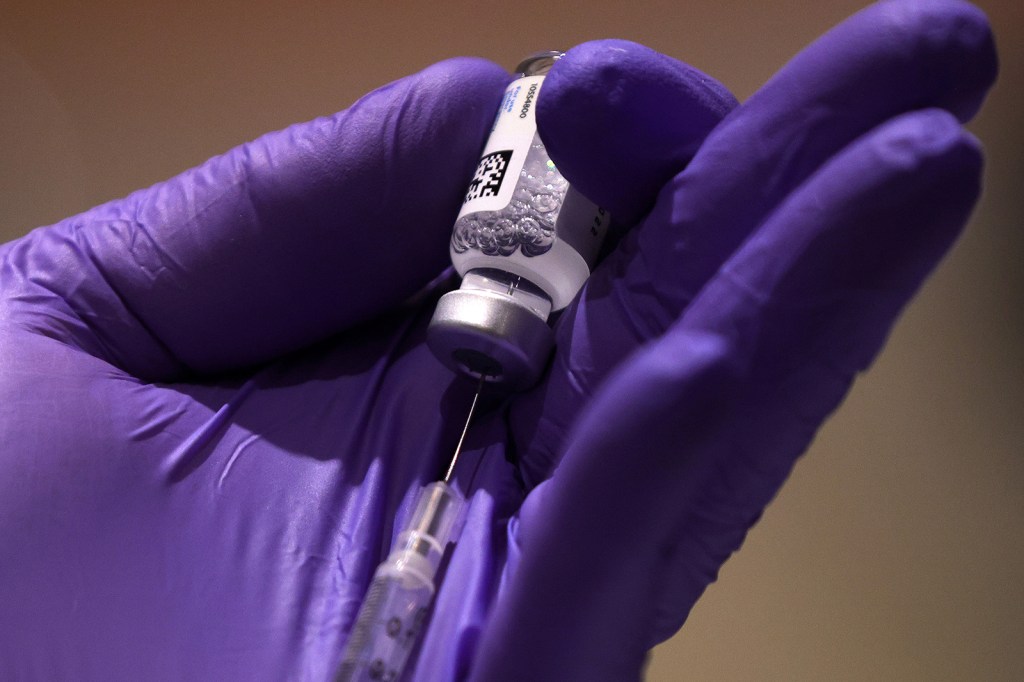 The race between variants and vaccines in US will be a close call, expert warns, and eased restrictions aren’t helping

Experts say there’s a tough race between Covid-19 vaccinations and a contagious variant that’s rapidly spreading across the US, threatening another dangerous surge — and the eased restrictions only further complicate things.

“It’s going to be a close call,” Dr. Ashish Jha, dean of the Brown University School of Public Health told CNN on Tuesday. “We are vaccinating really well, that’s the good news. These variants are spreading pretty quickly across the country, that’s the bad news.”

“To me, I think the vaccine should win out,” Jha added. “Here’s the big but: What Texas, Mississippi, other states are doing to relax and get rid of the mask orders and kind of act like everything is back to normal, that is definitely coming down on the side of the variants.”

The governors in Texas and Mississippi are among at least a dozen state leaders that have eased restrictions this month with many crediting improved Covid-19 numbers and increased vaccinations.

Mississippi, for instance, has seen new cases jump 19% from last week, according to Johns Hopkins University data. The state has an average of 463 new cases per day. Case counts have been increasing over the last eight days.

New cases are still trending down in the US overall and experts say that typically more sustained data — of at least a couple weeks — is needed to identify a trend. But with multiple concerning variants circulating in the country, catching early warning signs may be key to limiting continued spread.

You asked, we answered: Your top questions about Covid-19 and vaccines

Meanwhile, researchers have reported that low-dose aspirin might help protect the lungs and reduce the need to put patients on ventilators.

The inexpensive and widely available tablets also keep patients out of ICUs and can reduce the risk of death, probably by preventing tiny blood clots, a team at George Washington University reported in a study published in the journal Anesthesia & Analgesia.

Aspirin is particularly attractive because it is one of the most widely available over-the-counter drugs. Its cost, at just cents per dose, is minuscule compared with other commonly used anti-Covid drugs such as remdesivir, which can run thousands of dollars for a typical treatment course.

Aspirin can help prevent blood clots and people who have had a heart attack are often advised to take a baby aspirin every day.

“The reason why we started looking at aspirin and Covid is because in the spring we all realized that all these patients started to have a lot of thrombotic complications, or a lot of blood clots that have formed throughout their bodies,” Dr. Jonathon Chow, assistant professor of anesthesiology and critical care medicine at the George Washington School of Medicine and Health Sciences, told CNN.

“That is why we thought that using an antiplatelet agent, or a blood thinner, like aspirin, might be helpful in Covid-19,” Chow said.

The team looked at the records of 412 patients admitted to several US hospitals between March and July 2020. About 24% of the patients received aspirin within 24 hours of hospital admission, or in the seven days before hospital admission. But most, 76%, did not receive the drug.

The researchers found that aspirin use was associated with a 44% reduction in mechanical ventilation, a 43% reduction in ICU admission, and a 47% reduction for in-hospital mortality.

Chow cautioned that one limitation of his team’s study was that it looked at medical records and did not randomly assign patients to take either aspirin or a placebo.

Other studies have made similar findings. One study, published in the journal PloS One, looked at more than 30,000 US veterans with Covid-19, and found those already taking aspirin had half the risk of dying as those not prescribed the daily pills.

Covid-19 reinfections are relatively rare, but it’s more common for people 65 and older to get infected more than once, according to a study published Wednesday in the Lancet medical journal.

Scientists from Denmark’s Department of Infectious Disease Epidemiology and Prevention noted that most people who have had Covid-19 seemed to have protection from reinfection for about six months. When they looked at which people were getting infected again, it was mostly people 65 and older.

The older age group appeared to have about 47% protection against repeat infection, compared to younger people who seemed to have about 80% protection from reinfection. The finding is not completely unexpected, since as people age their immune systems weaken.

Vaccine coverage has been lowest in more vulnerable counties

To boost vaccination numbers faster, many state leaders have recently announced expanded eligibility guidelines, adding millions of Americans to the list of people who can get a shot. President Joe Biden has said he wants all American adults to be eligible for a vaccine by May 1 — and some states have said they’re planning on getting there sooner.

Massachusetts Gov. Charlie Baker announced Wednesday that as of April 19, people ages 16 and older will be eligible for a Covid-19 vaccine.

The differences were largely driven by socioeconomic disparities, particularly differences in the share of the population with a high school diploma and per capita income.

“Everyone in America should have equal opportunity to be as healthy as possible,” Dr. Rochelle Walensky, director of the US Centers for Disease Control and Prevention, said in a statement.

Here is what vaccine eligibility looks like across the US

While vaccinations have accelerated, challenges — including vaccine hesitancy and disinformation — remain.

The race between variants and vaccines in US will be a close call, expert warns, and eased restrictions aren't helping