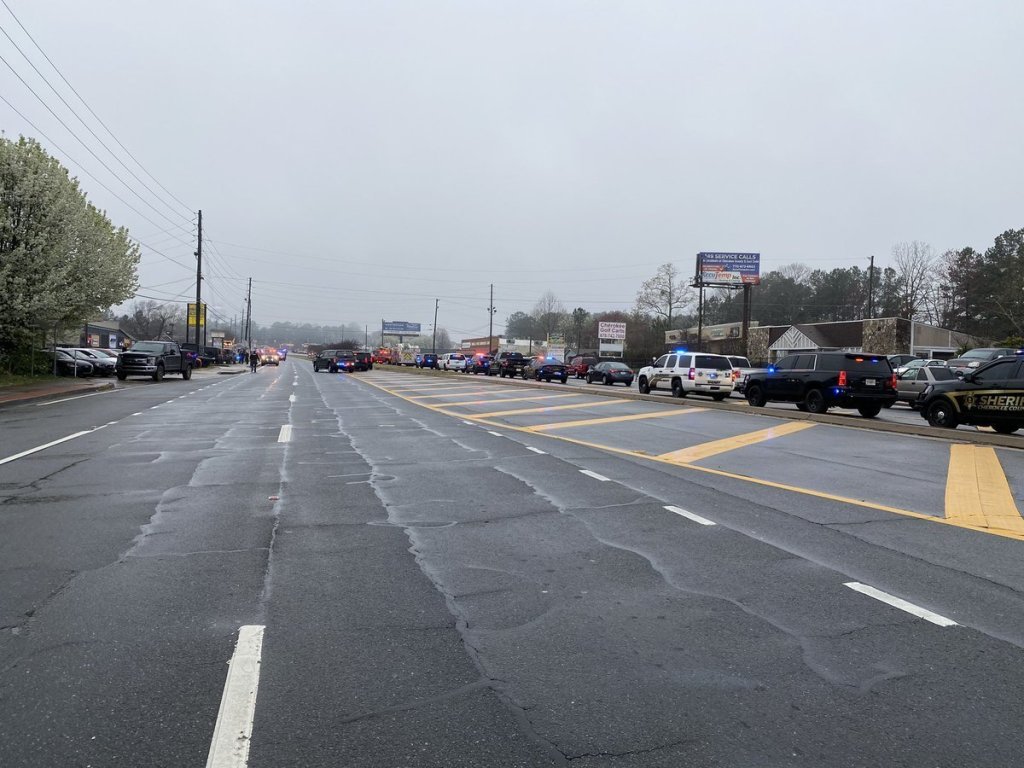 8 killed in shootings at 3 metro Atlanta spas. Police have 1 suspect in custody

Authorities in metro Atlanta are investigating whether shootings at three massage parlors that left eight people dead and one wounded are connected.

Two of the shootings were at spas across the street from each other in northeast Atlanta and the other was in Cherokee County to the northwest of the city.

Officials in each jurisdiction said there were no immediate indications of motive and it is unclear whether the shootings were related.

A suspect in the Cherokee County shootings was taken into custody in Crisp County, about 150 miles south of Atlanta, around 8:30 p.m. — about 3 1/2 hours after the killings. The Cherokee County Sheriff’s Office identified him as Robert Aaron Long, 21, of Woodstock.

Responding deputies found five people with gunshot wounds. Two people were pronounced dead at the scene and three were transported to a hospital, where two died, Baker said.

The massage parlor is about 30 miles from the sites of the Atlanta shootings, which took place about an hour later.

Atlanta police said they responded to a robbery call at the Gold Massage Spa on Piedmont Road in Atlanta and found three people dead.

While there, police received another call of shots fired directly across the street at the Aroma Therapy Spa, where they found one person dead, Atlanta Police Chief Rodney Bryant said.

The four victims were female and appear to be Asian, Bryant said, adding it was too early to say what their connection was to the spas.

8 killed in shootings at 3 metro Atlanta spas. Police have 1 suspect in custody