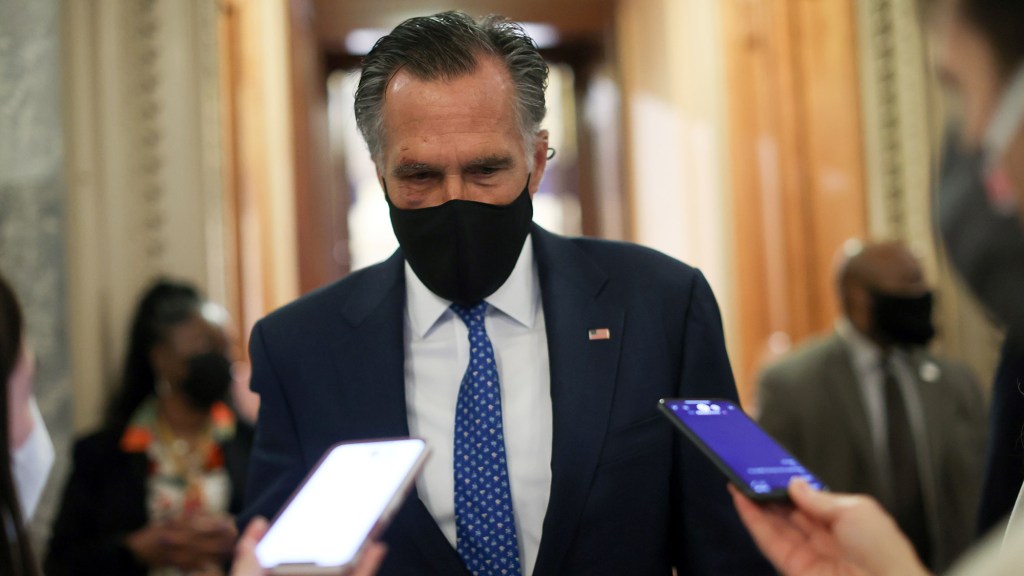 (CNN) — Sen. Mitt Romney was knocked unconscious and taken to the hospital for “a lot of stitches” on his eyebrow and eyelid after a fall over the weekend, he told reporters Monday.

“I’m doing better,” the Utah Republican said on Capitol Hill, telling reporters he “took a fall” while visiting his grandchildren in Boston. He wasn’t kept in the hospital overnight.

Romney wouldn’t say what he was doing when he fell, but he joked about the Conservative Political Action Conference, where former President Donald Trump had singled him out — despite his absence — to criticize him. “Oh my goodness. I went to CPAC. That was a problem,” the senator said.

Romney, the 2012 Republican presidential nominee, has been scorned by much of the Republican base in light of his votes to convict Trump during both of his Senate impeachment trials. The senator had condemned GOP attempts to subvert the will of the voters in the presidential election, lambasting the former President for encouraging supporters to disrupt the peaceful transition of power in “an unprecedented attack against our democracy.”

During his remarks at CPAC on Sunday, Trump called out by name Romney and other Republican lawmakers who had voted to impeach him in the House and convict him in the Senate for his incitement of the January 6 riot at the US Capitol, saying that “the Democrats don’t have grandstanders like Mitt Romney” and others.

“My name is Jason Chaffetz, I’m from Utah and I am not Mitt Romney,” Chaffetz said. “If you’re looking for Pierre Delecto, you need to go down the hall, go left, and then just keep going left until — well, just keep going left. That’s where you’ll find him.”

Last year, CPAC organizer Matt Schlapp announced that Romney was not invited to the event, later saying that he “would be afraid for (Romney’s) physical safety, people are so mad at him.”