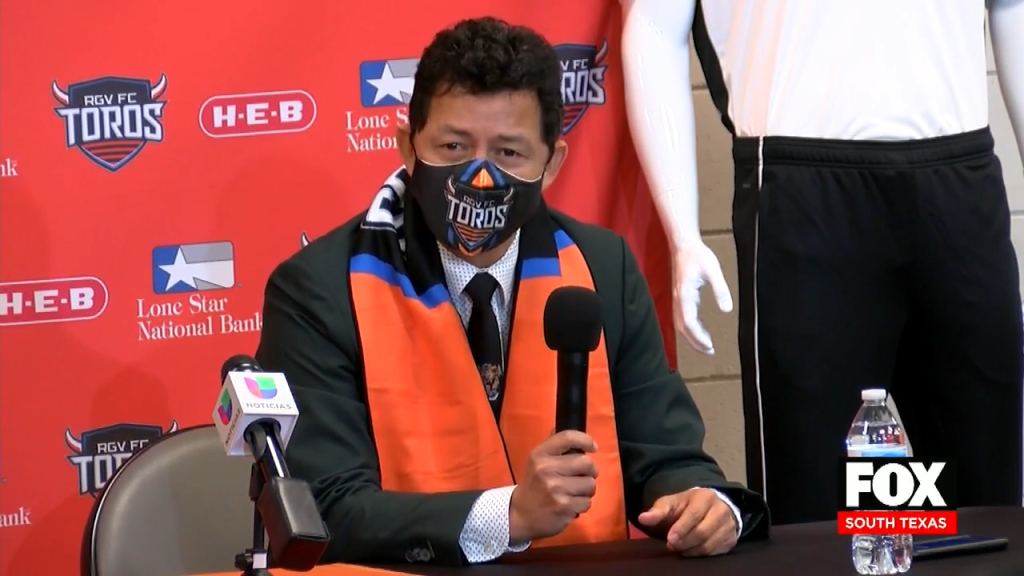 The Toro’s new head coach Wilmer Cabrera has some unfinished business in the Rio Grande Valley.
Today the team officially announced his return after leaving the Toros at the end of the 2016 season.
Even after taking RGV FC to the quarter finals that year. Cabrera says he needs to finish what he started stating he was not satisfied with just one playoff game and would work to making the team more competitive with hopes of returning to playoffs.