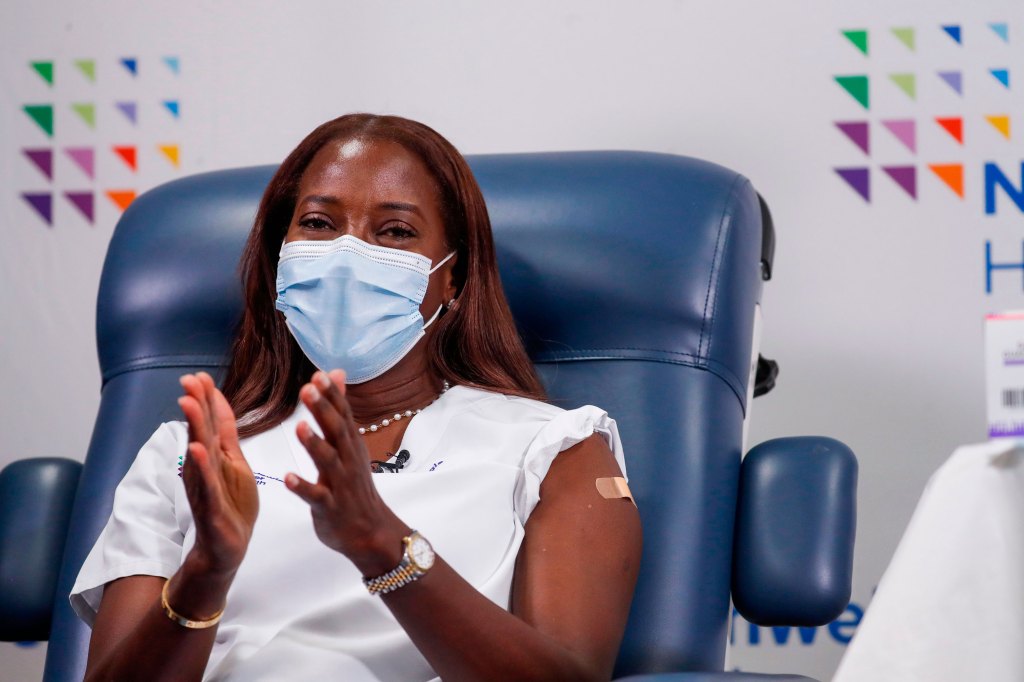 The US keep breaking records in the coronavirus pandemic. The latest: 3 million new cases in the first two weeks of the year.

But some experts say there’s hope.

Vaccines, spring weather and, surprisingly, the high number of infections all offer cause for optimism, Dr. Paul Offit, director of the Vaccine Education Center at the Children’s Hospital in Philadelphia and a member of the US Food and Drug Administration’s Vaccines and Related Biological Products Advisory Committee, said Wednesday.

While the “awful” numbers are likely to worsen for the next couple of months, Offit believes that the US could stop the spread of the virus by June.

Offit believes that things “are soon going to get dramatically better.”

Two Covid vaccines licensed for use in the US under emergency use authorization are “remarkably effective,” Offit said.

Dr. Georges Benjamin, executive director of the American Public Health Association, agreed. “We can see a light at the end of the tunnel,” he said, adding that vaccines “show us a way forward.”

States are still struggling to get vaccines into people’s arms. Only about 35% of vaccines distributed to states have been given to people, according to Centers for Disease Control and Prevention data. And the US government’s Operation Warp Speed has only managed to ship about 10 million doses to state and local governments — half what it promised to have been distributed and administered by the end of the 2020.

“It’s still not there by any means. There’s still a lot of work to do to get the vaccination program up and running,” Benjamin said.

But there is a steady increase in the number of people being vaccinated. States have passed 500,000 vaccinations a day on average — something that gives Benjamin confidence that the country can reach a million a day, if not more.

Two more vaccines — from Johnson & Johnson and AstraZeneca — “are right around the corner,” Offit said. These will “dramatically increase” the options and the amount of vaccines available, according to Benjamin.

Offit is also hopeful about the incoming Biden administration, noting that President-elect Joe Biden’s team “isn’t into this cult of denialism” that surrounded the Trump administration’s coronavirus response, and would “take this problem head on.”

Benjamin believes the Biden team will make more use of the Defense Production Act to ensure that there is a steady, reliable supply of vaccine. He’s also looking forward to a better coordinated, all-of-government response.

Dr. Amesh Adalja, a senior scholar at the Johns Hopkins Center for Health security and an infectious disease physician, praised the Biden administration’s plans to increase the availability of at-home testing, rejoin the World Health Organization and restore pandemic staff at the National Security Council.

He is also hopeful that the Centers for Disease Control and Prevention will function independently under the Biden administration. “The fact that we’ve been unable to really get a handle on this pandemic has been because the CDC has not been able to act the way they usually do during infectious diseases emergencies,” Adalja said.

“The weather will get warmer, when the weather gets warmer, that makes it much more difficult for this virus,” Offit said. When it is hot and humid, the virus, which is spread by small droplets, should spread less easily, he said.

Benjamin also pointed out people can spend more time outdoors when the weather warms up across the US. People can stay further apart when they are outside and are not sharing the same air — so the virus has less opportunity to pass from one person to another.

“The virus will find it harder to move around between person to person, especially when people are doing activities outdoors in the summer,” Adalja said.

“We didn’t really see the seasonality this summer because there were so many people who were not immune to the virus,” he added. “Even in the weather conditions of the summer, (the virus) still found it pretty easy to find new people to infect.”

Another reason for optimism is that huge number of Americans who likely have been infected and now have some immunity to the virus, Offit said.

While 23 million have been diagnosed and reported, that number is an underestimate. Many people have had asymptomatic or mildly symptomatic infection and were never tested. The numbers of people who have been infected are probably closer to 65 or 70 million, Offit said.

“That’s 20% of the population who, when they’re re-exposed to this virus, are not going to become sick with it,” he said. It’s not clear how long immunity after infection lasts, but studies indicate it’s at least eight or nine months and perhaps longer.

If another 55 to 60% of the population can be vaccinated — something that Offit said can be done at a million to a million and a half doses a day — “then I really do think that by June we can stop the spread of this virus.”

“History has told us that these things go away. And you have to do something to make them go away,” Benjamin said. “Even in 1918, 1919, people got infected and tragically the world had to go through that. We achieved some kind of equilibrium, got to herd immunity and it ended.”

“I think that there’s tremendous potential that this pandemic will end in 2021, before the end of the year for sure, maybe even before autumn,” said Dr. Aaron Glatt, spokesman for the Infectious Diseases Society of America and chairman of the department of medicine at Mount Sinai South Nassau.

Dr. Sunny Jha, an anesthesiologist at the University of Southern California’s Keck School of Medicine, is also cautious.

“But if you’re asking me today if I feel like we’re on track for summer, based on what I’m seeing now, I don’t think we’ll be there.”

“I’m cautiously optimistic, I guess,” he said. “I think we have the right mindset. I think if we eliminate the hesitancy we’ll be in better shape.’

Here's Why We Can Have Some Hope About the COVID Pandemic