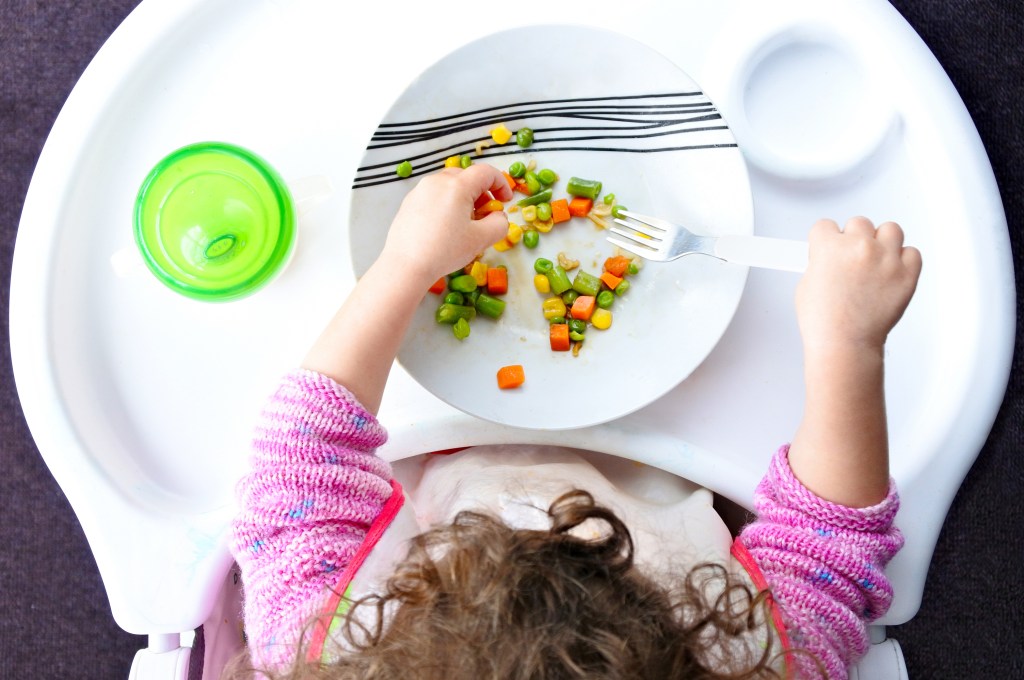 New US Dietary Guidelines Include Babies and Toddlers For First Time

The United States Department of Agriculture and the Department of Health and Human Services issued new dietary guidelines, which include recommendations for babies and toddlers for the first time.

Used by health care professionals and policy makers, the guidelines dictate much of what Americans of all ages will eat over the next five years and provide a foundation for federal nutrition programs.

“The science tells us that good nutrition leads to better health outcomes, and the new dietary guidelines use the best available evidence to give Americans the information they need to make healthy decisions for themselves and their families,” said HHS Secretary Alex Azar, in a statement.

“USDA and HHS have expanded this edition of the dietary guidelines to provide new guidance for infants, toddlers, and pregnant and breastfeeding women, helping all Americans to improve their health, no matter their age or life stage.”

The guidelines, which build on previous editions of the dietary recommendations, draw from the Dietary Guidelines Advisory Committee’s scientific report, which was released in July. However, the suggestions in the science-based report can be vetoed when the actual final recommendations take shape and are published.

However, the newly released guidelines “did not include changes to quantitative recommendations as there was not a preponderance of evidence in the material the committee reviewed to support specific changes, as required by law,” according to the dietary guidelines website. “As in previous editions, limited intake of these two food components is encouraged.”

“The decision made by the federal government to maintain current dietary guidelines around alcohol intake reflects the current science and should be applauded,” according to a statement released by the American Beverage Association.

“The USDA and HHS rightly rejected suggestions from the advisory committee to limit alcohol intake for men, which was not supported by the evidence,” according to the industry trade group’s statement. “New developments regarding human health should never be dismissed, but the debate should be driven by sound science, not an agenda.”

The American Institute for Cancer Research was pleased to see “recommendations for a dietary pattern rich in fruits, vegetables and whole grains, and low in sugar-sweetened foods and drinks,” said Dr. Nigel Brockton, AICR’s vice president of research, in a statement.

But “retaining this flawed advice implies that two drinks per day are safe for men; that advice is contrary to the convincing evidence that intake of even less than one drink per day elevates the risk for several cancer types, including head and neck, esophageal and breast cancers,” he said.

The committee had also recommended that no amount of added sugar is OK for a baby’s development.

Parents and guardians should avoid added sugar in a child’s diet, the committee recommended, because of the strong link to childhood obesity and future chronic health conditions.

Instead the recommended amount of added sugar remained at 10% of daily calories in the guidelines, although the guidelines did add a recommendation for children under 2 years of age to consume no added sugars whatsoever.

The new guidelines suggest that starting at the age of 2, a child should consume less than 10% of calories per day of added sugars while those younger than 2 years old should avoid foods or beverages with added sugars.

Yet prior research has found that on average, infants consume a teaspoon of added sugar a day while toddlers consume about 6 teaspoons a day.

Added sugars are used in processed foods and beverages to sweeten, and differ from the natural sugars that are part of a piece of fruit or glass of milk. However, while 100% fruit juice may appear to offer the same nutritional benefit as whole fruit, in reality it does not, according to the American Academy of Pediatrics.

“Nearly 70 percent of added sugars intake comes from five food categories: sweetened beverages, desserts and sweet snacks, coffee and tea (with their additions), candy and sugars, and breakfast cereals and bars,” according to the committee.

The broadest guideline is to “follow a healthy dietary pattern at every life stage.”

Breast milk contains healthy micronutrients important to a baby’s development that can, for the most part, be influenced by a woman’s diet and supplement use.

This first guideline also suggests introducing “nutrient-dense” foods to infants at 6 months of life, along with “potentially allergenic foods.”

“As focused on the Birth-24 months, generally we’re pleased with the recommendations and the key messaging of making ‘every bite count,'” said pediatrician Dr. Steven Abrams, who chairs the American Academy of Pediatrics committee on nutrition, via email.

“Recommendations align well with AAP policy supporting exclusive breastfeeding for about 6 months with introduction of peanut-containing foods at 4 to 6 months in infants at high risk of peanut allergy.”

“FARE is thrilled to see the inclusion of more comprehensive dietary guidance around the early introduction of egg and peanut for infants and toddlers,” said Lisa Gable, CEO of nonprofit organization Food Allergy Research & Education, in a statement.

And for those 12 months through older adulthood, follow a healthy dietary pattern across the life span to meet nutrient needs.

The guidance states that a “healthy dietary pattern” consists of nutrient-dense forms of foods and beverages across all food groups, in recommended amounts, and within calorie limits. These foods consist of protein, oils, dairy, vegetables, grains and fruits.

And lastly, the final guideline is to “limit foods and beverages higher in added sugars, saturated fat, and sodium, and limit alcoholic beverages, at every life stage.”

A child should consume less than 10% of calories per day of saturated fat at the age of 2. Sodium consumption should be less than 2,300 milligrams per day, and even less for kids under 14 years old.

“Strategies to lower sodium intake include cooking at home more often; using the Nutrition Facts label to choose products with less sodium, reduced sodium, or no-salt-added, etc.; and flavoring foods with herbs and spices instead of salt based on personal and cultural foodways,” according to the new guidelines.

The limits on sodium, however, have not shifted from the 2015 report.

The American Institute for Cancer Research also suggested that the recommendations don’t fully represent research about the health benefits of reducing the intake of processed meats and added sugars beyond the 10% of calories recommended by the new guidelines.

The guidelines don’t touch on the topic of red meat — a major supplier of saturated fat in the American diet and a huge player in the argument over food sustainability and environmental impact. And the new guidance doesn’t say much about processed foods.

Instead, the guidelines suggest replacing processed or high-fat meats, like hot dogs, sausages and bacon, with seafood or beans, peas and lentils to meet protein recommendations. They also suggest that the majority of meat and poultry a person consumes should be fresh, frozen or canned, and in lean forms, like chicken breast or ground turkey, rather than processed meats like ham or other deli meat.

Overall, the guidelines feel old-fashioned and very similar to those released in 2015, said nutrition researcher Marion Nestle, who has authored numerous books on food politics and marketing, including 2015’s “Soda Politics: Taking on Big Soda (and Winning).”

“They’ve also hidden or diminished the importance of the main food sources of sugar, saturated fat and salt,” said Nestle, who is the Paulette Goddard professor emerita of nutrition, food studies and public health at New York University.

And apparently the main food to avoid if you want to limit your salt and saturated fat intake? Sandwiches.

“‘Ultraprocessed’ is the new way of talking about foods that should not be consumed regularly or in large amounts — tons of evidence has come in within the last five years,” Nestle said.

But the word doesn’t appear in the guidelines.

Those issues aren’t addressed, critics say, because the independence of the 2020 Dietary Guidelines Advisory Committee was removed by the federal government.

“For the first time in the 40-year history of the Dietary Guidelines, the agencies — USDA and HHS — set the scientific agenda, not the committee,” Nestle said.

The agencies appointed the committee, but largely ignored their stricter recommendations, she said.

Going forward, Nestle believes that we don’t need another repetitive and conservative set of guidelines like the ones released Tuesday. “We need to look at what the world looks like in 2021 and make changes based on that.”

Scott Gottlieb, former FDA commissioner from 2017 to 2019, tweeted, “These guidelines are intended as a public health tool. As such, we need to restructure how they’re decided upon; and put public health agencies like FDA, ASH (the American Society of Hematology) in charge. While USDA could have a role, decisions should be made fully in a public health context.”

New US Dietary Guidelines Include Babies and Toddlers For First Time