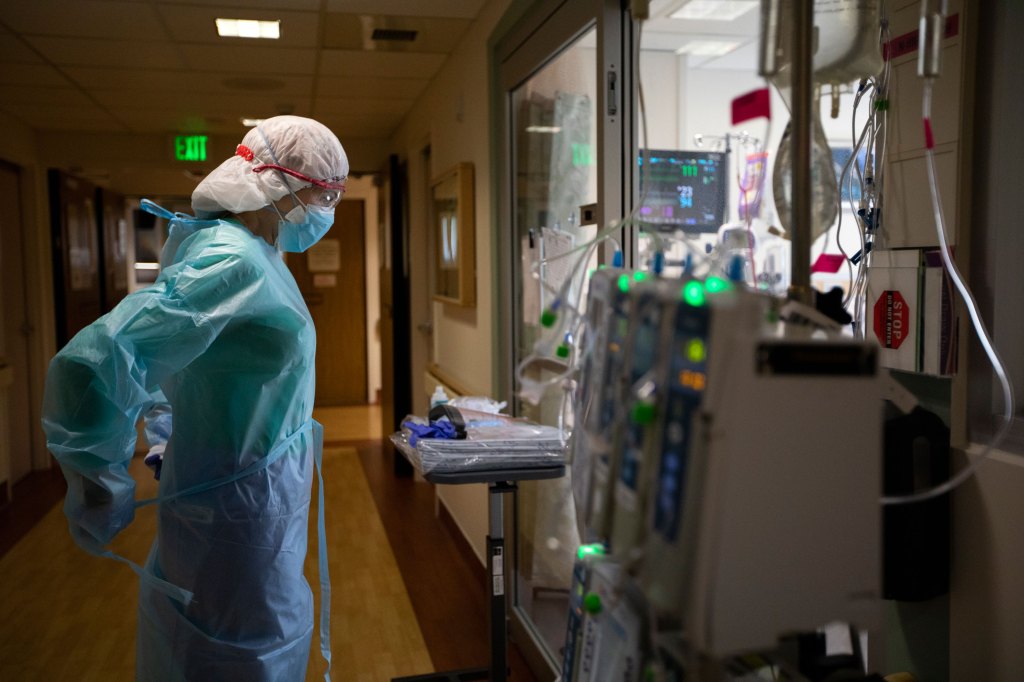 A Colorado man has the variant of the coronavirus from the United Kingdom that health officials say is more transmissable than other strains of the virus, Gov. Jared Polis announced Tuesday.

It is the first known case of the UK coronavirus variant in United States.

The man, who is in his 20s and in isolation in Elbert County, has no travel history, Polis’ office said in a news release.

“We will closely monitor this case,” Polis said, “as well as all COVID-19 indicators, very closely.”

“An unknown travel history mean that this person picked it up the community,” Dr. Atul Gawande, a member of the Biden-Harris transition Covid advisory board and a surgeon at Brigham and Women’s Hospital, told CNN.

Health authorities from around the world have said the variant does not appear to be more deadly than previously identified Covid-19 strains.

“We know it is a more contagious variant and that’s a serious concern if it is only just now beginning to spread, given that our hospitals and ICUs, in particular, are already being filled,” Gawande said.

“If this mutation, this mutated virus, which is more contagious, is not widespread yet and beginning to spread, that means it will be even more important to follow the approaches we know work,” he said.

Many countries have banned flights from the United Kingdom. The US Centers for Disease Control and Prevention recently announced passengers from London to the United States will need a negative coronavirus test from the previous 72 hours.

The variant has been around since September, and US health officials have said in recent days as it became prevalent in the United Kingdom that it is probably already in the United States.

The United States will likely see “homegrown variants” of the virus, similar to the UK variant, said Dr. Peter Hotez, dean of the National School of Tropical Medicine at Baylor College of Medicine.

Hotez said that if the United States starts performing more virus genomic surveillance, it will likely identify additional strains of the virus in the US.

Public Health England said initial analysis showed that while the variant appears to be more transmissible, there is no evidence it is linked to a higher risk of hospital admission or death.

The number of patients hospitalized across the US with Covid-19 is the highest it’s ever been — and at this rate health experts warn some hospitals may have to ration nurses, respirators and care.

And in Los Angeles County, where a crush of cases have filled hospitals’ intensive care units for days, at least five hospitals have already turned patients away because of oxygen supply issues, officials say.

“The surges and the impact on our ICUs across the country is absolutely devastating. … This is the nightmare scenario we worked so hard to prevent,” Hotez, an infectious disease specialist, told CNN on Tuesday about the hospital situation nationwide.

The United States reported 124,686 coronavirus patients in hospitals Tuesday, the most reported on a given day during the pandemic, according to the Covid Tracking Project. The country’s proportion of ICU patients who have coronavirus also has shot up, from 16% in September to 40% last week, according to the US Department of Health and Human Services.

December already has been the country’s deadliest month of the pandemic. And with travel increasing over the holidays, health experts anticipate the spread of the virus will increase and send hospitalizations surging further.

Though there were multiple issues, the problem generally wasn’t an absolute shortage of oxygen, she said. One issue was that aging infrastructure pumping the oxygen to patient rooms couldn’t keep up with the high number of patients needing it.

She didn’t immediately identify the hospitals with those issues. Other capacity issues, meanwhile, are plaguing county medical facilities.

“If we continue to see an increase in the number of Covid patients, we may be forced to do something that, as health professionals, we all really just loathe having to even think about,” Batchlor told CNN’s Brooke Baldwin.

Martin Luther King Jr. Community Hospital will not turn patients away, Batchlor said, but staff may have to employ techniques that have been used in war.

“We use what in the battlefield is called triage techniques, which is doing an assessment of each person’s needs and prognosis and using scarce resources with patients that are most likely to benefit from them,” she said.

Already, resources are being used in unconventional ways to accommodate the surge.

“Our staff has been incredibly adept and flexible in accommodating increasing numbers of patients, so as you heard, we have five tents outside of the hospital,” Batchlor said. “We have patients in our conference room, in our chapel.”

Many gurneys are taken into the gift shop, she said.

While Batchlor didn’t specify how many new patients have Covid-19, the increase in their numbers is putting stress on all care.

At Huntington Memorial Hospital in Pasadena, California, nurses who usually care for one or two patients are now caring for three or four, infectious disease specialist Dr. Kimberly Shriner told CNN on Sunday.

Ghaly, the county health services director, said some hospitals are attending to patients who are still in ambulances.

“Those patients are being cared for and treated in the ambulance as if it’s part of the emergency room bay,” Ghaly said.

Fauci: January could be worse than December

January’s coronavirus numbers could be worse than December’s because travel surged for the holidays, Dr. Anthony Fauci said Tuesday.

He wishes so many hadn’t traveled — but those who did can still decide to limit potential spread by restricting who they congregate with, he said.

“For those who have already done the travel, the thing to do now is to try to not congregate with large numbers of people in social settings like dinners,” Fauci, director of the National Institute of Allergy and Infectious Diseases, told CNN’s Jim Sciutto on Tuesday.

“Once you get to large numbers of people at a dinner inside, poor air ventilation and circulation, that’s when you get in trouble,” he said. “That’s what we’re concerned about — that in addition to the (current) surge, we’re going to have an increase superimposed upon that surge, which could make January even worse than December.”

Air travel has been busy by pandemic standards. Sunday was the busiest day of the pandemic at US airports, when the Transportation Security Administration screened more than 1.28 million people, the TSA said.

And more than 1 million people were screened on seven of the past 11 days — the heaviest 11-day stretch since the pandemic started, the TSA said.

Though average numbers of new daily Covid-19 infections and deaths in the US have ticked down in recent days, they are not far removed from all-time highs.

The US averaged 2,210 new Covid-19 deaths daily across the last week as of Monday, six days after hitting the peak average of 2,715 a day.

If cases themselves jump with holiday travel, hospitalizations and deaths could soar even further, experts say.