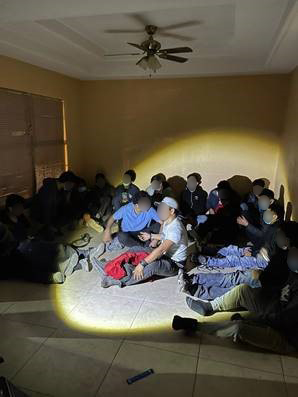 On Christmas Day, the Roma Police Department requested assistance from the Rio Grande City station at an apartment complex in Roma, Texas, after they encountered illegal aliens in the residence. Agents apprehended 39 individuals within the apartment complex.

Border Patrol took custody of all subjects and processed them accordingly.

The public is encouraged to take a stand against crime in their communities and report suspicious activity at 800-863-9382.

Even with the spread of the COVID-19 virus, human smugglers continue to try these brazen attempts with zero regard for the lives they endanger nor to the health of the citizens of our great nation.  The U.S. Border Patrol agents of the Rio Grande Valley Sector will continue to safeguard the nation and community against these criminal elements.