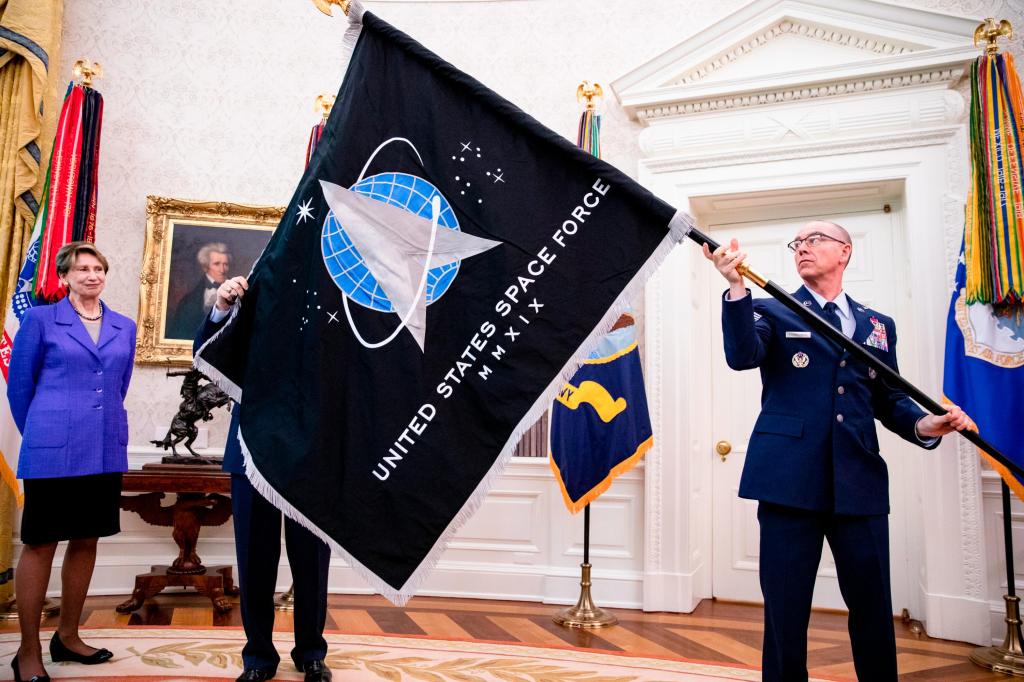 Pence Announces That Space Force Personnel Will Be Called Guardians

The move marks another foundational element of the Space Force, as it was designated last December, making it the newest military service and the first new service since the US Air Force came into being in 1947. The Space Force was partly established to address concerns about threats to US satellites, which are critical to military operations and commercial business.

The Space Force tweeted Friday that the name announcement came “after a yearlong process that produced hundreds of submissions and research involving space professionals and members of the general public.”

“Guardians is a name with a long history in space operations, tracing back to the original command motto of Air Force Space Command in 1983, ‘Guardians of the High Frontier,'” the service continued, adding that “the name Guardians connects our proud heritage and culture to the important mission we execute 24/7, protecting the people and interest of the U.S. and its allies.”

Pence opened his remarks on Friday by bringing greetings from President Donald Trump, calling him the “founder of the United States Space Force” who has “been an enthusiast” of the service since he conceived of the idea.

Trump had no other events on his schedule that conflicted with this event taking place on White House grounds, so it’s not clear why he didn’t attend, though the public schedule doesn’t include all of the President’s activities. The White House did not respond to CNN’s inquiry as to why Trump didn’t participate in the event.

The vice president said the Space Force has grown stronger by the day since it was founded, and praised Chief of Space Operations Gen. Jay Raymond for his work leading the service. Pence also noted that Col. Mike Hopkins, currently aboard the International Space Station, transferred from the Air Force to the Space Force earlier on Friday.

The term “guardians” isn’t the only Space Force reveal that the vice president has made in recent days. Pence also announced earlier this month that Florida’s Cape Canaveral Air Force Station and Patrick Air Force Base will be renamed Space Force stations.

“Today we make history, with the first two installations in the history of the United States Space force to bear the name of this new branch of the service,” Pence said at Cape Canaveral at the time.

The two bases will now be referred to as Cape Canaveral Space Force Station and Patrick Space Force Base.

Pence Announces That Space Force Personnel Will Be Called Guardians