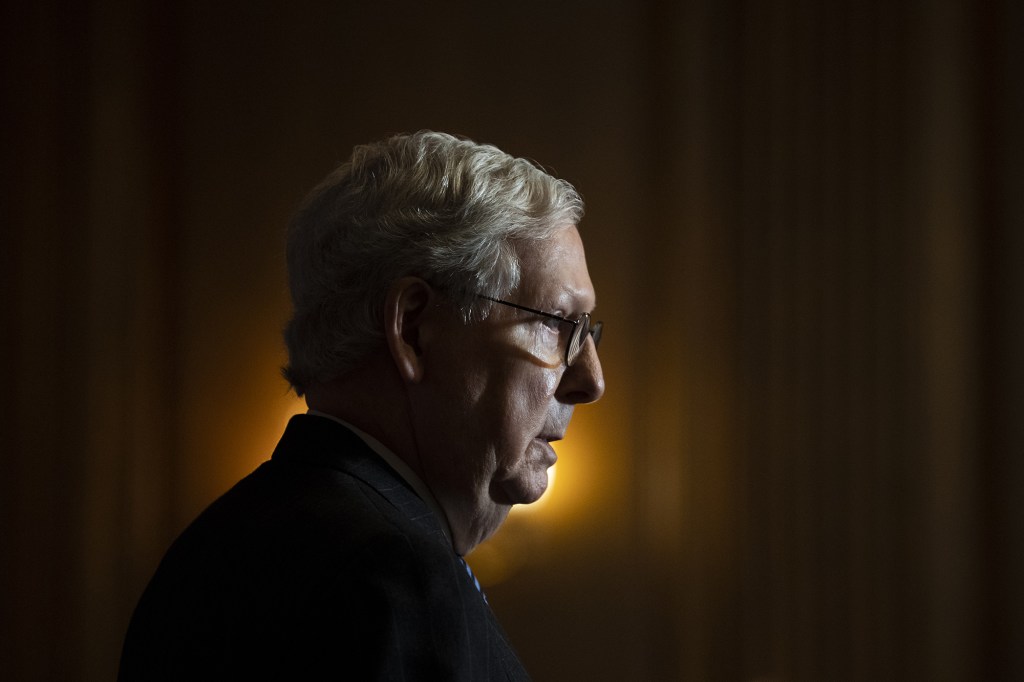 House Speaker Nancy Pelosi and Senate Majority Leader Mitch McConnell announced separately Thursday that they will both be receiving the coronavirus vaccine within days.

“With confidence in the vaccine and at the direction of the Attending Physician, I plan to receive the vaccine in the next few days,” Pelosi said in a statement.

McConnell, meanwhile, said in his statement that because of government continuity requirements, “I have been informed by the Office of the Attending Physician that I am eligible for a COVID-19 vaccine, which I will accept in the coming days.”

CNN has reached out to the offices of other congressional leadership — Senate Minority Leader Chuck Schumer and House Minority Leader Kevin McCarthy — about whether they too will be vaccinated.

All members of Congress will be eligible to receive the Covid-19 vaccine, according to a memo from the Capitol attending physician Brian Monahan and a news release from Pelosi.

“I have been notified by the National Security Council that consistent with Presidential Policy Directive 40 (2016), Congress and the Supreme Court, along with Executive Branch agencies, will be provided with a specific number of COVID19 vaccine doses to meet long-standing requirements for continuity of government operations. Those requirements are focused on essential operations and personnel,” Monahan wrote.

The physician’s memo to all members and staff asks members of Congress to call for an appointment and also says: “Once we have completed the vaccination of the Members, we will follow a process to identify the continuity-essential staff members in the various divisions of the Capitol community in the coming weeks. The appointing process will then continue until the small vaccine supply is exhausted. A second dose scheduling process will then begin later.”

“My recommendation to you is absolutely unequivocal: there is no reason why you should defer receiving this vaccine. The benefit far exceeds any small risk,” Monahan wrote.

McConnell said he was “disappointed to see early public sentiment that shows some hesitation towards receiving a vaccine.”

“The only way to beat this pandemic is for us to follow the advice of our nation’s health care professionals: get vaccinated and continue to follow (US Centers for Disease Control and Prevention) guidelines,” he continued, adding, “I truly hope all Kentuckians and Americans will heed this advice and accept this safe and effective vaccine.”

McConnell and Pelosi aren’t the only senior politicians with a scheduled vaccination coming up. Vice President Mike Pence will receive his Friday morning, his office has announced. He and second lady Karen Pence will be inoculated on camera at the White House, along with US Surgeon General Jerome Adams.

President Donald Trump won’t be administered a coronavirus vaccine until it’s recommended by the White House medical team, a White House official told CNN on Wednesday. The official said Trump is still receiving the benefits of the monoclonal antibody cocktail he was given during his recovery from Covid-19 earlier in the fall. Once Trump moves into a timing window to receive vaccination, he is likely to get his shot at that point, the official added.

The incoming administration is also planning on getting vaccinated when possible. President-elect Joe Biden is expected to get his first Covid-19 vaccination early next week, CNN has learned, and plans to get his shot in public. Biden told CNN’s Jake Tapper during an interview earlier this month that he would “be happy to” get publicly vaccinated, as three of his presidential predecessors — Bill Clinton, George W. Bush and Barack Obama — said they would as a way to demonstrate its safety and efficacy.

Vice President-elect Kamala Harris will also receive the vaccine in a public setting, transition officials told CNN on Wednesday, though the timing and logistical details remain up in the air.

The first doses of coronavirus vaccines were administered to the American public on Monday, after the US Food and Drug Administration authorized the groundbreaking vaccine late last week. The initial batch is being focused on health care workers and residents of long-term care facilities, per CDC recommendations, but some government officials are also slated to be inoculated in the early rounds of the vaccine.

Some have already been inoculated: Acting Secretary of Defense Christopher Miller received his vaccine Monday afternoon at Walter Reed National Military Medical Center. The Navy’s top admiral, Chief of Naval Operations Mike Gilday, encouraged sailors on Tuesday to get the vaccine, adding that he plans to receive it “shortly.”

Dr. Anthony Fauci, the director of the National Institute of Allergy and Infectious Diseases, said he would recommend that both Trump and Pence receive the Covid-19 vaccine.

“Even though the President himself was infected and he has likely antibodies that likely would be protective, we’re not sure how long that protection lasts,” Fauci said Tuesday on ABC’s “Good Morning America.”

Fauci also said he feels strongly that Biden and Harris should be vaccinated “as soon as we possibly can.”

This story has been updated with a letter from Capitol Attending Physician Brian Monahan and House Speaker Nancy Pelosi’s statement.