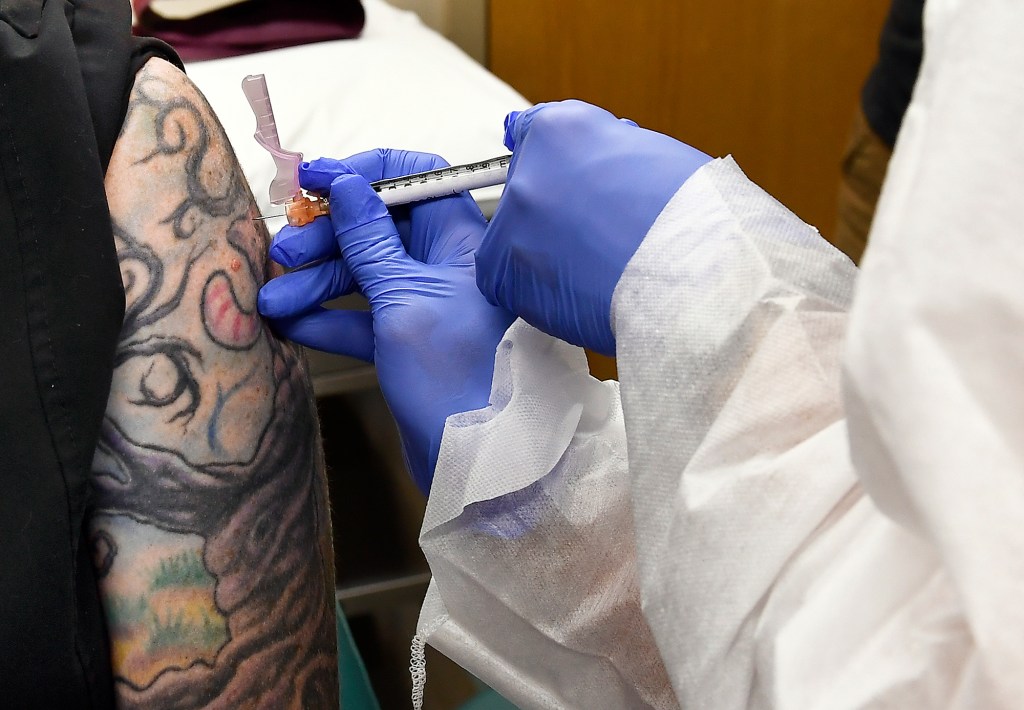 Vaccine advisers to the US Food and Drug Administration voted easily and quickly to recommend that the agency give emergency use authorization to Moderna’s coronavirus vaccine.

Just hours later, top FDA officials said they planned to move ahead quickly with the EUA.

“Following today’s positive advisory committee meeting outcome regarding the Moderna COVID-19 vaccine, the U.S. Food and Drug Administration has informed the sponsor that it will rapidly work toward finalization and issuance of an emergency use authorization,” FDA Commissioner Dr. Stephen Hahn and Dr. Peter Marks, director of the FDA’s Center for Biologics Evaluation and Research, said in a statement.

“The agency has also notified the U.S. Centers for Disease Control and Prevention and Operation Warp Speed, so they can execute their plans for timely vaccine distribution.”

The Vaccines and Related Biological Products Advisory Committee (VRBPAC) voted 20-0 with one abstention to recommend EUA for the Moderna vaccine, which is very similar in design, composition, safety and efficacy to Pfizer/BioNTech’s vaccine. That was the only question facing the committee — whether to recommend EUA.

“There’s no doubt in my mind that the data — it looks like the benefits outweigh the risks, from what I’ve seen,” committee member Dr. Steven Pergam, of the University of Washington and Fred Hutchinson Cancer Research Center, said before the vote.

That did not, however, stop the collection of academics, physicians, public health specialists and others from getting into a lengthy discussion about whether Moderna should offer the vaccine to people who got saline shots — something that might have the effect of reducing long-term data on how well and safely the vaccine protects people from infection.

“Academics have a way of getting involved in details, and what we have done for the last eight or nine hours was to go over the details,” Dr. Arnold Monto, an infectious disease specialist and professor of epidemiology at the University of Michigan, who chairs the panel, said after the vote.

He noted the vote this time was more one-sided than last week’s vote to recommend Pfizer/BioNTech’s vaccine, which came down 17 for, 4 against, with one abstention.

“And some people took the issues last week — especially those involving the different age groups, the 16- and 17-year-olds — to drive the decision that they made, which clearly was made based on that issue and not on the overwhelming evidence for risk being less than benefit — clear benefit — for these vaccines.”

The Moderna vaccine uses technology that is very similar to Pfizer/BioNTech’s: messenger RNA, or mRNA. The genetic material prompts the body to produce compounds that look like the outside of the coronavirus, and in turn, that causes an immune response that protects against infection.

Each vaccine is about 95% effective in preventing symptomatic illness, with few side effects.

When the vote started, one committee member noted they had been offered a visual slide that carried the wording from last weeks’s vote on the vaccine made by Pfizer and its partner BioNTech — one that is already being distributed under the FDA’s EUA. Monto, clearly amused, got the slide changed and the vote went forward with the proper language regarding Moderna’s vaccine.

Only one adviser abstained, and said he did so because he wanted a more limited recommendation.

Dr. Michael Kurilla, who is director of the Division of Clinical Innovation at the National Center for Advancing Translational Sciences, abstained from Thursday’s vote recommending EUA.

“I abstained because I’m very uncomfortable with the language. I think in the midst of a pandemic, and with limited vaccine supply available, that blanket statements for individuals 18 years of age and older is just too broad,” Kurilla said after the vote, which came down 20-0 with just his abstention.

“I’m not convinced that for all of those age groups, the benefits do actually outweigh the risks, and I would prefer to see it more targeted towards people at high risk of serious and life-threatening Covid disease,” added Kurilla, whose institute is part of the National Institutes of Health. The committee was not given that option.

“I would have preferred to have seen, rather than an emergency use authorization route — an expanded access program. I think it would have given us a lot more opportunities to continue to collect the data,” he added.

Dr. Oveta Fuller, associate professor of microbiology at the University of Michigan Medical School, who had voted against the Pfizer/BioNTech EUA, agreed with Kurilla but voted to recommend Moderna’s shot.

“I did not think an EUA was the way to go, but since the train has left the station, I appreciate that Moderna has given us a very transparent and thorough study that even from the beginning seemed to be very well organized,” Fuller said.

“What a remarkable scientific achievement this is,” Hildreth said. “To go from having a sequence of a virus in January, to having two vaccines available in December — it’s a remarkable achievement.”

Moderna says it will continue to gather safety data on the vaccine.

“We look forward to getting our vaccine to people in the U.S. to help address this ongoing public health emergency,” Stéphane Bancel, Chief Executive Officer of Moderna, said in a statement.