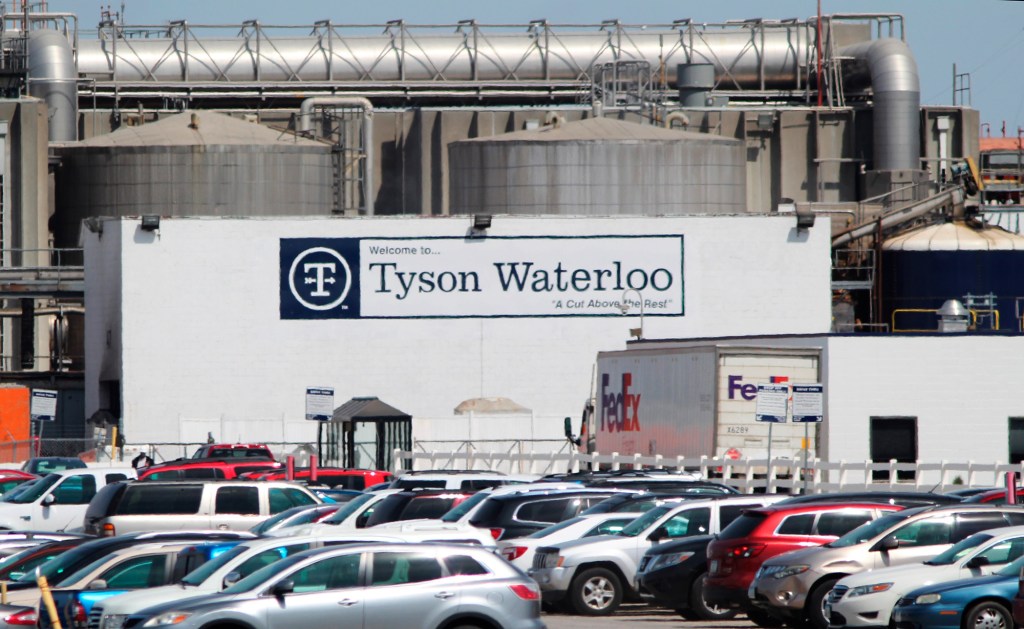 Tyson has fired seven management employees at its biggest pork processing plant in Waterloo, Iowa as a result of an independent investigation into allegations that some bet on how many workers would get infected with Covid-19.

In November, a wrongful death lawsuit filed this summer was amended to include new allegations about the behaviors of leaders within the Waterloo facility. The amended suit alleged that Tyson supervisors and managers at the facility took bets on how many workers would get sick, even as they took measures to protect themselves and denied knowledge of the spread of the illness at work.

The lawsuit also alleged that plant managers encouraged workers to stay on the job even if they were feeling sick or exhibiting symptoms.

The company suspended the people who were allegedly involved without pay and tapped former Attorney General Eric Holder along with his law firm Covington & Burling LLP to lead an independent investigation into the case.

“The behaviors exhibited by these individuals do not represent the Tyson core values, which is why we took immediate and appropriate action to get to the truth,” said Tyson Foods CEO and President Dean Banks in a statement Wednesday. Banks, along with the company and other individuals, was named as a defendant in the suit.

The complaint also alleged broader problems in Tyson’s handling of Covid-19, alleging that the company did not take sufficient measures to protect workers and encouraged them to come in while they were sick.

More than a third of workers at the plant tested positive for Covid-19 by early May.

Tyson said on Wednesday in response to the suit that it is “saddened by the loss of any Tyson team member,” adding that it has put in place protective measures at its facilities to help protect workers.

The Covington firm, as well as lawyers for the defendants and the plaintiff, did not immediately respond to requests for comment.

The wrongful death suit was filed by Oscar Fernandez, whose father, Isidro Fernandez, worked at the Waterloo facility and died in April due to complications from Covid-19.

Meatpacking facilities, where workers often work in close quarters, emerged as virus hotspots early in the pandemic. Tyson temporarily idled the Waterloo facility in late April after a growing number of its 2,800 workers called out sick. At the time, the Black Hawk County health department linked the Tyson plant to 182 of the county’s Covid-19 cases, which then amounted to 374 altogether.

Tyson said it decided to pause production at Waterloo after receiving data from the health department. It reopened the plant in May, saying that it had re-sanitized the entire facility and installed “enhanced safety precautions and protective social distancing measures.” By that time, over 1,000 Waterloo workers had tested positive for Covid-19, according to the county health department.

Tyson said Wednesday that Banks went to Waterloo last month following the allegations, and met with employees and community leaders on Wednesday.