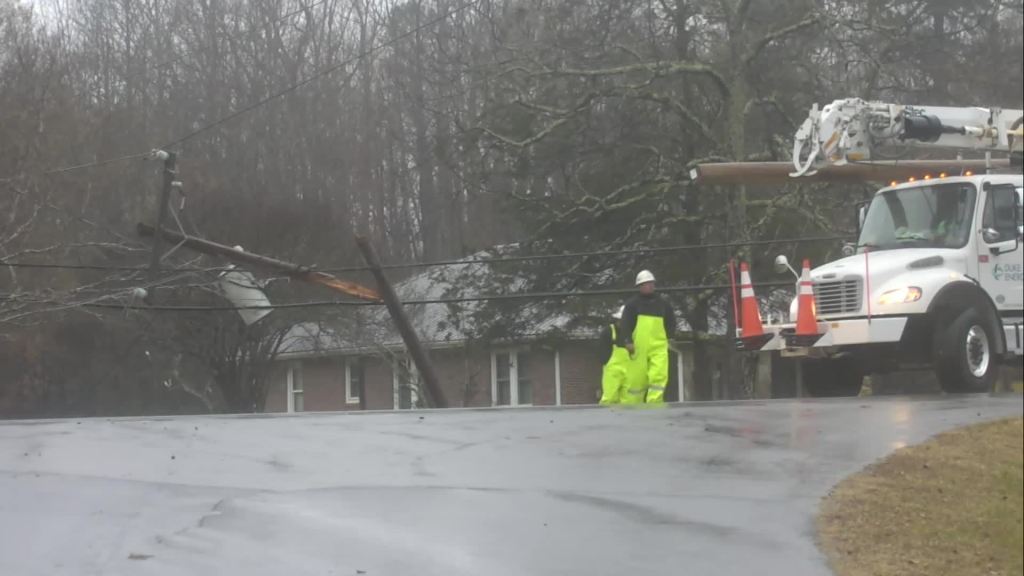 Snow is Falling in The Northeast. Here’s Where The Heaviest Totals Could Collect

Snow was piling up by as much as 2 inches an hour in some parts of the Northeast on Wednesday evening as a major storm rolls through after coating portions of the Carolinas and Virginia with freezing rain.

With possibly 14 inches, New York City may be in for the most snow it’s seen from a storm in more than four years.

More than 60 million people were under a winter storm warning or advisory from northern Georgia to Maine, covering Wednesday and Thursday.

Snow was collecting from Ohio into northern Virginia, but the largest snowfall was hitting the mid-Atlantic and Northeast from late morning into the afternoon and evening:

• Washington, DC: Expect under 2 inches of snow, probably starting after 2 a.m. Thursday after rain, freezing rain and sleet on Wednesday.

• New York City: Approximately 14 inches of snow is expected by Thursday evening, and parts of Connecticut and southern New York may see up to 16 inches. A foot or more would be the city’s most snow from one storm since it was walloped with more than 2 feet in late January 2016. Central Park had about 2.6 inches by Wednesday evening.

• Boston: 9-13 inches, and possibly higher, could fall in the city — and up to 18 inches west of town — from Wednesday night into Thursday. The city imposed an emergency, with a parking ban in effect on vital roadways.

And the heaviest snow could come in parts of central Pennsylvania and northern New Jersey, where up to 2 feet could collect. Bellefonte, Pennsylvania, had a foot of snow by late Wednesday.

“This will likely lead to very dangerous, if not impossible travel conditions and isolated power outages,” the National Weather Service said of the storm.

By Wednesday evening, the storm was wreaking havoc on roads, while some public transportation systems shut down and flights were canceled.

Two people were killed and several injured in a crash involving as many as 60 cars and trucks on Interstate 80 in Clinton County, Pennsylvania, state police said.

More than 1,300 US flights were canceled for Wednesday and Thursday, and in the New York City metro area, some public transportation came to a halt, including the Port Authority Bus Terminal.

NJ Transit announced the suspension of some bus and rail services.

Snow isn’t the only danger in the East — a quarter inch of ice could accumulate in parts of North Carolina, West Virginia, Virginia and Maryland, CNN meteorologist Chad Myers said.

Impacts in some areas could be extreme: along with travel disruptions, there could be widespread power outages and damage to homes from falling trees all possible across the mid-Atlantic, southeastern New York state, and southern New England.

Strong winds — perhaps with gusts of 40-60 mph — could lead to near-blizzard conditions and knock down power lines in Northeastern coastal areas, Myers said. And heavy rainfall could cause flooding in parts of the mid-Atlantic, the weather service said.

By Thursday morning, the storm will be tracking into the Atlantic, while some snowfall may linger in parts of New England.

‘Be ready for a disruptive storm’

New Jersey Gov. Phil Murphy declared a state of emergency beginning Wednesday afternoon, saying every county in the state is under a watch or warning.

“Models predict that the first significant winter storm in nearly a year will hit Pennsylvania tomorrow,” the governor said in a statement.

“The commonwealth’s emergency preparedness teams have spent a great deal of time and energy over the last several months supporting efforts to mitigate the Covid-19 pandemic and help the commonwealth weather this public health emergency and ensure vaccines are delivered as planned.”

“This proclamation makes it easier for all of those involved in vaccine delivery and keeping people safe to do their jobs,” he added.”

“You need to be ready for a disruptive storm,” he said during a news conference Tuesday. “I want people to right now be thinking about the precautions you’re going to take, the ways you’re going to change your routine. Take this seriously.”

The city announced that all ferry routes were suspended at 6 p.m. Wednesday, and an early shutdown of rail service in and out of Connecticut and other parts of New York would be enacted.

“With heavy and steady snowfall expected starting on Wednesday evening, the Department of Transportation is activated and prepared to clear and treat our roadways,” Connecticut Transportation Commissioner Joseph Giulietti said in a statement.

“Driving conditions will be treacherous at best and downright dangerous at worst. The best thing the public can do is sit this one out and let our crews do their jobs,” Giulietti added.

Snow is Falling in The Northeast. Here's Where The Heaviest Totals Could Collect