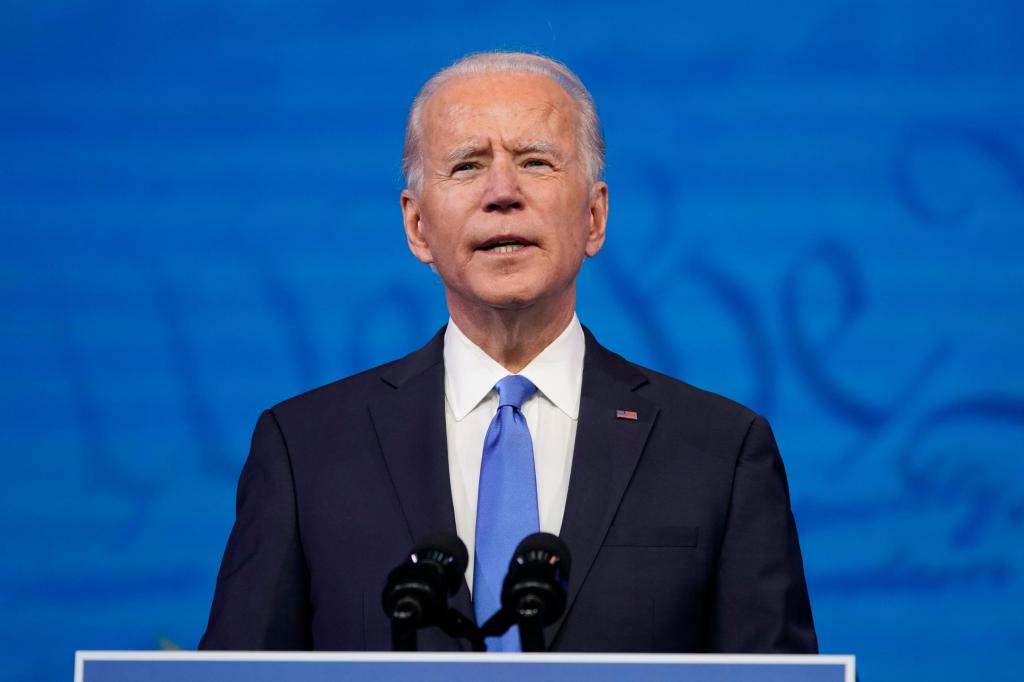 Biden’s Search For an Attorney General Complicated By ‘Competing Questions’

The deliberations among President-elect Joe Biden’s tight circle of advisers about whom he should nominate as attorney general have emerged as some of the more complicated of the transition, sources familiar with the process tell CNN, with possible investigations into President Donald Trump, a federal probe into Hunter Biden’s business dealings and pressure from powerful outside groups hanging over the process.

The discussions inside the transition team are down to a series of front-runners, people familiar with the search tell CNN, with Judge Merrick Garland and Alabama’s Sen. Doug Jones seen as the two most likely choices. A final decision is not expected until next week.

In Garland, Biden’s team sees someone who is unimpeachable and politically independent at a time when rebuilding trust in the Department of Justice will be critical and a number of thorny political issues could cross the attorney general’s desk. Jones, on the other hand, has a strong civil rights background and is seen as far closer to Biden, although that relationship could raise questions about his ability to impartially oversee a department that is actively investigating the incoming president’s son.

“Those are the competing questions,” a person following the transition closely tells CNN. “Someone perceived as above reproach or someone closer to Biden.”

None of Biden’s earlier Cabinet picks were made in a vacuum and all have been subject to both internal and external pressures. But the choice of attorney general has been more fraught, underscoring the tug of war that has come alive inside the Democratic Party, with civil rights groups and progressives working hard to influence Biden’s decision.

Because many of the people being considered for attorney general are White, sources said there is a desire inside Biden’s orbit to roll out selections for other top Justice Department jobs, including possibly deputy attorney general and the head of the department’s civil rights division.

While many Cabinet picks have been longtime advisers and loyalists to Biden, people familiar with the matter say the choice of attorney general is being viewed in a different light, in part because of the newly announced federal probe into Hunter Biden’s business dealings in China, which was launched before the election but did not become public until earlier this month.

Even before the federal probe was announced, the President-elect and chief of staff Ron Klain were said to be looking for someone who appeared above political reproach when making decisions about Trump-era investigations in the Department of Justice under the Biden administration.

Garland is see as someone who would lead the department without political influence, but he does little to excite liberals and would open up a seat on a key court.

“Harry Reid went nuclear in 2013 to enable Obama to fill seats on the DC Circuit Court of Appeals, widely seen as the 2nd highest court in the land,” tweeted Brian Fallon, the executive director of the liberal advocacy group Demand Justice, who previously worked at the Department of Justice. “Opening up Garland’s seat on that same court, when there are plenty of other perfectly good AG picks, would be most unfortunate.”

Jones is far closer to Biden and has a strong civil rights record from his prosecution of Ku Klux Klan members in Alabama but is inherently more political, given he is finishing his term as a Democratic senator.

And his relationship with Biden, while a selling point for the President-elect, could be used by Republicans to question his impartially.

Jones declined to discuss Biden’s attorney general selection or the conversations he’s had about the job while walking to Senate votes on Wednesday. Asked about the calls for a special counsel on the Hunter Biden investigation, Jones said, “I don’t think that would be appropriate for me to comment.”

Jim Cole, a former deputy attorney general, said knowledge of politics is “not always a complete disqualifier or a bad thing.”

A focus on someone who is impartial is partly borne out of Democratic reaction to Trump, who regularly leaned on the Justice Department both publicly and privately to advance some of his political goals.

And at an event over the summer, Biden said the attorney general is “not the president’s private lawyer.”

“I will not interfere with the Justice Department’s judgment of whether or not they think they should pursue the prosecution of anyone that they think has violated the law,” he said.

Garland does not have a particularly close relationship with Biden, but the argument being made on his behalf includes that he is a universally respected jurist whose previous tenure at the Department of Justice reflects that he knows the department well and would be able to navigate the need to remain independent from the White House on prosecution matters and align with it on important policy agenda items.

Jones, however, has a far stronger background on civil rights. He previously worked as the US attorney for the Northern District of Alabama and was the lead prosecutor suing KKK members responsible for the 16th Street Baptist Church bombing.

Several civil rights leaders have implored Biden to select a person of color to lead the Justice Department, given the forceful calls for racial justice after a remarkable year of protests and police brutality.

“We are in an era of heightened alert in the areas of race and criminal justice,” the Rev. Al Sharpton, who leads the National Action Network, told CNN earlier this month. “And anything that does not recognize that means that people who voted for him, feeling he would deal with this issue, will feel a sense of betrayal.”

Sharpton has said, however, that he is comfortable with Jones because of the senator’s record on civil rights.

For weeks, a small group of advisers on Biden’s transition team has been poring over Garland’s rulings and statements. He was closely vetted four years ago as a Supreme Court nominee in the Obama administration — a nomination that was never taken up by Republicans in the Senate — but the cases are being reviewed again to avoid any surprises in today’s more fractured Democratic Party.

Progressive groups bemoaned Garland’s centrist reputation in 2016, with many still blaming former President Barack Obama for choosing a nominee seen as more palatable to Republicans than some Democrats. Now the Biden transition team is beginning to work to try to answer progressive leaders’ concerns about Garland — should Biden choose him.

“Millions of people did not protest for racial justice this summer for the next attorney general to have opinions on criminal justice reform to the right of the average Democrat,” said Waleed Shahid, spokesman for the liberal Justice Democrats.

The decision on an attorney general was always expected to be one of the last Cabinet picks Biden made, given the critical importance in the post-Trump era and his long tenure on the Senate Judiciary Committee. But as the Biden transition has been stung by a series of leaks around other Cabinet picks, the conversations around those selections have gotten smaller and smaller, a source said. The hope is that Biden will be able to announce the name before Christmas.

Biden's Search For an Attorney General Complicated By 'Competing Questions'