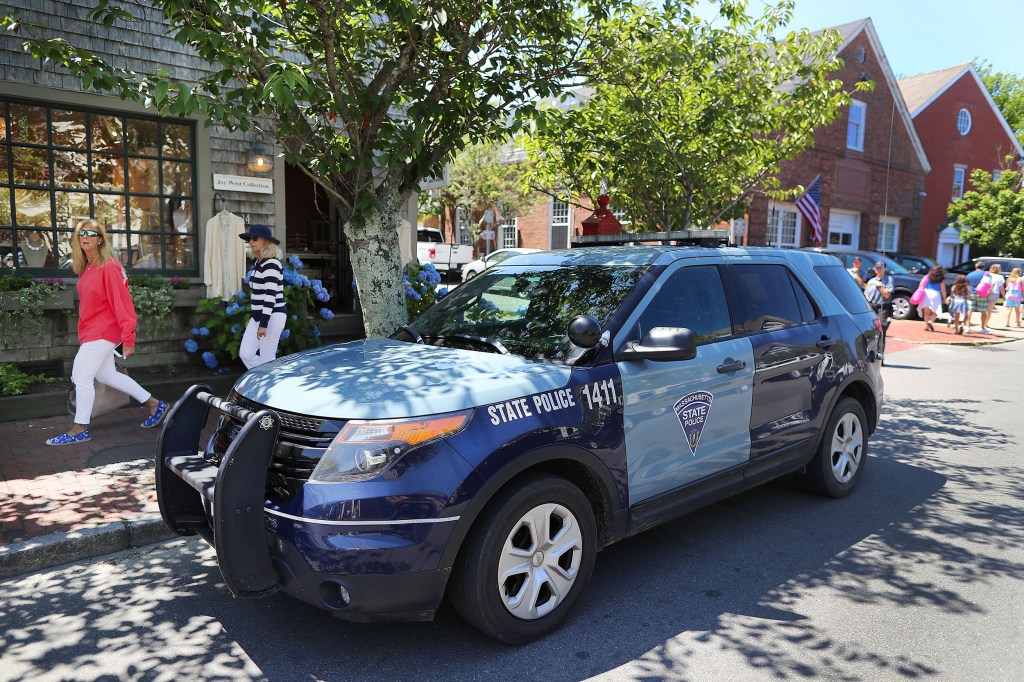 A Black former Massachusetts state trooper who served on Gov. Deval Patrick’s protection detail from 2007 to 2013 was the victim of racial and age-related discrimination when he was removed from that unit, the Massachusetts Commission Against Discrimination has ruled.

The ruling, which was made in June, was first reported Wednesday by The Boston Globe.

The ruling details the complaint brought forward by Sgt. Cleveland Coats, 63, against the Massachusetts State Police. Coats began serving on Patrick’s protection detail when Patrick was a candidate in 2006. During his tenure on the detail, Coats was one of four Black officers on the 10-member team, and the only non-White sergeant of the detail’s four.

Coats was named the detail’s second-in-command in 2009, according to the ruling, but given no responsibilities or power to go with that title.

Coats also alleged, per the ruling, that the unit’s commander routinely referred to him as “Grady,” a pejorative nickname referencing the “old, disheveled, and bumbling African-American character from a ’70’s sitcom, ‘Sanford and Son.'”

Coats and another Black trooper who reported to him were removed from the unit in 2013 without warning and transferred to the state’s Joint Terrorism Task Force, the ruling states.

“We value diversity and equality of opportunity and have made it a priority to build a Department that reflects the communities we serve, and in May swore in the most diverse recruit class in the history of the Department,” Procopio said.

He said the department is challenging the money awarded Coats, as well as presenting additional evidence regarding Coats’ transfer.

“While the pending appeal limits what we can say at this time, (Massachusetts State Police Col. Christopher) Mason has explicitly made diversity a priority since day one as Colonel,” Procopio said.

Lisa Brodeur-McGan, Coats’ attorney, said the decision wasn’t released immediately because the defendants moved to keep it private for security reasons, due to Coats’ work with the terrorism task force.

Coats retired from the State Police in 2015.

Coats’ commanding officer in the unit testified, according to the ruling, that the sergeant had failed to perform his duties properly on several occasions, a contention that the hearing officer for the Commission Against Discrimination, Betty Waxman, said was not supported by Coats’ record.

“(Coats’) spotless disciplinary record and outstanding employee evaluations over a thirty-two year state police career, his unceremonious removal from the (Executive Protection Unit) while substantially younger Caucasian members were allowed to remain,” Waxman wrote, “and his transfer into JTTF for which he lacked computer skills rather than placement into the Canine Unit where he previously thrived for eighteen years, all support a prima facie case of disparate treatment discrimination based on race and age.

“(Coats), at age fifty-seven, was transferred out of the EPU after seven years despite receiving outstanding evaluations in the unit, no discipline, and no work improvement plans or suggestions,” she continued.

“It is noteworthy that despite a voluminous written record, there is no documentary evidence of any performance deficiencies on the part of Complainant while a member of the EPU. In fact, Complainant’s yearly performance evaluations during his seven-year tenure there are outstanding.”

Coats alleged that his removal from the unit cost him significant overtime and a prestigious position. He also claimed he was not given sufficient training for the investigative work demanded by the Joint Terrorism Task Force.

Waxman ruled in favor of Coats, awarding him nearly $400,000 with 12% interest applied per year. The court also awarded Coats attorney fees to be paid by the defendants, according Brodeur-McGan. While the amount is still adjusting because of the interest, Coats’ total amount rewarded is somewhere around $1.2 million, said Brodeur-McGan.

When speaking about the decision, Brodeur-McGan said it “clearly indicates discrimination within Massachusetts State Police that is systemic.”

“At a time we are looking to reform, the state should start where there are known problems,” she said.