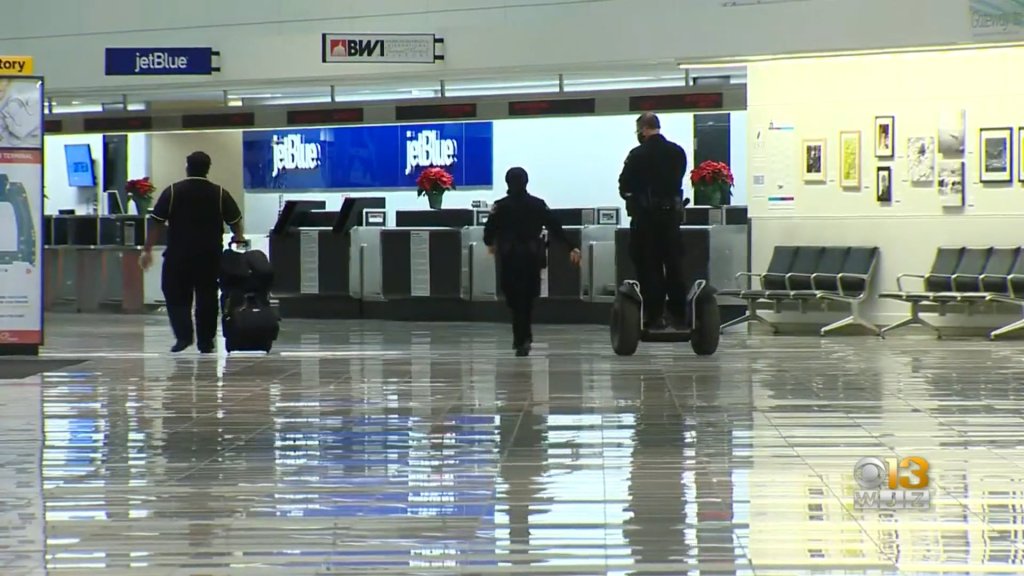 Child Stopped From Boarding a Plane Testing Positive For COVID-19

A mother and child were stopped from boarding a plane bound for Puerto Rico from Baltimore-Washington Thurgood Marshall Airport on Thanksgiving eve by Maryland State Police after they learned the child had tested positive for COVID-19.

State Police Sgt. Travis Nelson told WJZ they were contacted by the Wicomico Health Department about a child who had tested positive for coronavirus. The health department told police they couldn’t get in touch with the mother of the child to notify them.

The health department knew the two were planning on flying to Puerto Rico for the holidays and they were concerned they were going to board a plane at BWI.

MSP reached out to the MDTA to let them know they may have a COVID-positive child at BWI who was expected to board a plane that day.

Around half an hour before the flight, the MDTA found the mother and child and escorted them out of the airport. The duo never boarded the plane.

State police believe the mother and child genuinely did not know the child was COVID positive.

“We really can’t predict what could’ve happened with the spread of the virus, but what we do know is by that quick communication we were able to reduce that opportunity from ever occurring,” he said.

Last month, Gov. Larry Hogan announced the Maryland State Police began uniformed patrols around the state to enforce COVID-related orders. Those patrols will continue through the December holidays as state officials fear the growing spread of the virus.

“The intent of this particular initiative is to really go after the major offenders, the crowds of people who may come into the bars and restaurants that have historically happened the night before Thanksgiving,” Nelson said. “We want to have that visual presence of uniformed troopers working with local authorities out on the street.”

Child Stopped From Boarding a Plane Testing Positive For COVID-19