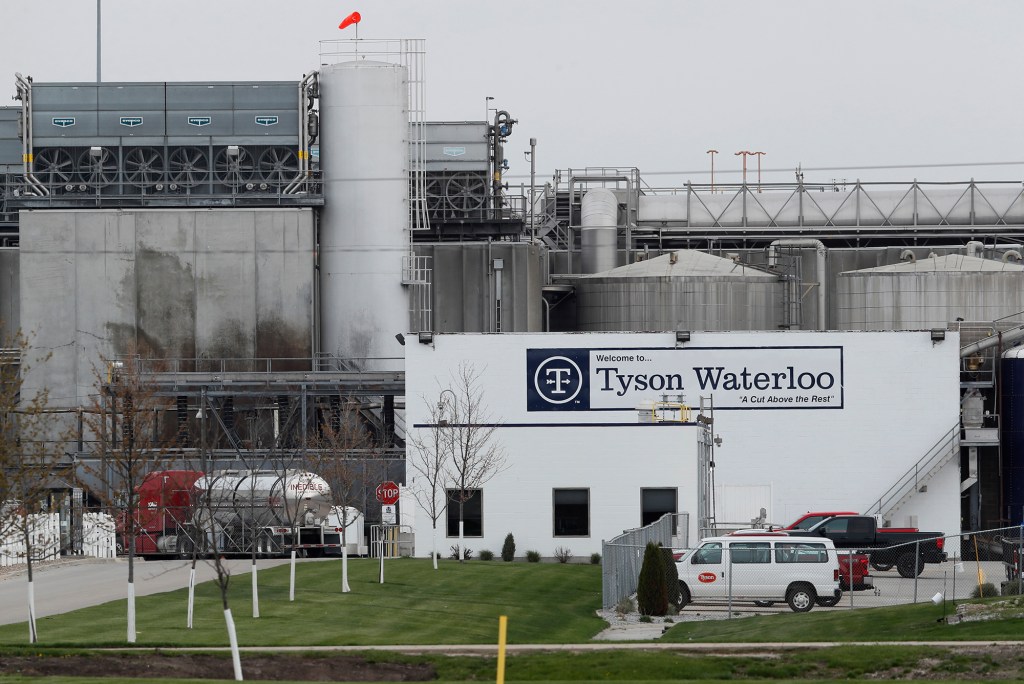 MANAGERS AT TYSON MEAT PLANT HAD BETTING POOL ON HOW MANY WORKERS WOULD GET COVID, LAWSUIT ALLEGES

Tyson supervisors at a pork processing facility in Waterloo, Iowa took bets on how many workers would get infected with Covid-19, even as they took measures to protect themselves and denied knowledge of the spread of the illness at work, according to new allegations in a lawsuit against the company and some employees.

The wrongful death suit was originally filed this summer by Oscar Fernandez, whose father Isidro Fernandez died in April due to complications from Covid-19. Fernandez had worked at Tyson’s Waterloo, Iowa facility, the company’s largest pork processing plant, before he died. The suit alleged that Tyson did not take sufficient measures to protect workers, and that the company encouraged workers to come in while they were sick.

In November, the suit was amended to include troubling new allegations about the behaviors of leaders within the Waterloo facility.

According to the updated lawsuit, “most managers at the Waterloo Facility started avoiding the plant floor because they were afraid of contracting the virus” in late March or early April. While the virus spread on the meatpacking floor, managers delegated their duties to “low-level supervisors with no management training or experience,” the lawsuit alleged. Lawyers for the defendants named in the suit did not immediately return a request for comment.

Meanwhile, the suit alleges, the supervisors named in the suit canceled safety meetings. After learning about positive cases in the plant, they told other supervisors to deny their existence, the suit says.

At the same time, they were taking bets on how many people would get sick, according to the lawsuit, which accused the Waterloo plant manager of organizing “a cash buy-in, winner-take-all betting pool for supervisors and managers to wager how many employees would test positive for Covid-19.”

“We are extremely upset about the accusations involving some of the leadership at our Waterloo plant,” Tyson CEO Dean Banks said Thursday in a statement responding to the new allegations.

“These allegations do not represent who we are,” he said, adding that the accused individuals have been suspended without pay, and that Tyson has tapped a law firm to lead an independent investigation into what happened. “If these claims are confirmed, we’ll take all measures necessary to root out and remove this disturbing behavior from our company,” Banks said. The top executive is himself named as a defendant in the lawsuit.

Plant managers also allegedly encouraged workers to stay on the job even if they were feeling sick or exhibiting symptoms, the lawsuit said. One defendant, who held an upper-management level position, allegedly told supervisors to come in even if they were feeling sick. In one case, the suit said, he stopped a supervisor who was going to get tested and told him “we all have symptoms — you have a job to do.” A worker who vomited while working on the production line was also allowed to keep working and return the follow day, according to the suit.

Meatpacking facilities, where workers often work in close quarters, emerged as virus hotspots early in the pandemic. Iowa lawmakers filed a complaint with OSHA against Tyson in April, according to local news reports. Tyson ended up temporarily idling the Waterloo facility in late April after some of its 2,800 workers called in sick. At the time, the Black Hawk County health department linked the Tyson plant to 182 of the county’s Covid-19 cases, which then amounted to 374 altogether.

Tyson said it decided to pause production at Waterloo after receiving data from the health department. It reopened the facility in May. By that time, over 1,000 Waterloo workers had tested positive for Covid-19, the county health department said in May.

As the number of new coronavirus cases continue to sharply increase across the country, Tyson says it has a plan to keep workers healthy.

During a recent analyst call discussing fourth quarter results, Banks said that the company has introduced a new strategy to monitor cases at the plant, including testing a sample of employees every week, and plans to hire a chief medical officer. It is also continuing efforts it began this spring, like giving employees face masks, installing dividers and other measures.

MANAGERS AT TYSON MEAT PLANT HAD BETTING POOL ON HOW MANY WORKERS WOULD GET COVID, LAWSUIT ALLEGES