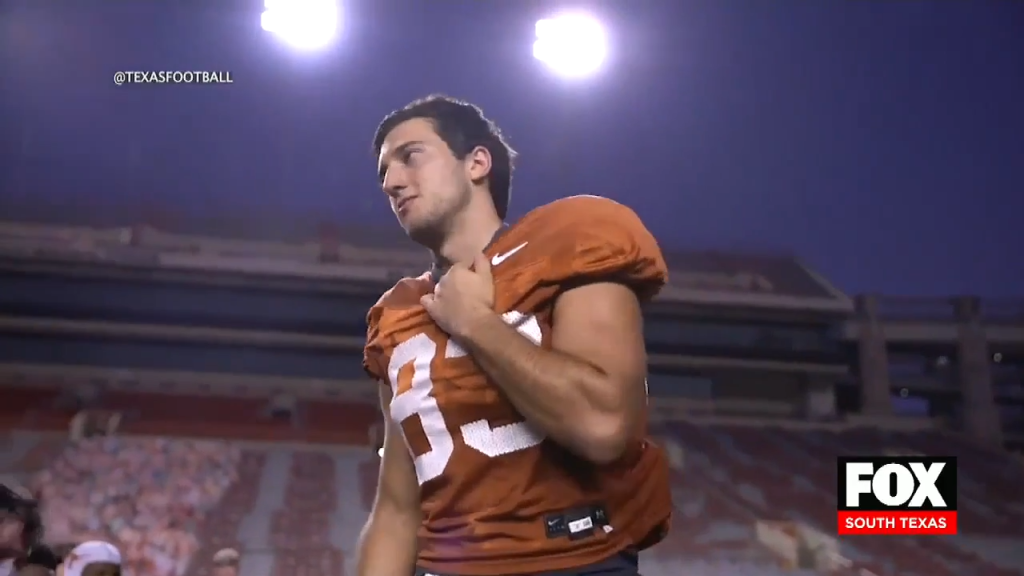 After joining the Texas Longhorns, Brownsville native wide receiver Kai Money was surprised with a full ride scholarship. Kai Money played high school football back in the Rio Grande Valley with St. Joseph’s Academy. It was Kai’s parents who gave him the news in front of his teammates on the big screens of the Darrel K. Royal Memorial Stadium. Money thanked Coach Herman and his teammates, saying that this wouldn’t be possible without their help. So far, Money has seen activity during all of the Longhorns games this season.