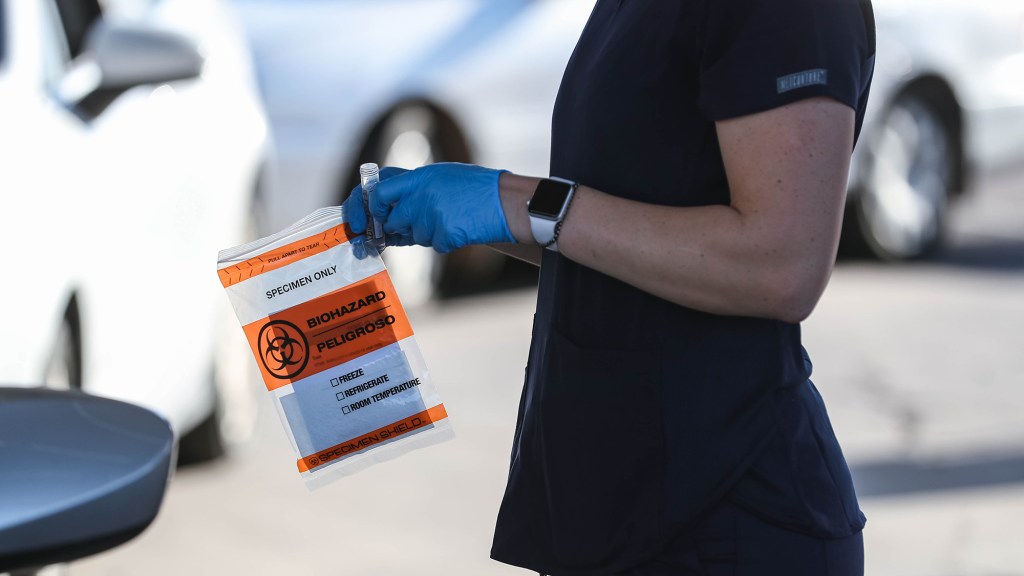 Besides the new case numbers, by Friday evening there had been at least 1,137 deaths, according to Johns Hopkins University.

Additionally, more than 54,000 Americans are hospitalized with Covid-19, with about 11,000 of them in intensive care, according to the COVID Tracking Project.

Officials around the nation are warning that hospitals could soon run out of capacity. And more hospitalizations and people in intensive care could also lead to a rise in deaths.

Harvard University epidemiologist Marc Lipsitch warned on Friday that coronavirus infections could double over the next month. And an ensemble forecast by the US Centers for Disease Control and Prevention projects another 31,000 people could lose their lives over the next two-and-a-half weeks.

And at least 38 states are reporting more new infections than the previous week. Only two states — Alabama and Tennessee — are trending in the right direction.

At least 236,064 Americans have died from Covid-19, and there have been at least 9,732,932 US coronavirus cases since the pandemic’s start, Johns Hopkins University data show.

In Kansas City, hospitals are reaching capacity because of the strain of Covid-19, officials say.

Chief medical officers from seven hospital systems told reporters that city hospitals could be overwhelmed in a matter of weeks. They said that hospitalizations in the region were at their highest levels since the pandemic started.

A major concern, they added, is that there wouldn’t be enough staffing at hospitals to support patients with the virus.

The state has reached its greatest number of Covid-19 hospitalizations to date, surpassing its peak in April, the department said in a news release.

“Keeping hospitals at or below demand capacity will require substantial and rapid action to prevent transmission,” according to the release.

As the situation around the country worsens, state and local officials are taking new steps to prevent the spread of the virus — despite the fatigue that many are feeling.

Officials in Rhode Island, Oregon and Denver, for example, are recommending nightly curfews.

On Friday, Denver officials announced a 10 p.m. curfew for residents and nonexempt businesses — a last-ditch effort to curb rising cases and avoid another citywide stay-at-home order.

The curfew, which Mayor Michael Hancock called a “Home By 10 Order,” goes into effect on Sunday and will last 30 days. It differs slightly from a traditional curfew because it came from the city’s health department rather than the mayor’s office.

That means that public health officials will enforce the order rather than law enforcement.

Oregon Gov. Kate Brown called on some counties to take a two week “social pause,” as the state reported a record 805 new cases on Friday.

The “social pause” limits indoor social gatherings to single households or a maximum or 6 people, and limits indoor recreation spaces such as gyms and museums to 50 people. Restaurants will be required to limit capacity to 50 people with a maximum group size of people sitting together at six.

Starting November 11, counties that are recording 200 cases per 100,000 people over a two week period will be required to follow the “social pause,” Brown said.

“This is a wake-up call,” she said. “I don’t want to have to take further actions to stop the spread of COVID-19, because I know it will have a devastating impact on our businesses both large and small, but I absolutely will.”

Rhode Island Gov. Gina Raimondo announced a stay-at-home advisory that will last from 10 p.m. to 5 a.m. on weeknights and will begin at 10:30 p.m. on Friday and Saturday. That advisory, one of several new restrictions, also takes effect on Sunday.

Gatherings such as house parties have been the main source of virus spread in the state, the governor added. And if those don’t stop, she said, “I will be back in two weeks with a shutdown order.”

More than 1 million US Covid-19 cases and more than 59,000 deaths could have been prevented by early May if mitigation steps had been implemented two weeks earlier, according to a modeling study published Friday in Science Advances.

Sen Pei, a research scientist at Columbia University, and colleagues built a Covid-19 transmission model that looked at all US counties from February 21 through May 3.

Broad coronavirus transmission control measures were announced March 15, researchers wrote. But had interventions such as social distancing and business closures started a week earlier on March 8, there would have been 600,000 fewer confirmed cases and 32,000 fewer deaths.

If those interventions started two weeks earlier, on March 1, there would have been more than a million fewer confirmed cases and more than 59,000 fewer deaths, the authors found.