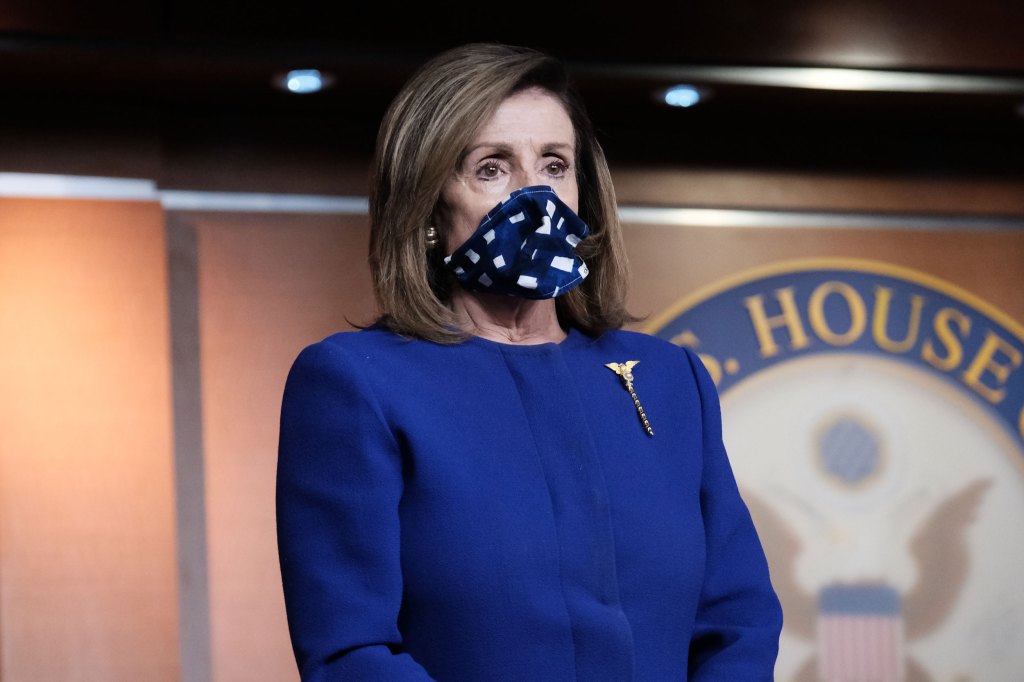 House Speaker Nancy Pelosi and Treasury Secretary Steven Mnuchin, the two top negotiators for a new round of coronavirus relief, are engaged in a public war of words after weeks of private negotiations — casting new doubt on whether congressional Democrats and the Trump administration will be able to reach agreement on stimulus legislation even after next week’s election.

On Thursday afternoon, Mnuchin slammed Pelosi in their highest-profile clash so far, saying the speaker is refusing to compromise to get much-needed aid to Americans.

“Your ALL OR NONE approach is hurting hard-working Americans who need help NOW,” Mnuchin wrote in a letter.

His remarks came after Pelosi sent her own letter to Mnuchin earlier Thursday that emphasized just how divided the two sides remain on the details of a potential stimulus bill and hit the Trump administration for not accepting Democratic demands on key issues including funding for state and local governments, school safety provisions, childcare and unemployment insurance.

“The American people are suffering, and they want us to come to an agreement to save lives, livelihoods and the life of our American Democracy as soon as possible,” Pelosi wrote.

Mnuchin said he first learned of Pelosi’s letter from reports in the press Thursday morning, and he “can unfortunately only conclude that it is a political stunt.”

The confrontation between the two is inauspicious for the odds of a new stimulus bill. When everyone else had essentially given up on the idea of another round of coronavirus relief over the summer, Pelosi and Mnuchin continued to have phone calls to negotiate and work toward a deal.

With Democratic leaders standing firmly behind their call for a massive aid package and Republican lawmakers instead advocating for a much smaller, targeted bill, an agreement never really appeared imminent. But Pelosi and Mnuchin continued to insist progress was being made — and sometimes it was — as they held talks and exchanged language for the legislation.

Both had previously expressed hope that a deal could be finalized before Election Day, but talks have faltered in recent days.

Drew Hammill, Pelosi’s deputy chief of staff, responded to Mnuchin’s letter in a statement. He said the White House has still not given Democrats “meaningful responses in the areas the Speaker outlined.”

“These responses are needed so that talks can advance to deliver coronavirus relief as soon as possible,” Hammill said. “It is disappointing that the White House wasted time on this letter instead of meaningful responses to meet the needs of the American people.”

At a news conference earlier in the day, Pelosi said the talks were not over. She indicated she is eyeing the congressional lame duck session after the election as an opportunity for lawmakers to approve new aid.

A government funding deadline on December 11 and the conclusion of the 2020 campaign season could provide momentum for members of Congress to pass more relief, although such a scenario is far from certain.

Pelosi said she wants to advance legislation before the presidential inauguration in January because “first and foremost, the American people need help.”

Second, she said, if former Vice President Joe Biden wins, Democrats “want to have as clean a slate as possible” for other legislative priorities.

This story has been updated with additional developments Thursday.