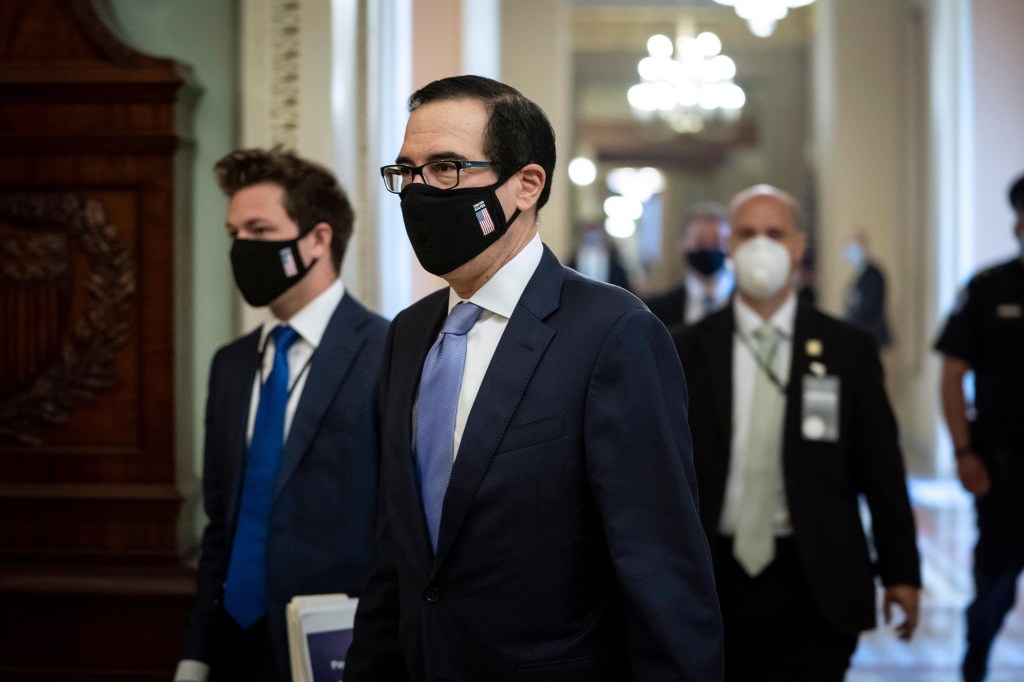 The reimbursement, which the Uniformed Firefighters Association announced Monday, appears to resolve an ongoing back-and-forth between New York officials and the federal Treasury Department over the funds previously shorted to the FDNY World Trade Center Health Program.

“For over a decade, the FDNY has been forced to shoulder the burden of debts owed by the NYC government. Since this issue was brought to my attention, I have been personally engaged in ensuring that New York’s Bravest receive everything that they are due from the U.S. government,” Mnuchin said in a statement.

“The firefighters who answered the call of duty in response to the terrorist attacks of September 11, 2001 deserve the nation’s total support. I am delighted that (The Centers for Medicare and Medicaid Services) has wired payments to the FDNY refunding the past offsets applied to cover unpaid NYC debts,” he continued.

“I am also pleased that this issue has been successfully resolved, and that World Trade Center Health Program payments are now protected from future offsets.”

Earlier this month, Mnuchin had acknowledged that his department withheld $3.92 million since 2004 from the program because of other debts New York City owed the federal government, according to a letter he sent New York City Mayor Bill de Blasio.

In the letter, Mnuchin agreed that the city’s firefighters shouldn’t suffer the consequences of federal debt squabbles, but still said it’s on the city to rectify the funding gap.

A spokesperson for de Blasio previously told CNN, “The Trump administration should have never held these funds hostage in the first place” but emphasized that “we are happy they realized their error.”

“We will continue to monitor this progress to ensure funds are available for first responders without federal interference.”

The FDNY World Trade Center Health Program helps provide comprehensive physical and mental health services to all active and retired FDNY members who responded to the 9/11 attacks, at no cost to the program members. The Centers for Medicare and Medicaid Services, a federal agency within the Department of Health and Human Services, is responsible for disbursing funding to the program.

The FDNY United Firefighters Association spoke publicly in recent months calling on the federal government to make the funds right.